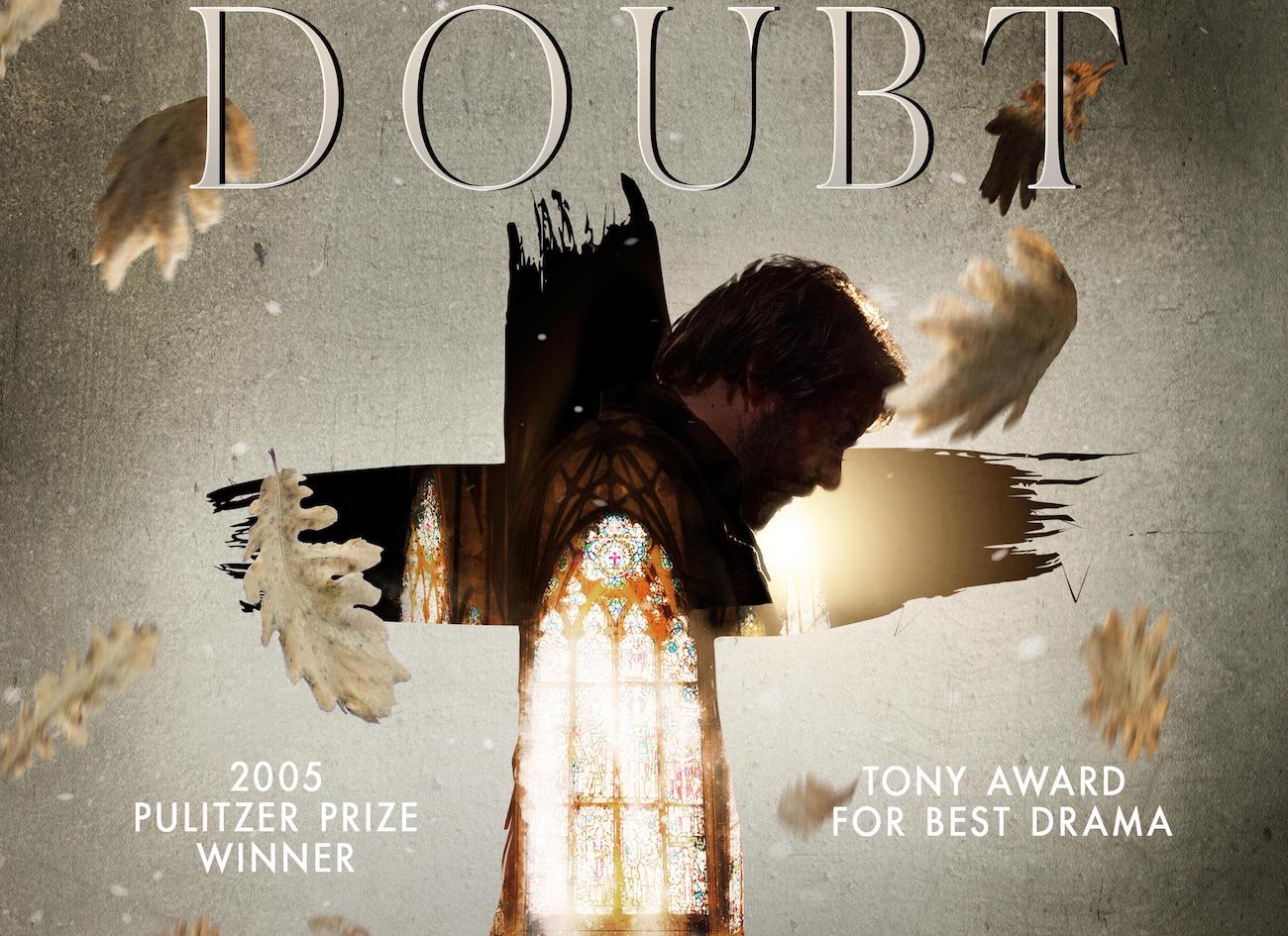 Torch Players Doubt will play at the Belltable from Wednesday 9th – Saturday 12th March commencing at 8pm each night.

In 1964 the winds of change are sweeping through St. Nicholas school in the Bronx. “What do you do when you’re not sure?” So asks Father Flynn, the progressive and much-loved priest at the school. Father Flynn is a charismatic priest, who advocates reform of the school’s strict customs. After hearing Father Flynn’s sermon about doubt Sr. Aloysius, the school principal, worries that the priest is having troubled thoughts. When Sister James comes to her several days later and says that Father Flynn has taken a special interest in the first, and only, black student in the school, she is quick to act, telling Sister James that they must investigate the situation on their own. She realises that the only way to get justice is to create it herself.  And as for the truth of the matter? As Father Flynn says, “Doubt can be a bond as powerful and sustaining as certainty.”

While Father Flynn urges the congregation to accept doubt and its role in human life; Sister Aloysius reacts and seeks to embody its contrary – certainty.  The playwright delves into the murky shadows of moral certainty, the characters always balancing on the thin line between truth and consequences. As audience members, you are made to examine your own scepticism and judgments surrounding individuals and institutions. Doubt is a superb, compelling drama that will raise questions and answer none, leaving the audience to grapple with the discomfort of their uncertainties.

Doubt was the recipient of the Pulitzer Prize as well as Tony, Drama Desk, New York Drama Critics’ Circle and Lucille Lortel awards for Best Play.

“We are a long-running, local, amateur drama group and we rely on ticket sales to survive. Now, as we seem to be recovering somewhat from the pandemic, we hope to get people into the Belltable to see our show,” saysTorch Player member Daordre Minogue.

Torch Players were founded back in 1976 by director Maurice O’Sullivan. Speaking to ilovelimerick, Maurice speaks of how he evolved the group saying, “I was teaching, and doing plays in schools with kids, and they all left school around the mid-70s, and I met one or two of them on the street around September ’76 and they said, ‘Will you do a play with us?’”

The multi-award winning director pays homage to his cast, and members from the long-term members, to the newcomers that have joined the Torch Players drama group more recently, and touches on the meaning of the Torch Players, through “passing the torch to the new members.”

The Torch Players Doubt will play at the Belltable from Wednesday 9th – Saturday 12th March commencing at 8pm each night.

To get tickets for the Torch Players Doubt go HERE

Related Topics:belltableTorch Players Doubt
Up Next