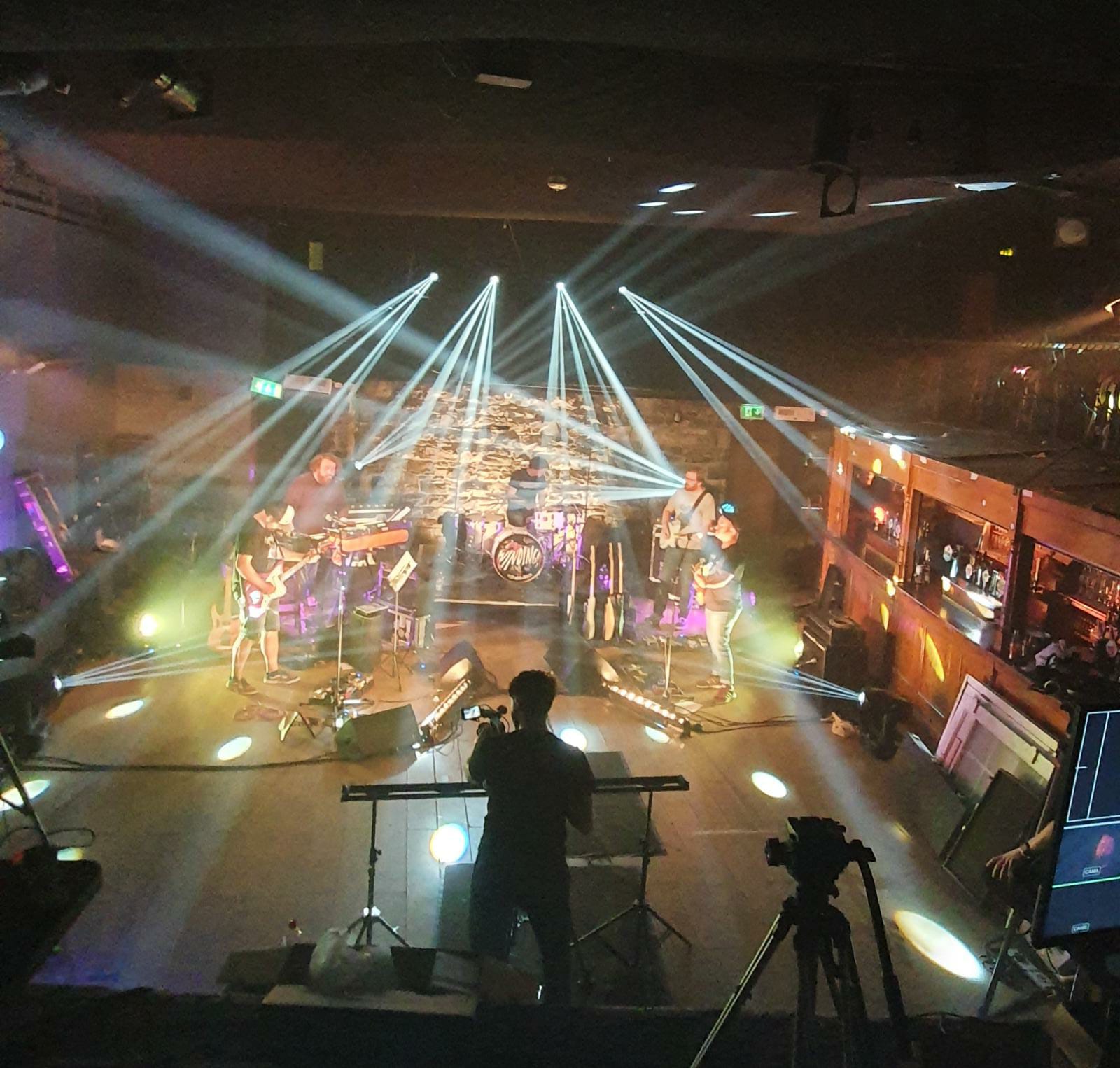 Nua, in association with Dolans Presents, have announced that Paddy Dennehy and Toucan will feature as the second in a series of live streaming gigs to be broadcast from the Dolans venue on this Saturday, 27th June.

Nua is a series of live music performances that are streamed online produced by a team of Limerick-based multidisciplinary artists, professionals and creatives.

Nua aims to re-establish the symbiotic connection between artists and audience, while simultaneously providing essential support to and opportunities for individuals who work and rely on an industry that has been brought to a standstill.

The Nua concept was the brainchild of both Ben McMahon and Liam Marley who work as production managers for Dolan Presents.

“We knew that we will be waiting some time for live gigs to return. We had an option to wait at home or to try being a bit innovative by turning the new normal into a creative opportunity”, Mc Mahon says .

“At first we saw the idea as an experiment to see if there was value in it. We knew we had the right connections with those who had the creative ability to pull off such an idea”, he says.

McMahon stresses the importance of production values when it comes to the Nua project.

“We have placed a huge emphasis on putting a team together who know what they are doing. Sound and vision quality has got to be top of the agenda. If not done correctly our brand would look poor. Getting it right from the beginning was key”, McMahon adds. 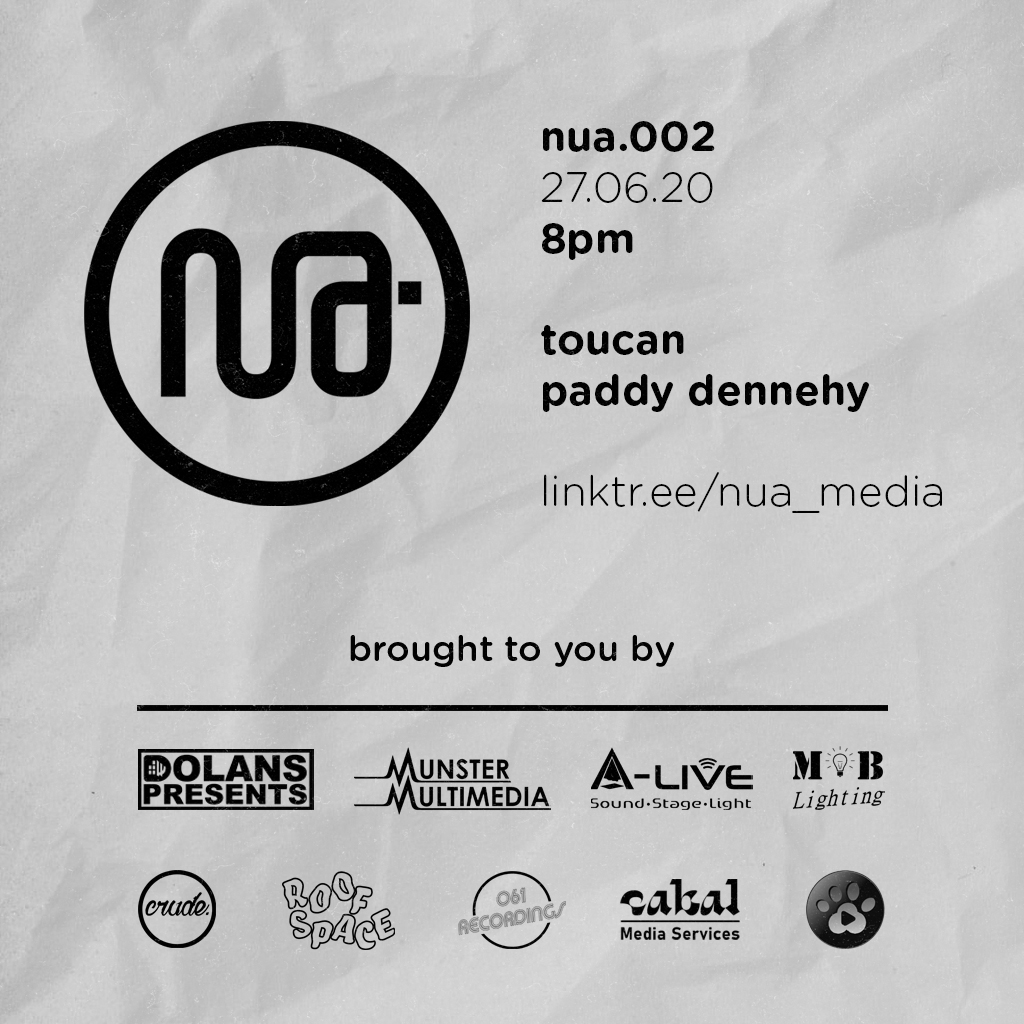 Nua aims to re-establish the symbiotic connection between artists and audience.

The initial Nua team included a host of Limerick talent including sound engineers, broadcast mixers, lighting designers and filmmakers. Names like Dave O’Brien, Michael O’Brien, Shane Serrano and Ciaran Culhane all played their part in the initial stages with the production team now up to 14 people.

“These are guys who are normally booked solid. Getting them together was a real coup for us”, Ben says.

“To work as a team and see the project come to fruition last Saturday night was very rewarding. We knew the effort was worth it”.

The Nua project is once again giving artists and production professionals the opportunity to use their talents at a time when their world has come to a standstill. Viewers are invited to make contributions should they wish.

“We are giving musicians an opportunity to gig. We are setting a standard and also creating a potential income stream. Most importantly we are reminding viewers of what existed before and what will, in time, come back. We want the Nua project to instill a sense of hope and excitement about returning to see a live gig in the future”, Mc Mahon says.

The Nua team acknowledge the reality that a live gig can never be replicated on screen. What they are attempting to do is mirror the atmosphere of the gig experience through a live streaming format. The Nua production values are fed from a need to create something new and different for the viewer.

Even after only one gig they are already bouncing new ideas off each other. The team have even discussed the ambitious idea of growing the project to incorporate multiple cities.

“We saw the challenges; we recognised where we needed to improve and learned the possibilities that exist as we move into the next gig. Working with both Windings and Paddy Mulcahy gave us a very strong start. This weekend we are featuring Paddy Dennehy and Toucan. With different bands and different music styles will come different production values. That diversity is what is making this project so exciting”.

The cost of producing something like this is not small. Apart from the performers themselves, each Nua broadcast requires a production team that wouldn’t be far off that required for the production of an actual music video.

“We broadcast live and hope that people recognise the value of what they are getting. We hope they feel that they want to donate something toward the production. Last week was a tester but people responded.  We put last week’s production together in just under a week and yet the response was phenomenal. They liked what they got and many were willing to contribute. We just hope that we can continue to deliver”