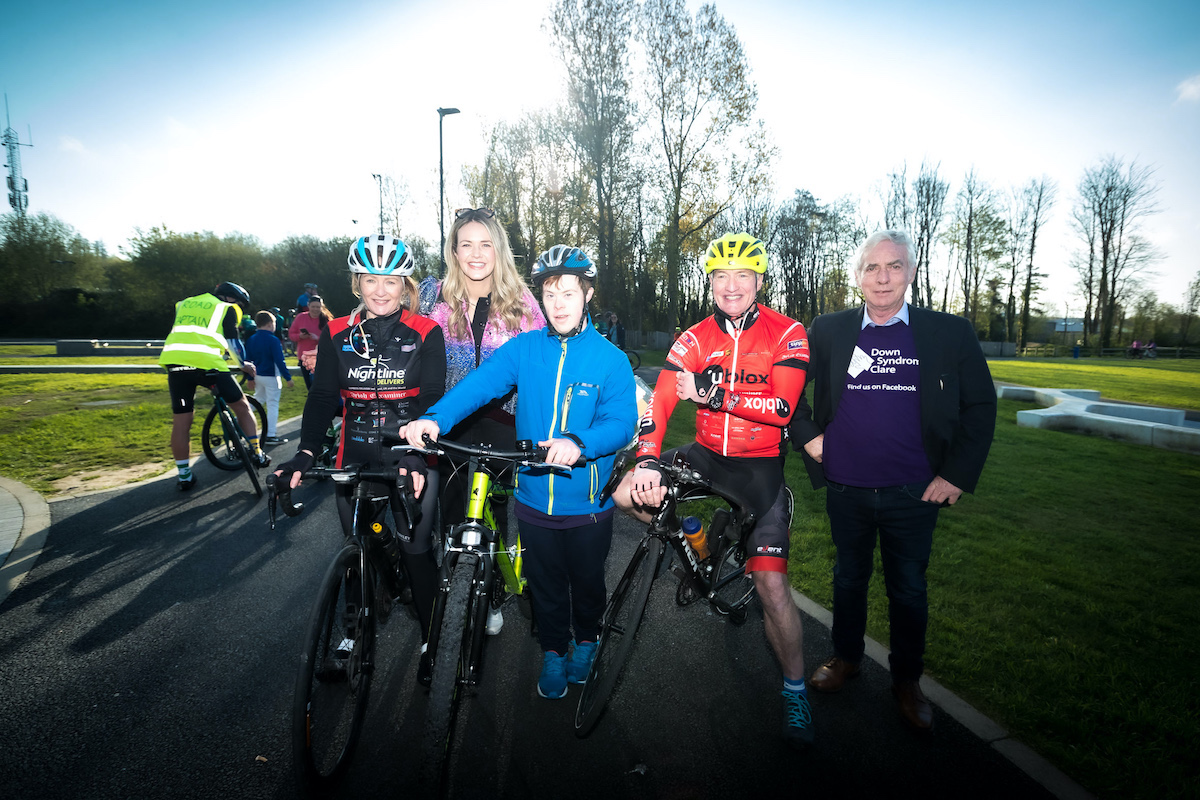 Details of the charity partnership, that sees the annual 600km Tour de Munster charity cycle once again share the journey with Down Syndrome Ireland (DSI) Munster branches have been officially announced.

This will be the 13th successive year that the national charity has been the beneficiary of the popular cycle around the six counties of Munster, which this year is set to take place from Thursday to Sunday, August 4-7.

Entering its 22nd year, Tour de Munster has raised over €3.9 million for its beneficiaries, with over €3.5 million for DSI alone since it became the main beneficiary of the tour in 2010.

Last year was certainly a year to remember for Tour de Munster, as it raised its largest sum to date for the Munster branches of Down Syndrome Ireland – a staggering €522,201.

Funds raised as a result of Tour de Munster 2022 play a significant role across each Munster branch of Down Syndrome Ireland who provide a range of vital supports and services to children and adults with Down syndrome and their families.

Commenting on the Tour de Munster 2022 partnership, Paul Sheridan, who established Tour de Munster, said, “The Munster branches of Down Syndrome Ireland are an extremely worthy beneficiary of the Tour and over the last 13 years of our partnership, we have received a huge amount of support from the six branches and families themselves who benefit from the funds raised. The amazing children and adults who rely on the services provided by their local DSI branches are the reason we put so much hard work in. Over the past 13 years, I have seen many members grow up to become wonderful young adults and to see what they achieve, big or small, spurs us on to keep the pedals spinning.”

Speaking about the Partnership Announcement, Ellen Tuffy, Chairperson of Down Syndrome Limerick said, “We are thrilled that DSI Munster branches have been selected as the beneficiaries of this year’s Tour de Munster to continue this fantastic partnership. The support DSI has received through this partnership over the past twelve years has been remarkable. The funds raised by Tour de Munster are hugely appreciated by DSI Limerick and Munster branches. As a parent of a child with Down syndrome, the money raised has a huge impact on the ability of the charity to deliver much needed services to our children. I can’t thank the Tour de Munster team enough for its continued support.”

The Tour de Munster 2022 will kick off from Cork City on Thursday, August 4 and continues over four days around the six counties of Munster before returning to Cork City on August 7.

For more information on the Tour de Munster, go HERE

For more information on Down Syndrome Ireland, go HERE

For more stories on Down Syndrome Limerick, go HERE