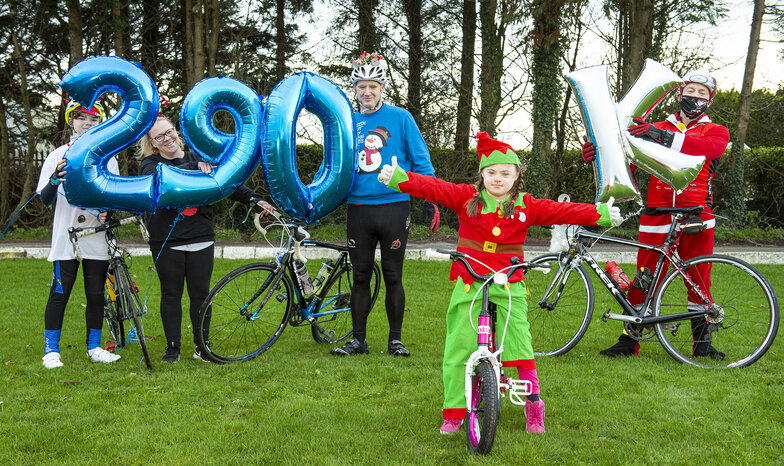 The Tour de Munster charity cycle which raises vital funds for the Munster branches of Down Syndrome Ireland (DSI) and individual beneficiaries has raised an incredible €340,000 following its 600km tour across the six counties of Munster in August. Tour de Munster 2020

The tour, which celebrated 20 years in August, has raised over €3.4 million for charity since 2001, with over €3 million raised for the Munster branches of Down Syndrome Ireland. 2020 marked the 11th year that Down Syndrome Ireland’s Munster Branches have been the main beneficiary of the popular charity cycle, where participants also have the option of choosing their own beneficiary for whom they will raise funds and awareness.

The Munster branches of Down Syndrome Ireland play a vital role in the lives of children and adults with Down syndrome. Due to the COVID-19 pandemic, the branches saw the majority of their vital fundraising events cancelled which they rely so heavily on. Funds raised as a result of the 2020 Tour de Munster charity cycle have never been more important.

Taking place over four days from August 6 to 9, Paul Sheridan, founder of the Tour de Munster and cycling legend Seán Kelly, a long term supporter of the tour were joined by cyclists as they departed Cork City Hall, covering an average of 150 km per day through the towns and villages of Cork, Waterford, Tipperary, Limerick, Clare and Kerry before completing the tour on the top of Patrick’s Hill in Cork City.

Speaking on the funds raised, Paul Sheridan, founder of the Tour de Munster said, “The Tour took a new approach this year with new and additional safety measures to protect all those involved but this didn’t dampen the spirit of the tour. Participants were driven more than ever to raise much-needed funds and awareness for some fantastic charities, especially DSI’s Munster branches whose members turned out in force to cheer participants in every county. It’s hard to believe the tour began 20 years ago and we are blown away by the continued support from participants, the public and of course the many businesses, in particular, this year’s main sponsors, u-blox and UPS.”

The funds raised for the Munster branches of DSI will be shared among their six branches to fund services for people with Down Syndrome. The individual charities that benefited from the 2020 Tour de Munster are West Cork Down Syndrome Support Group, Enable Ireland, Cope, Marymount and Friendly Call Cork.

For more stories on Down Syndrome Ireland go HERE

The Quiz Masters 80s Quiz Night in support of CARI