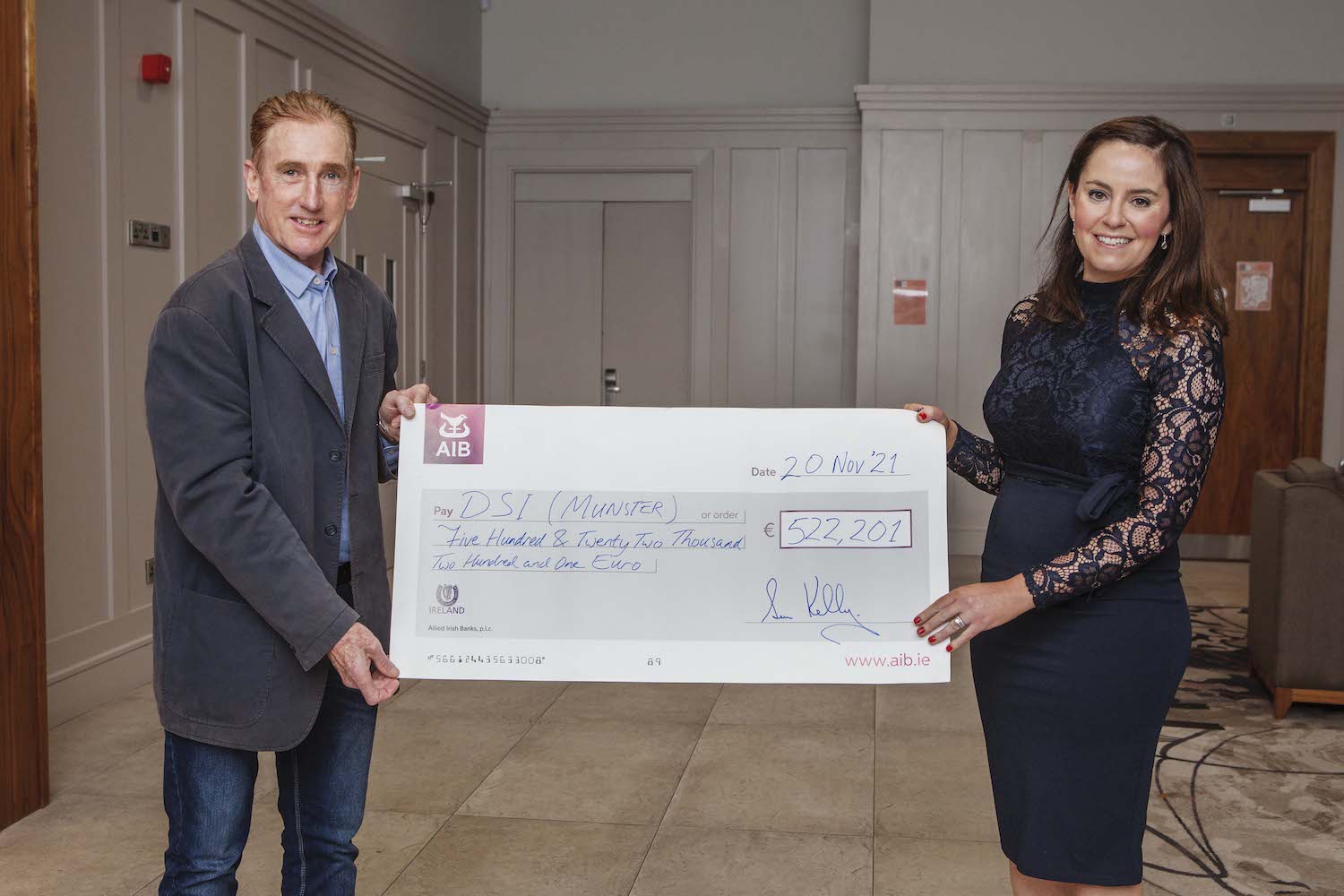 2021 will certainly be a year to remember for Tour de Munster, not only as the Tour celebrated its 21st edition, but also raising a phenomenal €522,201-  its largest sum to date for the Munster branches of Down Syndrome Ireland.

The grand total for Tour de Munster cycle 2021was revealed at a cheque presentation on Saturday, November 20th with cycling legend and long term supporter of the Tour, Sean Kelly, presenting the cheque. Since the tour began in 2001, over €3.9 Million has been raised for charity with over €3 million raised for the Munster branches of Down Syndrome Ireland.

Funds raised as a result of the Tour de Munster cycle 2021 will play a significant role across each Munster branch of Down Syndrome Ireland who provide a range of vital supports and services to children and adults with Down syndrome and their families.

In their quest to raise vital funds and awareness, this year’s Tour saw over 150 amateur cyclists make their way across the six counties of Munster, travelling over 600km from August 5th – 8th, supported by friends, family members and many volunteers along the way.

Sean Kelly, who celebrated his 16th Tour de Munster, once again led the 150 cyclists through the beautiful towns and villages of Cork, Waterford, Tipperary, Limerick, Clare and Kerry, covering an average of 150 km per day.

Paul Sheridan, who established Tour de Munster in 2001, was once again amazed by the magnificent support the Tour received again this year. Speaking at the cheque presentation, Paul said “I am so proud of everyone involved in this year’s Tour de Munster. We are over the moon to have raised such a phenomenal sum of €522,201 which will go a very long way in supporting the fantastic work carried out on a daily basis by the Munster branches of Down Syndrome Ireland. None of this would have been possible without the huge dedication and efforts made by cyclists, volunteers and supporters. We are very grateful to the many companies and the public who have supported the Tour in the past 21 years, in particular this year’s main sponsors u-blox and UPS for their continued support.”

Speaking at the cheque presentation, Ellen Tuffy, Chairperson of Down Syndrome Limerick said, “From us all here at Down Syndrome Limerick, we are so thankful to Tour de Munster for their commitment to our charity and the help and support they provide in raising vital funds. We would like to give a special thanks to everyone who went above and beyond this year to raise funds; the hard work has paid off and 2021 has been the most successful Tour to date. The funds raised has a palpable impact on the charity and on the children and adults with Down syndrome availing of services with us.”

For other stories about Tour de Munster go HERE