By Richard Lynch on November 30, 2019@richanthon 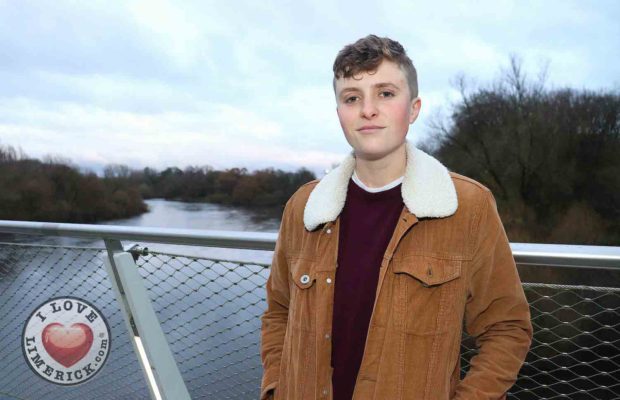 Transgender man Will Keohane from Castletroy, Limerick pictured at the University of Limerick on Tuesday, November 26. Picture: Kate Devaney/ilovelimerick.

Transgender man, Will Keohane has reached out to the public for help in a bid to raise enough funds to go to Toronto for gender affirmation surgery.

The 23-year-old Limerick man is currently fundraising for top-surgery, a gender-affirming surgery performed on the chest to alter the chest appearance.

Although top-surgery is similar to a mastectomy, a routine operation carried out across the country, there are no surgeons in Ireland willing to perform gender-affirming procedures.

Will announced came out to family over 18 months ago and has been actively transitioning for the past year.

Due to the long waiting periods and systematic barriers in Ireland’s health care system, Will has received much of his care to date in the UK but in order to take the next steps in his journey, he will need to go further afield.

Since, unlike so many other trans-Irish, going to Poland alone isn’t an option for Will, he has no choice but to go to family and friends in Toronto where he can receive the surgery he needs.

“Closer to home, many Irish transgender people chose to go to Poland for surgery. But this means a major operation and a two-week stay in a country where they don’t speak the language and don’t have friends or family around to support them. Unfortunately, there are very few other options for Ireland’s transgender population”, says Will.

The cost of top surgery in Canada, including flights, is over €10,000 so Will has set up a Go Fund Me page in the hopes you might be interested in helping his cause.

This has not been an easy experience for Will with him saying in his Go Fund Me page, “In all seriousness, coming out has been the hardest thing I’ve ever faced. There were many times over the last year where I did not think I could do this. I considered several times, giving up; going back to feeling uncomfortable every time someone called my name, every time I entered a bathroom, every time I spoke”.

Speaking of the donations to date, Will says, “I cannot believe it. The outpouring of support from people in Limerick has been incredible. I am so proud to call this city my hometown.”

Please consider sharing or donating to help someone from our city who needs your support.