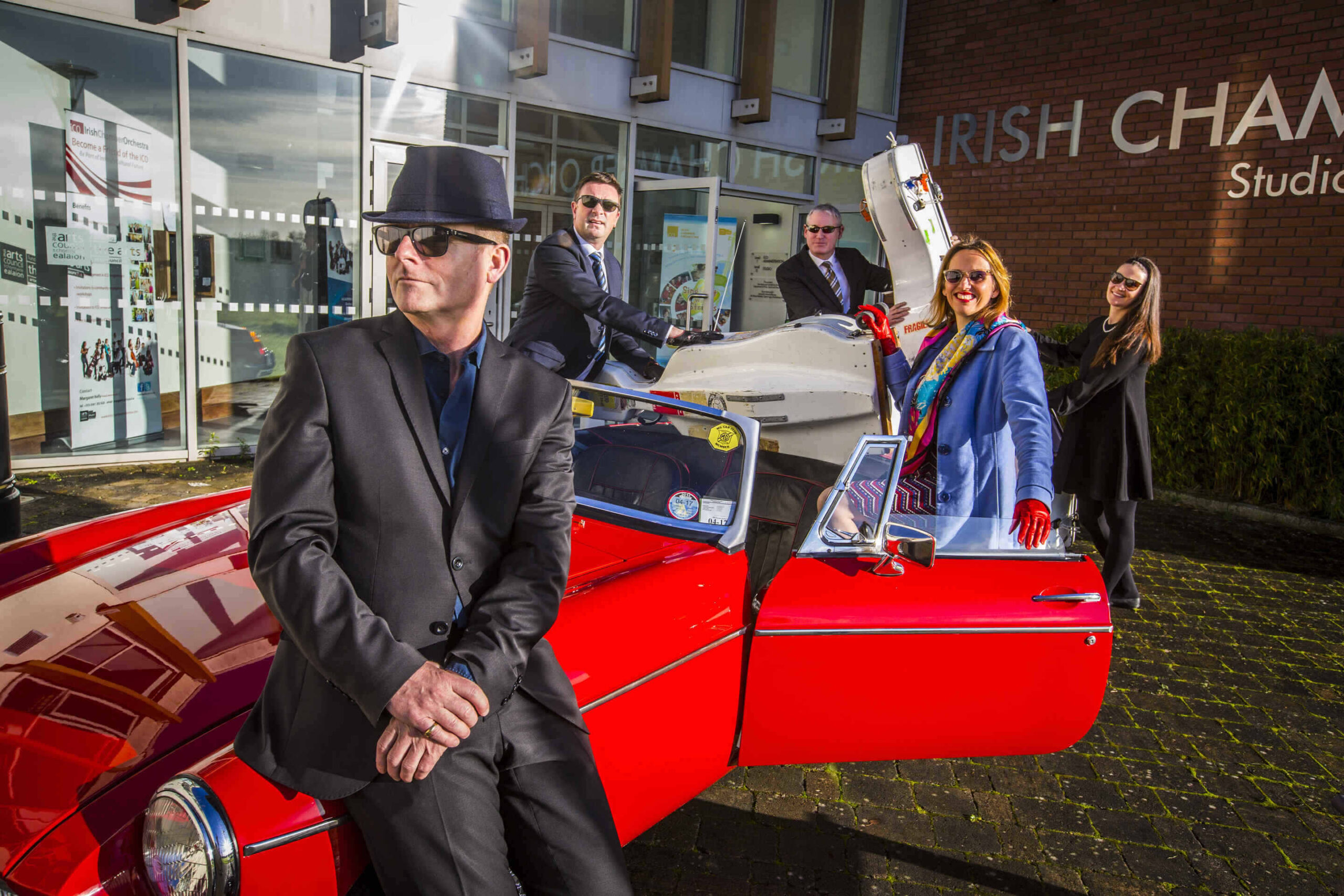 István Várdai is celebrated for his joyous energy, rhythmic vigour, and elegant grace in his soulful renditions of repertoire for cello

The Irish Chamber Orchestra is back on the road Travelling with Mozart, an exciting compendium of music and words featuring renowned Actor, Stephen Brennan directed by  Hungarian Cellist István Várdai.

When Mozart wasn’t busy composing some of the most beautiful music ever written, he could be found writing colourful letters to his family and friends. In this unique collaboration, the ICO brings Mozart to life through letters interspersed with music from Mozart’s travels.  The orchestra performs this delightful showcase in Limerick, Waterford and Ballybunion on the 26,27 and 28 May.

A 14-year-old Mozart toured Italy with his father, Leopold.  In Milan, he had his first operatic success with Mitridate!  Italian Minuets inspired Mozart, as István Várdai and ICO showcase Boccherini’s String Quintet in E Major, lauded for its celebrated Minuet.  Rome proved inspirational for Mozart’s Symphony No. 45 which brims with youthful vitality. In later life, Mozart travelled to the Czech Republic where Prague became the catalyst for his bright, boisterous Prague Symphony with its beautiful Andante. It was there that he befriended the brilliant cellist and composer, Anton Kraft. Their celebrated Dresden performance of Kraft’s concerto was lauded by critics, including Beethoven, and is ignited here by István Várdai and ICO.

István Várdai is celebrated for his joyous energy, rhythmic vigour, and elegant grace in his soulful renditions of repertoire for cello.  He has performed with ICO at home and abroad including a US Tour.

Actor Stephen Brennan is no stranger to Irish audiences.   His appeared Emmet Kirwan’s Straight to Video at The Project Arts Centre. He played the Captain in Woyzeck in Winter, at The Gaiety, Dublin, and at The Barbican London.   Stephen was a long-standing member of the Abbey Theatre, spent time at The Royal National Theatre in London and has done a large body of work at the Gate Theatre, Dublin as well as substantial work in film and television.

The Irish Chamber Orchestra is Ireland’s most dynamic ensemble.  Mixing traditional repertoire with new commissions and collaborating with everyone from DJs to dance companies, the ICO pushes the boundaries of what a chamber orchestra can do.

The Limerick-based Irish Chamber Orchestra is resident at the Irish World Academy of Music and Dance at the University of Limerick and is funded by The Arts Council of Ireland/An Chomhairle Ealaíon.

The ICO with István Várdai and Stephen Brennan visit St. Mary’s Cathedral, Limerick, Christ Church Cathedral, Waterford, and Tinteán Theatre, Ballybunion on the 26, 27 and 28 May respectively with this wonderful collaboration.

Kraft Concerto for Cello and Orchestra in C major, Op. 4

To book tickets for this event go HERE

For other stories on Irish Chamber Orchestra go HERE

Related Topics:Irish Chamber Orchestra
Up Next