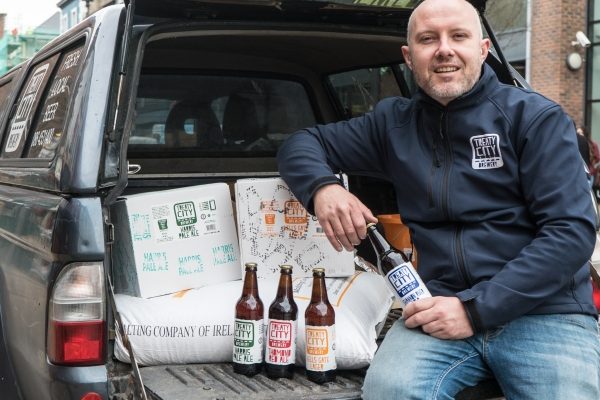 In celebration of Limerick’s St Patrick’s Festival, Treaty City Brewery will release six experimental beers. The never before tasted beers will be in six bars, found along Limerick’s Craft Beer Trail, a new beer in every bar, for two days only! Scorecards filled out by punters will reveal the highest rated beer which will go into production for release later in the year.

The release of this experimental series is a showcase of the brewery’s commitment to innovation, customer feedback, and exploration of hops. It is an insight into what is to come when they open their new facility on St. Nicholas Street later this year. Treaty City Brewery has always been committed to delivering quality beers while pushing the boundaries and keeping things creative and fresh. Treaty City Brewery’s founder, Steve Cuneen says “this experimental series will continue our tradition of exploring new hop varieties and combinations, continuously vetted by our master brewers in our Childers Road brewery.”

“One of the most anticipated benefits of our new brewhouse is having the freedom to create and craft spontaneous one-off brews that showcase our creativity, we’re excited to see this dream realised, and can’t wait to pull back the curtain on how our beer is crafted and for everyone to enjoy the interactive experience!”

Treaty City Brewing Company opened in 2014 with a focus on creating high quality, handcrafted beers with the finest ingredients.The Brewery quickly earned a name for itself within the community and gained national attention. In October of 2015, they took possession of a larger space on Childers Road, Limerick and over the next few months, spent day and night hand-building it into what was to become their new microbrewery.

Treaty City Brewery continues to grow and will open Limerick’s first Craft Beer Visitor Experience on St Nicholas Street later in 2019. Treaty City Brewery strives to share their revolutionary beer from the streets of Limerick with as many people as possible with a brewing philosophy that combines unparalleled flavour with exceptional quality to deliver the best possible beers.

To learn more about Limerick’s Craft Beer Trail and where you can get your hands on these exclusive beers, visit Facebook @CBWTLimerick.

To find out about Treaty City Brewery, click HERE