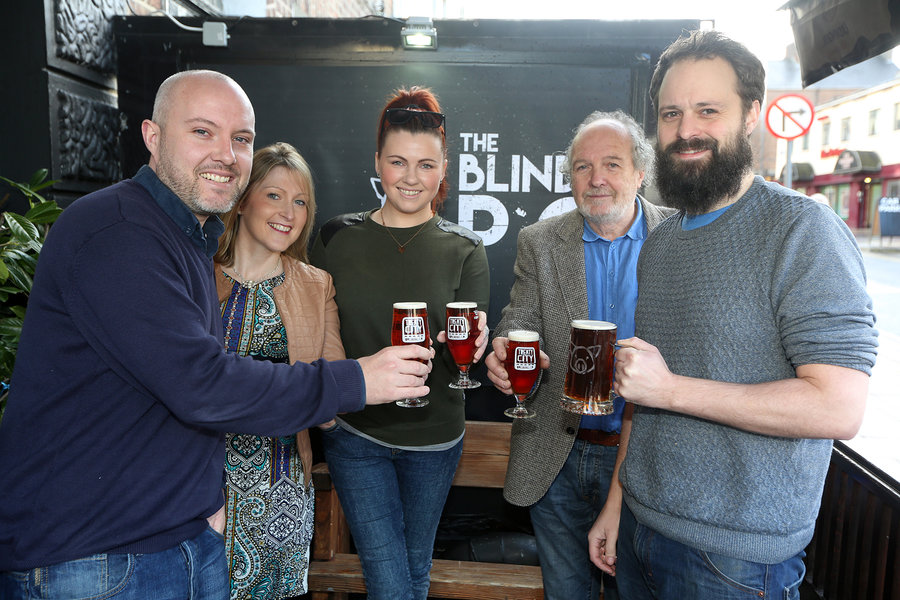 Treaty City Brewing, a family run business fronted by the craftsman Stephen Cunneen and supported by his wife Treasa and his father Tony, released their first beer, Harris Pale Ale just before Christmas and now they can boast that their finely crafted beer is available on tap.

Harris Pale Ale is inspired by the Limerick Hellraiser. The Ale is made from healthy amount of Cascade Hops which gives this pale Ale its citrus/ floral aroma and flavour. The blend of pale and Carmel malts gives the Ale a complex malt character while keeping the Hops forefront.

The Blind Pig, purveyors of fine craft beers, welcome the new addition to their already extensive array of beers. Publican Niall Dempsey feels it’s important to support local businesses and is ‘excited’ to see what Stephen’s next beer will be.

With their heritage deeply rooted in Limerick City, the Cunneen’s are set to put Limerick on the brewing map and endeavour to keep their business pure, Limerick based and the furthest thing from mass produced. They are only interested in producing the best quality product that they possibly can, sourcing as much produce locally and in turn supporting other local businesses.

The beer has been met with great support so why not pop on down to the Blind Pig and ask for a pint of Limerick’s finest. Keep an eye out for the Treaty City Brewing site here which will be launched shortly

To keep up to date with Treaty City Brewing you can like them on Facebook here.
You can follow The Blind Pig here to see how the Harris Pale Ale is getting on.
You can read more on Food and Drink here.