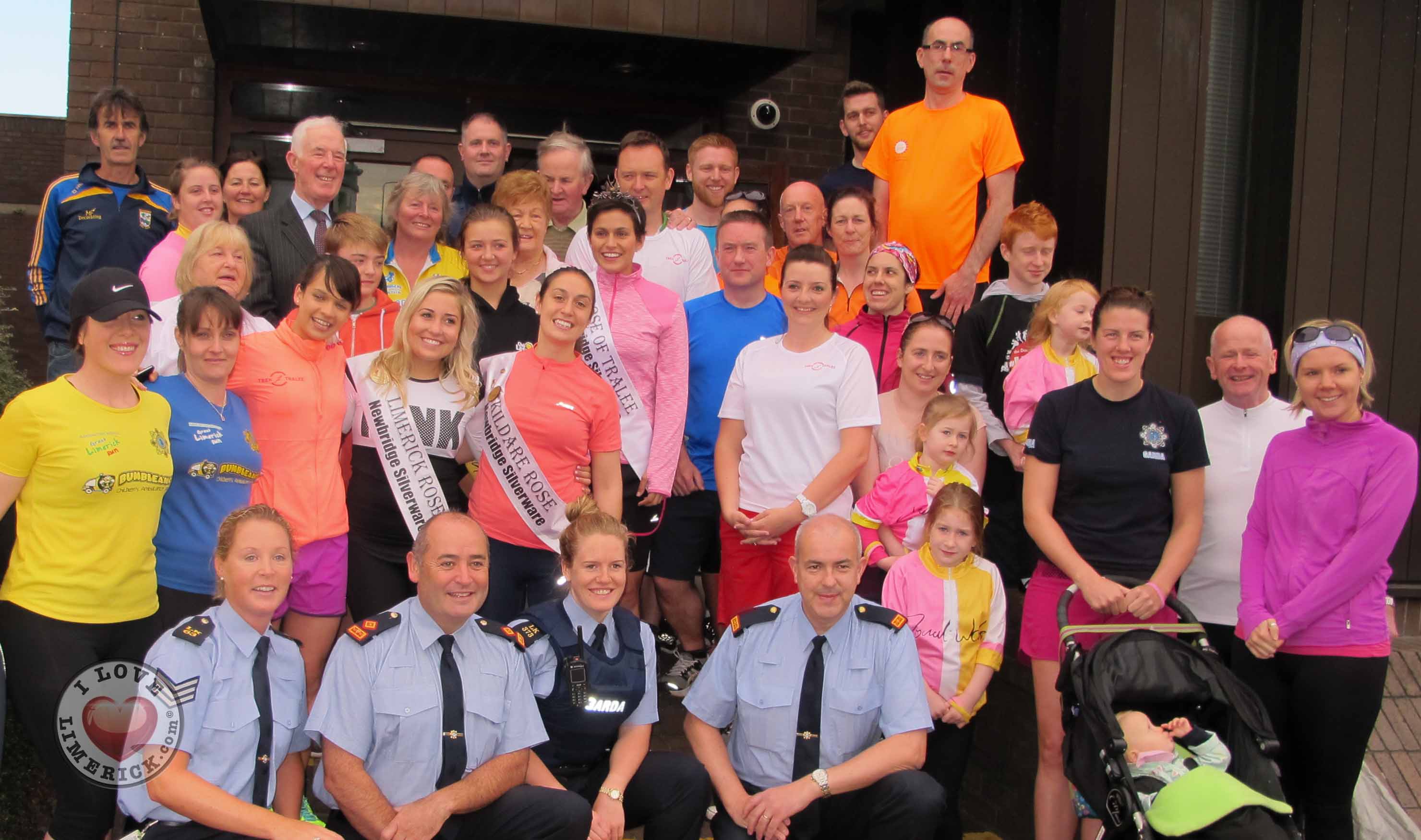 Picture: Maria Walsh, 2014 International Rose of Tralee, with supporters at Henry St Garda Station, before kicking off her final day of Trek 2 Tralee with Garda escorts.

Maria Walsh, 2014 International Rose of Tralee, passed through Limerick as part of her Trek 2 Tralee event. During this four-day event, Maria, along with her dedicated team, will be running, cycling and walking 242 kilometres as part of the Trek 2 Tralee, an event organised to raise funds for three worthy Irish charities, including; Barretstown Charity, an organisation what works to help rebuild the lives of children affected by serious illness, Donal Walsh #LiveLife, a charity that provides appropriate facilities for seriously ill, terminal teenagers,  and Development Perspectives, which tackles the root causes of poverty, inequality and climate change social through education in local and global communities.

Kicking off the final day of Trek 2 Tralee, Maria posed for photos with supporters and Gardaí outside Henry St Garda Station Thurs morning, speaking about her worthy project: “It’s great, we are 121KM out of 242KM so we are exactly half way, there’s no better place to be than Limerick for the halfway mark.

“The motivation for this has come in many different ways. I chose three specific charities to empower me, I felt that they really empower their communities.”

Supt. Derek Smart posed for a photo with Maria and her team on Thurs morning, saying: “We escorted Mary and her team to Limerick yesterday and out of Limerick this morning. We were delighted to be associated with this initiative and to facilitate it.

“We’ve also been involved with Cycle against Suicide, founded by Jim Breen. We’re more than happy to assist in raising the profile of events such as these.”

Passing through Limerick on Thursday, Maria and co. embarked on a 5k run from Henry St Garda Station at 9am, hitting Dell at approximately 10am. From there, they cycled to Adare and on to Newcastlewest, stopping at Garvey’s Centra at around 12.35pm. Wrapping up their Limerick day, they will depart from Newcastlewest, arriving at Leen’s Hotel, Abbeyfeale at 3pm.

Maria says about the event: “The heart of Trek 2 Tralee is to empower individuals to join us, connect with many towns and villages over the five counties we travel through and together, as a collective community, empower each other to be proud of our many chapters and stories that shape our lives.”