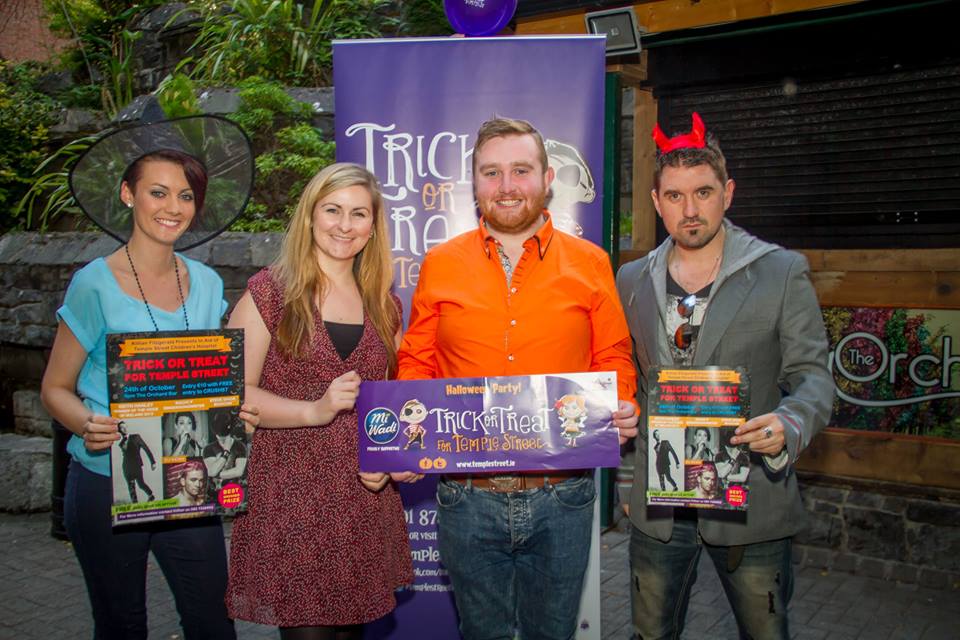 Once again Killian Fitzgerald brings back ‘Trick or Treat For Temple Street”. With great success last year Killian launched this year’s upcoming Halloween fancy dress night on the 29th of September in the Orchard Bar, Limerick.

This year promises to be bigger and better then ever as Keith Hanley Winner of Voice of Ireland 2013 and Limerick’s very own singer and songwriter Rachy P will be performing on the night. There is also going to be great surprises and tricks from well known Celebrity Magician, Illusionist and Escape artist Steve Spade. To keep you dancing the night away DJ KESH will be on decks to moving and grooving to all the latest chart music.

Killian has picked Temple Street Children’s University Hospital as the chosen charity. Killian has previously been a patient of Temple Street Children’s Hospital having suffered for the past 21 years with his life long condition PKU which is a metabolic disorder. All the staff were delighted with last year’s success and they are delighted to hear that once again Killian will be fundraising for their much needed funds.

The event takes place in the Orchard Bar on Friday 24th of October at 9pm with free Jello Shots on arrival. Entry to this event will cost 10 euro followed by free entry into Crush87 when Trick or Trick moves into the club. Prizes will be given on the night as well as a prize for the Best Dressed. For more information contact Killian Fitzgerald on 085-7336654 or send a message via the facebook page TrickorTreat Limerick.

Temple Street cares for 145,000 children per year. Over 45,000 of these children attend the Emergency Department every year making it one of the busiest in Europe. A staff of 85 Consultants and over 950 other full time and part time nursing, paramedical and other staff deliver care.