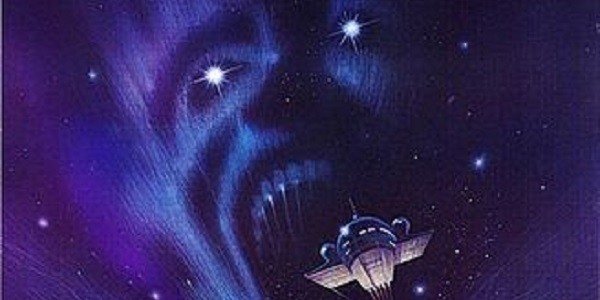 The ambitious vision that Limerick City and County Council had of Limerick becoming a film and TV production hub has become a reality as Troy Studios Nightflyers begins production at Troy Studios in Plassey.

The series is a production of NBC Universal and Universal Cable Productions and is adapted from the 1987 George RR Martin novella of the same name. Netflix will co-produce the series and will have first-run rights to the series outside of the US. It is due to air on the Syfy Channel in the US and on Netflix worldwide.

Nightflyers is a 1980 novella by American novelist and short-story writer, and Game of Thrones author, George RR Martin

As filming begins on Troy Studios Nightflyers, it marks the end of an ambitious journey four years ago that Limerick could be home to world-class studio production facilities and attract some of the world’s best film and TV makers to the Limerick city region to film.

Many well-known names have already been cast for the much-anticipated series, including Ireland’s Eoin Mackin, as Karl D’Branin and Brian F O’Byrne as Auggie.

International stars will also be joining the team, such as David Ajala (Fast & Furious 6) and Gretchen Mol (Boardwalk Empire).

The facility is one of the four key strategy sites for development as part of the Limerick 2030 plan.

Troy Studios have taken a 20-year lease.  The Troy Studios Nightflyers production has already resulted in the creation of over 400 jobs and it is estimated that the studio could generate additional annual revenues of €70 million for the mid-west economy, but also further spin-out benefits across the region to support the large crew involved.

In tandem with the development of the studios, Innovate Limerick and Limerick City and County Council have put in place the supporting services such as a dedicated Film in Limerick and the production and digital skills academy at Engine to develop a supply of skilled people locally to work on future productions.

Mayor of the City and County of Limerick, Cllr Stephen Keary said, “Having Nightflyers start production is the culmination of years of hard work and a belief that a major studio production facility could be located here.  The studios will be a great asset to the entire region and as a result, Hollywood has come to Limerick and we hope it will be here for years to come.”

Pat Daly, Deputy Chief Executive and Director of Economic Development with Limerick City and County Council said, “Limerick City and County Council had the ambition and courage to look outside the box to see what we could do to develop the Limerick city region.  We knew we had the facilities and Limerick is an ideal base, so we worked hard to make the vision of having international film studios in Limerick a reality.  Nightflyers is the culmination of years of hard work on all sides and we look forward to more productions in the future.”

“We are also very aware of the need to develop the skills needed for the industry locally, so the region can benefit as well.  We have developed the training facilities at ENGINE to create a supply of skills needed across a range of sectors, for example, to meet the needs of the international film sector at Troy Studios, while the hospitality sector will gain also.”

Speaking at the launch of the production, Minister for Culture, Heritage and the Gaeltacht, Josepha Madigan gave his well-wishes, “I wish to congratulate all in Limerick who had the vision to transform the old Dell factory into what is now a massive asset for Ireland’s creative industries”.

Mike Cantwell from Innovate Limerick said, “This is a hugely significant day for Limerick.  Having worked with Nightflyers prior to and since their arrival at Troy Studios, Innovate Limerick is delighted with the scale and success of the project and its benefit to the Mid-West Region.”

The news is fantastic for both Ireland, and Limerick, pledged IDA Ireland CEO Martin Shanahan as he confirmed the announcement from the NBCU was the first project in Ireland, as well as the first production of its kind in Limerick.

It is believed that Martin will not work directly on the project due to an exclusivity agreement he signed with HBO for his work on Game of Thrones. However, Doug Liman will add some star power to the line-up; the producer/director previously worked on the Jason Bourne movies, Mr & Mrs Smith, as well as the Tom Cruise blockbuster Edge of Tomorrow.