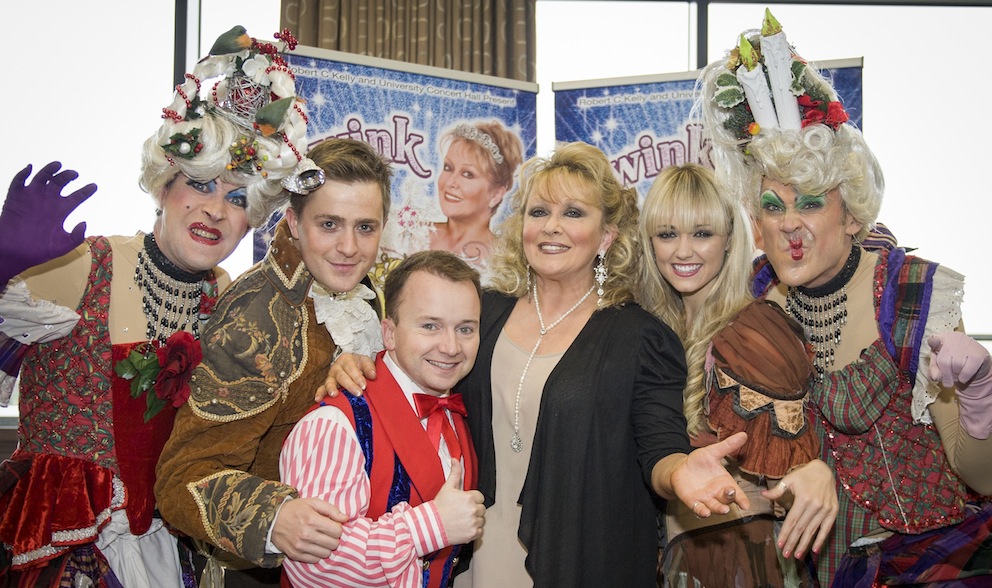 Twink will make her first panto appearance in over 12 years in Limerick’s University Concert Hall this Christmas. The panto queen, who appeared over the weekend on the Late Late Show, said the only reason she agreed to make her comeback and appear in Cinderella – the first fully professional panto to take place in the Mid West region – was because the UCH is her “favourite venue in the country”. She added that Limerick audiences were “unquestionably the best anywhere in the country”. Twink – Adele King – will star alongside Dustin the Turkey, Fair City’s George McMahon, Voice star Richie Hayes and a local trio – the glamorous Leanne Moore as Cinderella and myself and Myles Breen as the Ugly Sisters in the major production, which opens on December 21. Emma Foote, marketing manager in the UCH, tells me, “ We see serving the local community and families as very important, as well as getting the biggest names in international entertainment to perform here. This panto marks a significant landmark in the history of UCH as we enter our 20th year in January. We really think this is the best panto the country has to offer.” The first four shows are already sold out, with schools from the city and county, as well as Clonmel and Charleville snapping up tickets. “People see the UCH as a viable alternative to the traditional ‘big’ pantos in Dublin,” she added. Cathaoirleach Jerome Scanlan and Mayor of Limerick Cllr Gerry McLoughlin were in attendance at the launch, as were David Wallace and Pat Shortt, all self-confessed fans of the genre. Limerick lass Leanne, turned on the city’s Christmas lights last Friday at 6pm, said securing the starring role in the panto was “absolutely brilliant, to be at home for Christmas and performing on home turf is very special to me, but also I think it is just absolutely sensational to get something like this into Limerick city because Cork and Dublin have their professional pantos, so why not Limerick?” I have to agree with Leanne. Its great to be recognised as a city and not a town! Christmas is in the air!! To see a video of Twink at the panto launch got to ILoveLimerick.com. 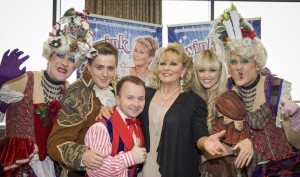 Just a Smile – Fundraiser for Share a Dream Foundation