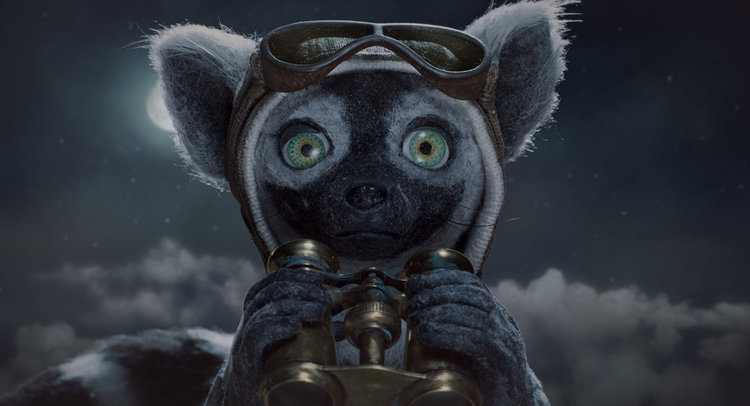 Two Balloons an award-winning stop-motion animation film is all set to take the screens at the Richard Harris International Film Festival this bank holiday weekend.

A magical stop-motion animated short film Two Balloons was produced in Portland, Oregon and premiered at the 30th Foyle Film Festival in Ireland in November 2017.

Recipient of many awards and screened at prestigious international film festivals the film will awe audiences at RHIFF this bank holiday weekend.

Two Balloons was four years in the making and it tells the spellbinding story of two adventurous lemurs traveling the skies in their wondrous airships. One night they meet by chance and forge a bond which sees them through a calamity and cements their friendship.

Two Balloons tells a story of two lemurs and their adventurous journey in the sky.

The short film was inspired by the music of Peter Broderick, a celebrated American composer who has collaborated with Philip Glass, Efterklang, Yann Tiersen, M. Ward and Dustin O’ Halloran amongst many others and is also known for composing his own music and film scores.

Originally the film was envisaged as a live action short and the plan was to build two real airships, but the production ran into problems when they couldn’t secure an aircraft hangar for the required length of time. So, director Mark C Smith decided to create the film as a stop-motion animated film despite the fact that he had no prior experience of stop-motion.

Mark C Smith said: “I was obsessive about preparation because I had never produced a stop-motion project. Sometimes I saw pre-production as training for an endurance race I had never run before.”

Even though the film was inspired by an older Broderick composition, Peter recorded the score for Two Balloons from scratch, revising and expanding the music to fit each frame.

Mark and his crew spent sixteen months storyboarding and building a stage to encompass the sets of the half-scale lemur world. Only then did they begin to shoot, which was an intensely time-consuming process: shots which were only ten seconds long took two months to shoot. The result is the nine-minute long Two Balloons, a poignant and heart-warming film which was a labour of love for all involved.