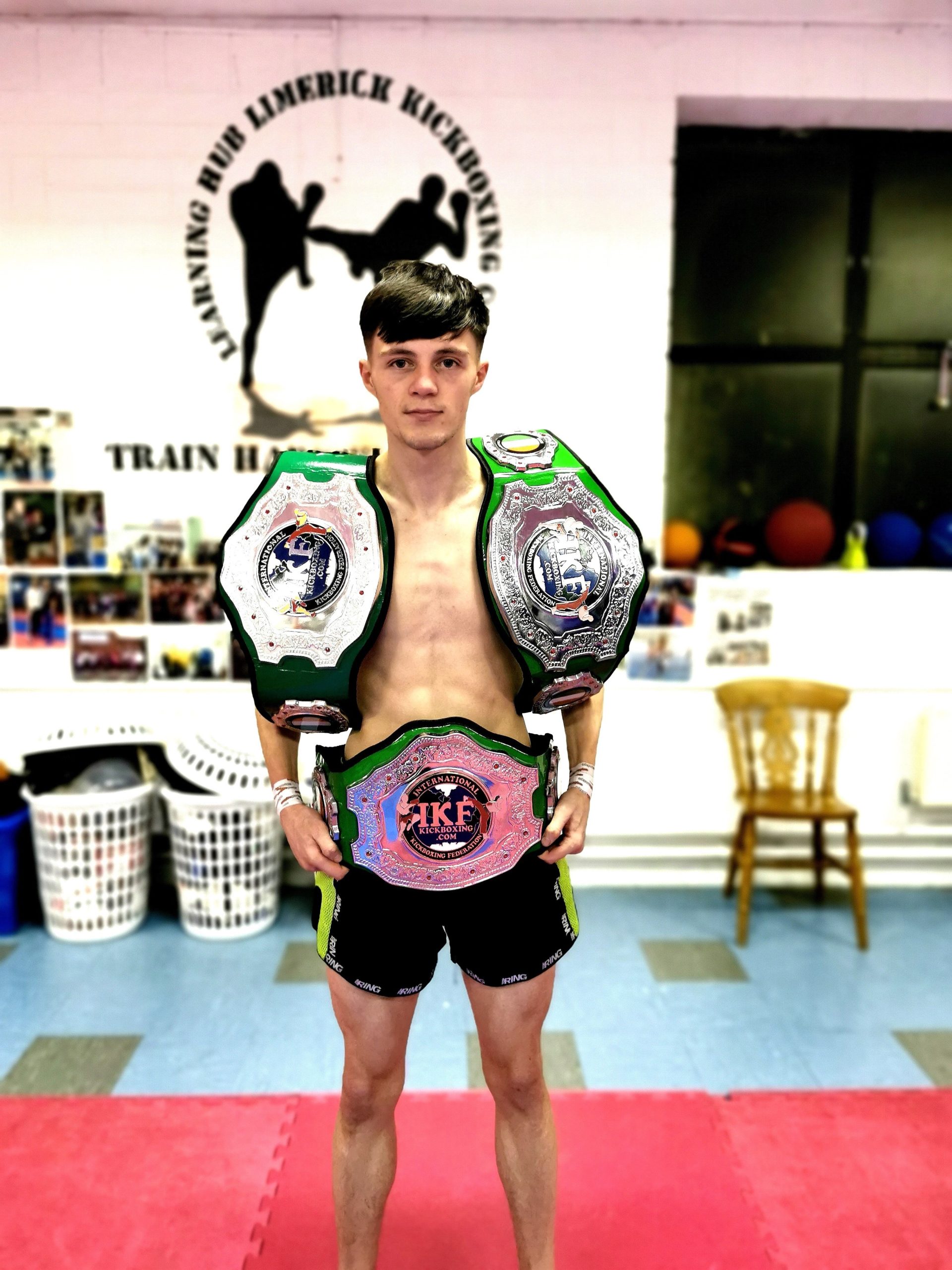 On Saturday, February 22, Limerick kickboxer Tyrone Cronin O’Brien stepped up a weight division to challenge for the super lightweight national IKF title in front of a huge audience at the Ardilaun Hotel, Galway.

A very high number of traveling supporters from Limerick gave a great lift to the occasion as Tyrone competed against Shane Lawless, a very tricky opponent and a champion in his own right.
Kickboxing is growing rapidly as a sport and Tyrone showed that he is one of its rising stars with a superlative performance. As a spectacle the fight was incredible, the level of skill on show from both fighters was truly amazing.
In the fourth round, a KO gave the victory to Limerick, but the respect shown between the competitors was also remarkable as Tyrone helped his opponent get back to his feet before celebrating in a very calm, humble manner.
In the space of seven months, Tyrone has now accumulated three national titles and strives to improve further and keep working hard towards his goals.

A student at Limerick Institute of Technology, Tyrone is also very active as a trainer at the Learning Hub Gym where people of all ages and abilities improve their fitness and train to compete at the highest level.
The Learning Hub Gym is run by Tyrone’s father Paul O’Brien. Paul feels overwhelmed with excitement over his son’s achievements saying, “To say I am proud of him is an understatement. I see Tyrone working hard almost every day in the gym, 6 days of the week to follow his goals in life.”
“He is one of the hardest working and one of the most ambitious young men I’ve ever seen in the sport of kickboxing. Knowing his career is only starting in this sport, I am really looking forward to seeing what the future holds for him,” Paul added.
For more information on The Learning Hub Gym, click here.
For more stories on Tyrone, click here.