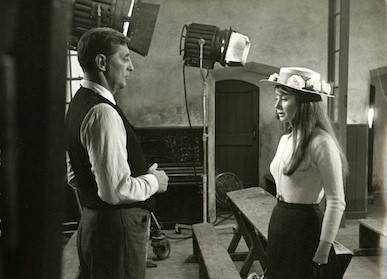 UCH Cinema Screenings for the Easter season continues with Darby O’Gill & The Little People and Ryan’s Daughter. The University Concert Hall Cinema Season continues this Easter Saturday with screenings of two classic films. At 3pm, the 1959 Disney classic Darby O’Gill and the Little People is a must for families. Over a decade in development and featuring visual effects that hold their own even today, this leprechaun classic remains endearing and engaging largely on the basis of its charming performances. Albert Sharpe (Darby) had caught Walt Disney’s eye over a decade earlier as the original lead in the Broadway hit Finian’s Rainbow, while the young Sean Connery would soon find international fame with a considerably more sophisticated persona!
David Lean’s sumptuous academy award-nominated film Ryan’s Daughter will also get the big screen treatment on Easter Saturday evening, presenting a tale of passion and small-town intrigue against a backdrop of the 1916 Rising in faraway Dublin.

In the village of Kirrary, Co Kerry newly-wed Rosy (Sarah Miles) is dissatisfied with her marriage to mild-mannered schoolteacher Charles Shaughnessy (Robert Mitchum) and embarks on an affair with shell-shocked British soldier (Christopher Jones). When plans to land a shipment of German guns on a local beach fail, Rosy and her British lover fall under suspicion and tragedy ensues.