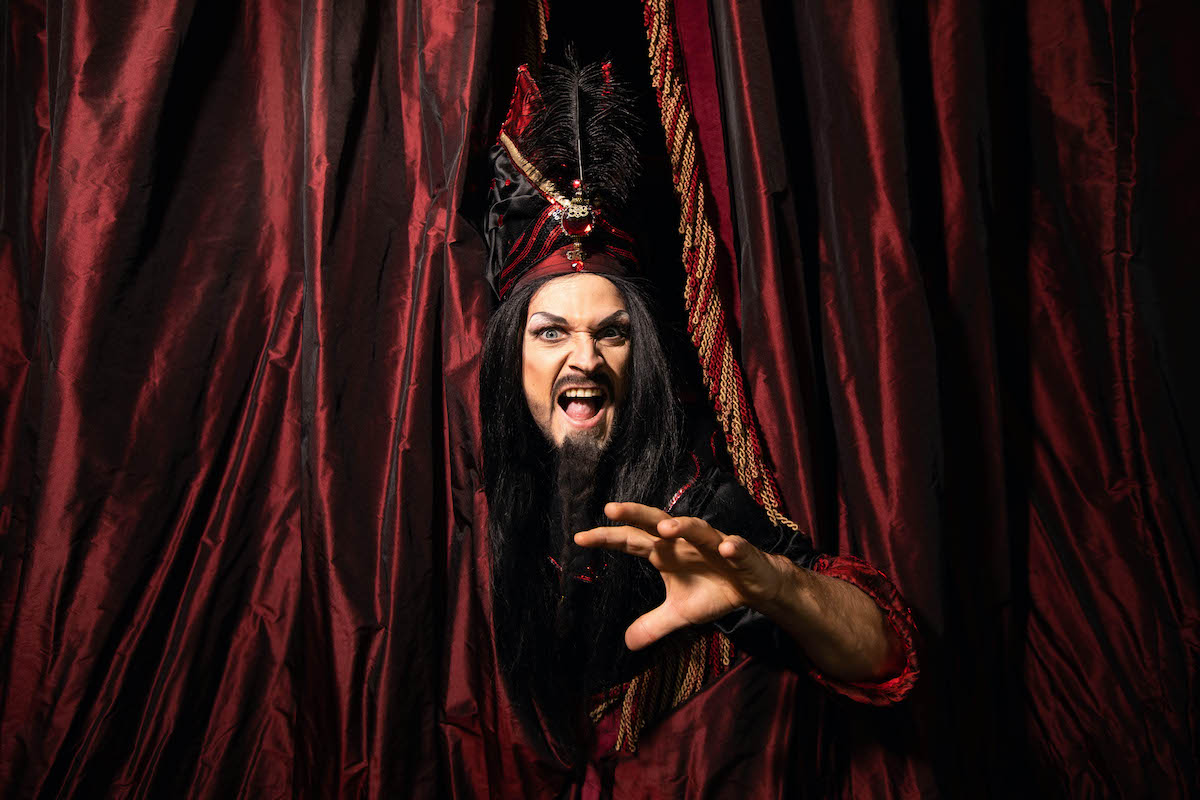 UCH Panto Peter Pan – Johnny Ward returns to the UCH panto this year as Captain Hook in Peter Pan. Pictured in character for the UCH panto Aladdin in 2019.

Johnny Ward, Fair City favourite and grand finalist of RTÉ’s 2019 Dancing with the Stars, returns to Limerick this Christmas as the infamous Captain Hook in the University Concert Hall panto, Peter Pan.

One of the most recognizable TV stars in Ireland, Johnny wowed audiences on Dancing with the Stars and frightened them just a little as both Pauley in the iconic series Love/Hate and mechanic turned kidnapper Ciaran Holloway in Fair City. He is also no stranger to live performance, starring as hilarious Dublin footballer Gino Wildes in Paul Howard’s smash hit Copper Face Jacks The Musical.

Johnny said of his Peter Pan role, “I’m delighted to be returning to panto in Limerick! I had an absolute ball there in Aladdin in 2019 – the audience was amazing and really up for all the shouting and booing that I love when playing the baddie! Captain Hook is a brilliant character and I’m going to have great fun playing him in Limerick this Christmas – oh yes I will!”

Joining Johnny on stage will be long time UCH panto favourites Richie Hayes and Limerick’s own Myles Breen. Both Richie and Myles will be celebrating their 10th UCH panto having starred in Cinderella in 2012, which was the first fully professional panto in Limerick, and going on to perform at the venue every year since, much to the delight of audiences.

Peter Pan, the iconic, flyaway fairy-tale, will run at UCH from Thursday, December 15 with two shows per day. Join the boy who never grew up, together with his friends Wendy and tiny Tinkerbell, as they travel to Never Never Land to take on the hilariously horrible Captain Hook and his band of (pretty useless!) pirates.

Peter Pan will see the UCH Panto return with a bang so expect your favourite Panto characters in a show packed with stunning sets, crazy costumes, the year’s biggest hits and at least two years’ worth of laugh out loud comedy!

“Peter Pan will mark the 10th Anniversary of the UCH Panto, and will see it return to the amazing, full-scale production that audiences have come to love. We really can’t wait to bring the magic of the UCH Panto back this December and we look forward to welcoming families through our doors once again to make new Christmas memories!” said Sinead Hope, Director of UCH.

Producer Robert C. Kelly said he is “delighted to be returning to Limerick once again to build on the already fantastic success we have had at University Concert Hall where, since 2012, audiences have welcomed our large-scale family Panto with ever-increasing numbers year on year. We can promise this show will be our highest-flying one yet!”

Tickets for Peter Pan are now on sale with availability already limited across school shows. HOOK the best seats at the best price by booking today!

Tickets start from €24 and are available HERE