By Richard Lynch on August 4, 2016@richanthon 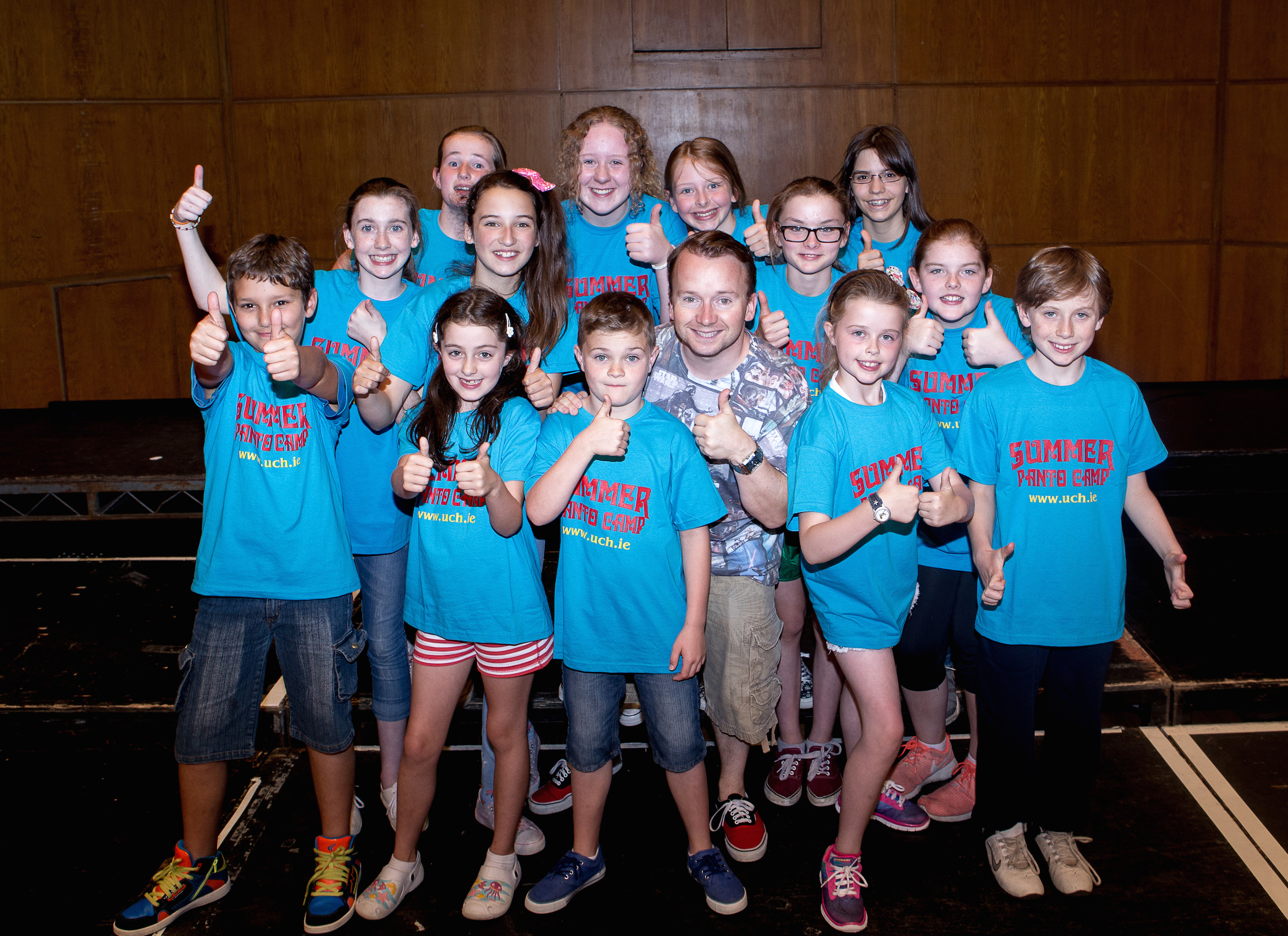 UCH Panto star Richie Hayes – also known and loved as “Tickles” (Sleeping Beauty), “Unbelievable Man” (Jack and the Beanstalk), “Wishee Washee” (Aladdin) & “Buttons” (Cinderella) – returns to Limerick this summer for PANTO CAMP at UCH and Your child can be part of it!

For children and young teens (aged 7 – 16+), these week long courses are the perfect platform for budding stars who love to sing, dance act and, of course, have fun! With a focus on musical theatre, singing, improvisation, stage combat and much more, Panto Camp is the ideal way to build confidence, make new friends and learn lots about the magic of behind the scenes at panto!

Classes will be streamlined according to age and students will get the chance to work with seasoned professional performers and experienced teachers. They will also have the opportunity to star in their very own, end of camp Panto!
All levels will be catered for.

Richie Hayes became a household name in 2012 when he appeared in “The Voice of Ireland” and “Celebrity Bainisteoir”. He has starred in and directed Pantos in UCH, the Gaiety and in his hometown of Waterford as well as fronting the world famous Jury’s Irish Cabaret.

Together with his wife Erica they ran one of Ireland’s most successful stage schools for over 8 years and Erica, also a professional panto star, will once again join Richie at the Summer Panto Camp.

Following the huge success of last year’s inaugural camp, and as spaces are limited, early booking is advisable to avoid disappointment.