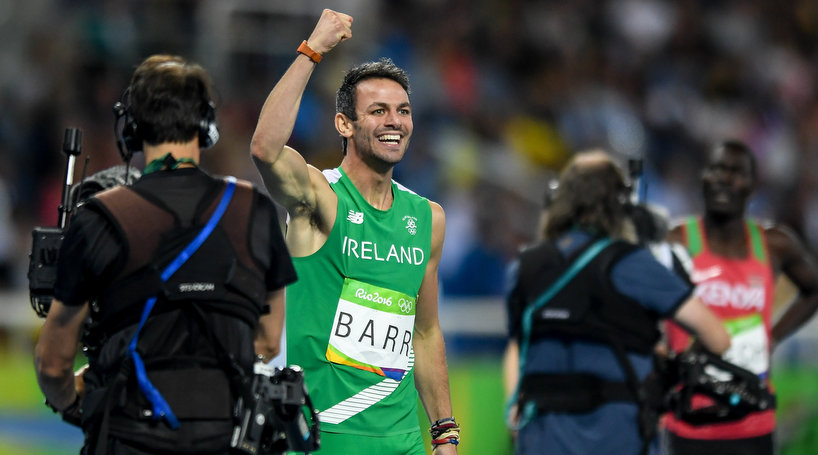 Supporters viewing the Rio Olympic Games in the early hours of Wednesday morning were treated to one of the greatest racing performances by an Irish athlete at this year’s games.

Thomas Barr, a University of Limerick student came from fourth place approaching the second to last hurdle in the men’s 400m hurdle to claim first place in the semi-final.

Having come second in his quarterfinal appearance and setting his season best time of 48.93 seconds, the young UL athlete had high hopes entering the semi-final. After biding his time in the middle of the pack of runners Thomas Barr powered ahead in the final straight to set a personal best and new Irish national record at 48.39 seconds.

After the race, the UL athlete took to Twitter to thank the fans who supported him throughout the event:

“Hope that was worth staying up, I can’t believe it! thank you all for the support I’m overwhelmed and smiling ear to ear. roll on Thurs!”

The men’s 400m final will take place on Today, 18 August at 4pm. Thomas Barr will have to compete with runners from Kenya, Jamaica, United States of America, Puerto Rico, Estonia and Turkey in his quest for an Olympic Medal.

The Mayor of the City and County of Limerick Cllr Kieran O’Hanlon is wishing the University of Limerick-based athlete best of luck in the event.

Cllr Kieran O’Hanlon drew a comparrison to Bob Tisdall, who was the last Irish athlete to qualify for a men’s 400 metre hurdle final in the 1932 Los Angeles Olympic Games.

“Let’s hope history repeats itself 84 years later, as Bob won a gold medal in the same event that Thomas competes in.  There will be huge crowds gathering at the UL Sports Arena to watch his race later and he can be assured the whole of Limerick is behind him as he’s goes for gold,” the Mayor said.