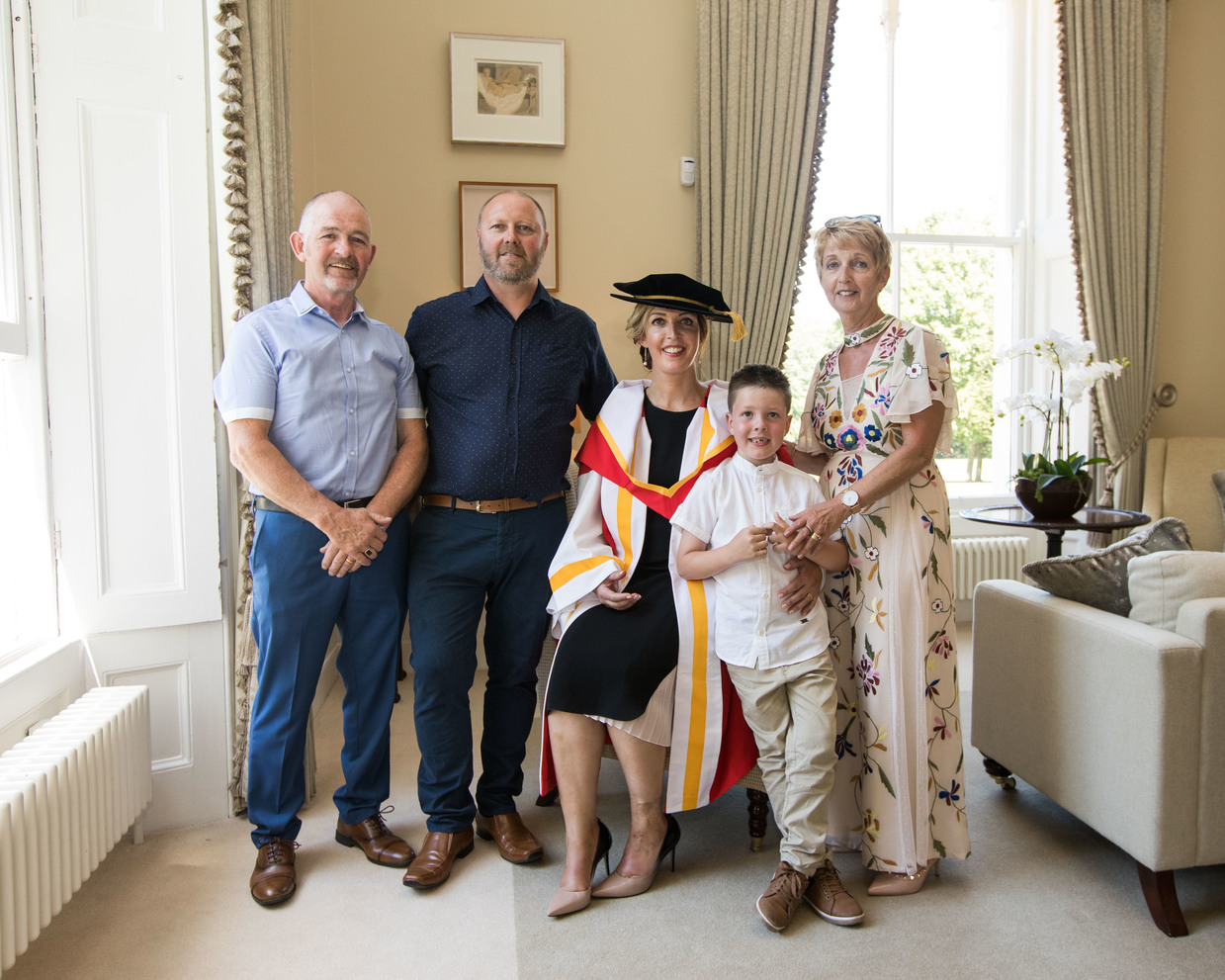 As UL awards Vicky Phelan, UL president Dr Des Fitzgerald praised Vicky for her selfless commitment to public service, describing her as an inspiration to students, staff and the wider university community.

“Here at the University of Limerick, we aim to instil in our students the ability to reason, to solve problems, to participate as citizens, to play their part in the social and political life of this country. The conferring of a UL honorary degree embraces these ideals. It has been awarded to just a small number of women to date, including the former President of Ireland, Mary Robinson; Adi Roche and Ali Hewson, for their contribution to volunteerism; and, to Catherine Day for her leadership in the European Commission, to name a few. Some recipients, like Vicky Phelan, are graduates of UL who have done extraordinary things, who have brought great honour to the university and to its community, and who make us proud,” he said.

“Vicky Phelan has had a major impact on people’s lives in this most difficult and precious time in her own. Through her courage, commitment and exceptional communication skills, she is highlighting a major issue in the Irish healthcare system. During all of this, Vicky has encouraged the women of Ireland to have faith and to continue participating in the cervical screening programme. She is an inspiration to our students, our staff and our community, she has brought great honour to the university, and for this, we have awarded Vicky Phelan an Honorary Doctor of Letters,” Dr Fitzgerald continued.

Speaking ahead of the ceremony, Vicky Phelan said: “I loved my time as a student in the University of Limerick and that is where I began my professional career: I never anticipated then, that I would be presented with an honorary doctorate by the university. It is an honour for me and one I am delighted to accept.”

The citation read at the conferring ceremony by Dr Máiréad Moriarty, Assistant Dean International at the UL School of Arts, Humanities and Social Sciences, stated: “The conferring of an honorary Doctor of Letters by the University of Limerick is reserved for those who have distinguished themselves, nationally or internationally, in the arts, sciences, industry, sport, social service or public service. It is for the scale of her positive impact on women’s healthcare nationally and the resulting emphasis on the central position of the patient within that service that we honour Vicky Phelan today. As a UL alumna and a former member of staff, Vicky Phelan exemplifies many of the traits this university endeavours to nurture in its students and staff”.

“The UL community is humbled by Vicky’s accomplishments, inspired by her example and proud to call her one of our own. It is a great honour for the university that Vicky accepts this honorary doctorate – the highest accolade that we can bestow,” Dr Moriarty concluded.

As  UL awards Vicky Phelan, Ms Phelan was joined by her husband Jim, her children Amelia and Darragh, and her parents John and Gaby Kelly as well as a large group of family, friends and invited guests.