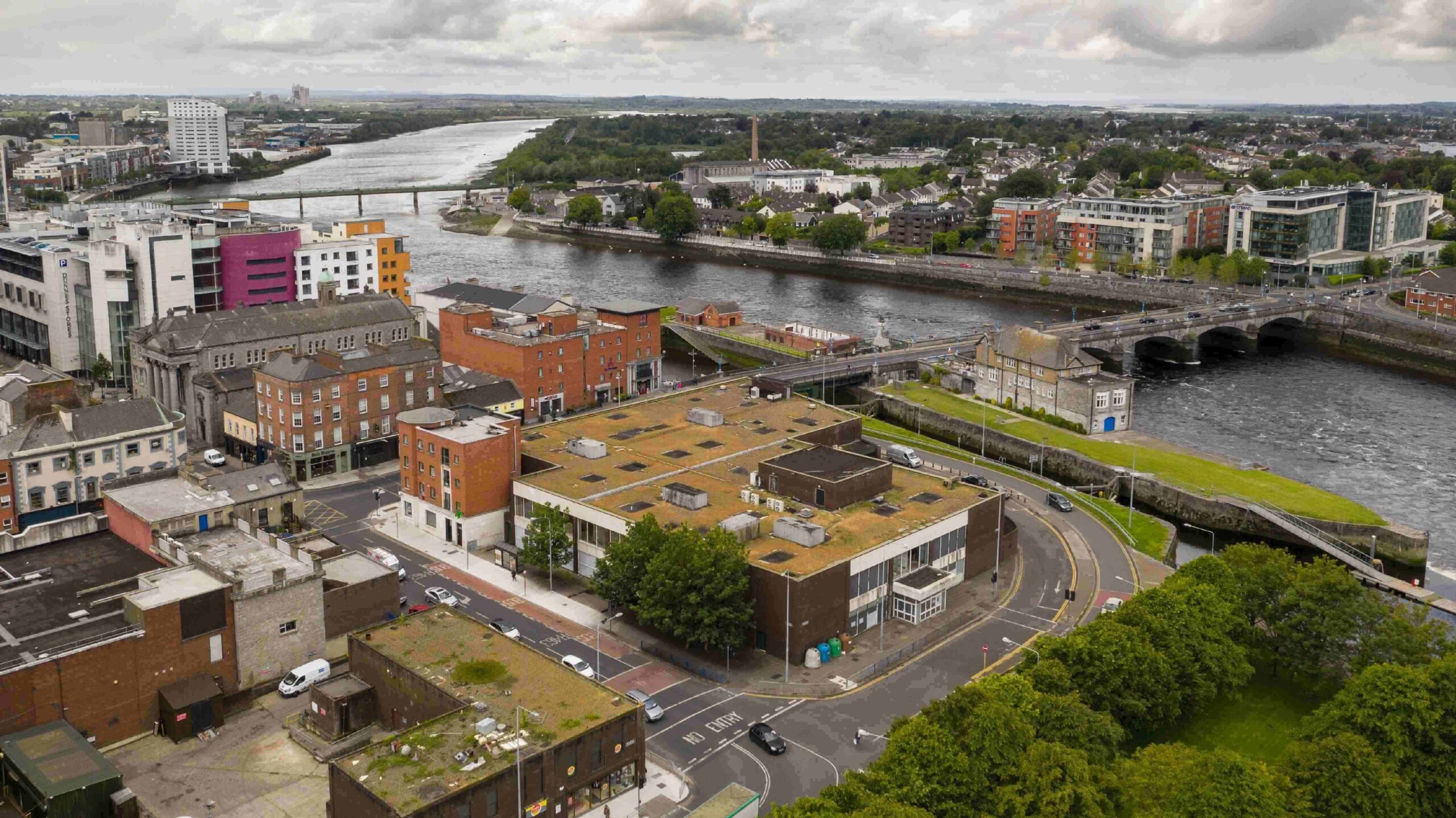 UL City Campus is due to receive a ‘facelift,’ as focus begins to set on expanding the City Campus.

The University of Limerick (UL) City Centre Campus is set for a facelift with an internationally renowned artist to create a one-of-a-kind mural on the building.

A mural is to be developed on the Sarsfield Street site in tandem with local artist collective Draw Out and internationally renowned Digo Diego, an urban artist and muralist from Spain.

With a qualification in Social Education, he is heavily influenced by the environment and social issues and considers his murals a canvas to enhance, revitalise and educate. His style frequently includes geometric abstraction or is fluid in form but always colourful. His creations are designed to elicit an emotional response from the viewer, to encourage the reading of a mural in many layers.

Diego will work hand in hand with Draw Out to create his first ever mural in Ireland which will span the full side of the building on the Honan’s Quay side of the UL City Centre Campus, starting in early October.

UL and Limerick City and County Council (LCCC) are working in a partnership arrangement to improve the look of the building by developing a ‘recognisable and impactful façade’ for the City Campus site.

The development of the UL City Centre Campus is a key project for the revitalisation of the city and a vital part of the Limerick World Class Waterfront project. Any development of the building for future use will be done sustainably and as a zero-carbon site.

UL is fully engaged in the master planning process, with a development plan to be worked out during 2023 and a goal to lodge a planning submission by the end of next year.

“We are planning for a major educational, economic, cultural, and social footprint in our City Centre Campus. Developing the plan and design of the future campus as a pivotal site on Limerick’s Waterfront will take some time but we will be at the planning application stage by the end of next year,” explained Kerstin Mey, UL President Professor.

“We have received a substantial number of thoughtful and enthusiastic expressions of interest from our community – and it will take some time to prepare the remainder of the building for use.

“The interim use will focus on expanding and exploiting the capacity of the city campus to drive a hub to prototype and intensify our engagement with the city and businesses on the regeneration of the urban area going forward. There will be public consultation on the longer-term use, as part of the masterplan and framework process.”

It is intended by UL that the City Centre Campus would have upwards of 3,000 students and 250 staff in the building when it reaches its full potential as a main hub for hybrid and multi-modal programme delivery of non-traditional, professional, applied work and work-based learning.

Limerick City Build, who run Draw Out, have started enabling works for the project and will host an event called ‘Leave Your Mark’ for Culture Night at the building on Friday, September 24 from 6pm-8pm.

This will be an introduction to street art event facilitated by two street artists where members of the public can leave their mark with paint under the skin of the mural and on the fabric of the building, as a mark left in time on the mural’s foundation – a family-friendly graffiti activity.

There will also be an oral history element to the project, with people invited to tell their stories about the old Dunnes building.

“We are asking you to contribute by making your mark on the wall and learning the basics of street art from some professionals,” said Catherine O’Halloran, managing director of Limerick City Build.

“We are really interested in hearing from people about their relationship with the building and what their hopes are from this new mural artwork. We are welcoming everyone to participate and join us from 6pm on Culture night at Honan’s Quay.”

The Irish World Academy of Music and Dance are also running an event in the City Centre Campus on Culture Night, while the digital fabrication facility ‘Fab Lab’ will also be open on the night.

Admission free and all are welcome.

For more information on Draw Out, go HERE

For more stories on the University of Limerick, go HERE

Related Topics:Limerick City Buildul city campusUniversity of Limerick
Up Next