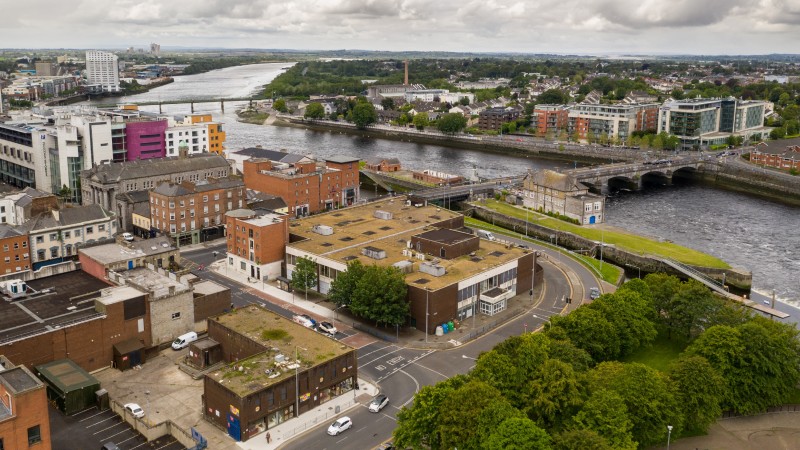 UL City Centre Campus – Limerick City and County Council announced that it will work closely with the University of Limerick on its commitment to grow its existing city-centre campus.

Limerick City and County Council have announced that it will work closely with the University of Limerick on its commitment to grow its existing UL City Centre campus.

UL has applied to designate lands adjoining the north campus of the UL campus as an Economic Strategic Development Zone (SDZ).

Commenting on this announcement from the council, Mayor of Limerick City and County, Daniel Butler said, “We recognise UL’s contribution to Limerick city through its UL City Centre Campus, which saw the first of its students move into the Sarsfield Street building in recent weeks. We are encouraged by the recent announcement that UL intends to extend its existing campus footprint in the city.”

“Specifically with regard to the SDZ application, while we have not seen the application, the University’s commitment to ensuring that the site would deliver a considerable economic, social and cultural boost to Limerick is in keeping with the objectives of Limerick City and County Council.”

Chief Executive of Limerick City and County Council Pat Daly commented, “UL’s stated intention to establish Limerick as an economic and social centre of excellence on a par with leading urban locations in Europe and the US is fully aligned with our Limerick 2030 Economic and Spatial Plan.  However, collaboration has been a key factor in the growth story of Limerick across the last decade and, to that end, we will engage with UL to ensure that the SDZ plans deliver on that common goal to ensure the best interests of the city and region are achieved.”

Limerick Chamber urged the University of Limerick to propose its vision for its city-centre campus on Sarsfield Street at the earliest opportunity.

“Our universities are drivers of investment into Limerick and the wider Mid-West region and the business community supports UL’s plans for expansion of academic and research activities,” said Limerick Chamber CEO Dee Ryan.

“We note UL’s commitment to deepening its investment in its City Centre Campus, which we hope to see advanced at the earliest opportunity. We look forward to seeing UL’s vision for its campus development at the world-class Waterfront project at Arthur’s Quay.”

Limerick City and County Council has said that it will work closely with the University of Limerick to realise its commitment announced today to grow its existing City Centre Campus.

Ms Ryan added, “The Chamber notes the university’s plans for the SDZ. We also acknowledge its stated intention to concentrate energies on plans for the former Dunnes Stores property, which has the potential to be transformed from a city centre eye-sore into one of the “jewels in the crown” of the waterfront, ensuring it achieves its potential to significantly contribute to the attractiveness of Limerick as a place to live, work and visit.”

Limerick Chamber believes that the plans the University of Limerick’s plans to expand onto its northern County Clare side of campus must be supported by the necessary infrastructure. This includes developing the Limerick Northern Distributor Road to avoid further congestion at the National Technological Park in Castletroy.

The two-year consultation process that accompanies the SDZ is welcomed by the Limerick Chamber.

“This will make all of us passionate about creating the best possible future for the city and region, and the opportunity to ensure we get all these parts right,” Ms Ryan added.

For more information on the University of Limerick, go HERE

For more stories on the University of Limerick, go HERE