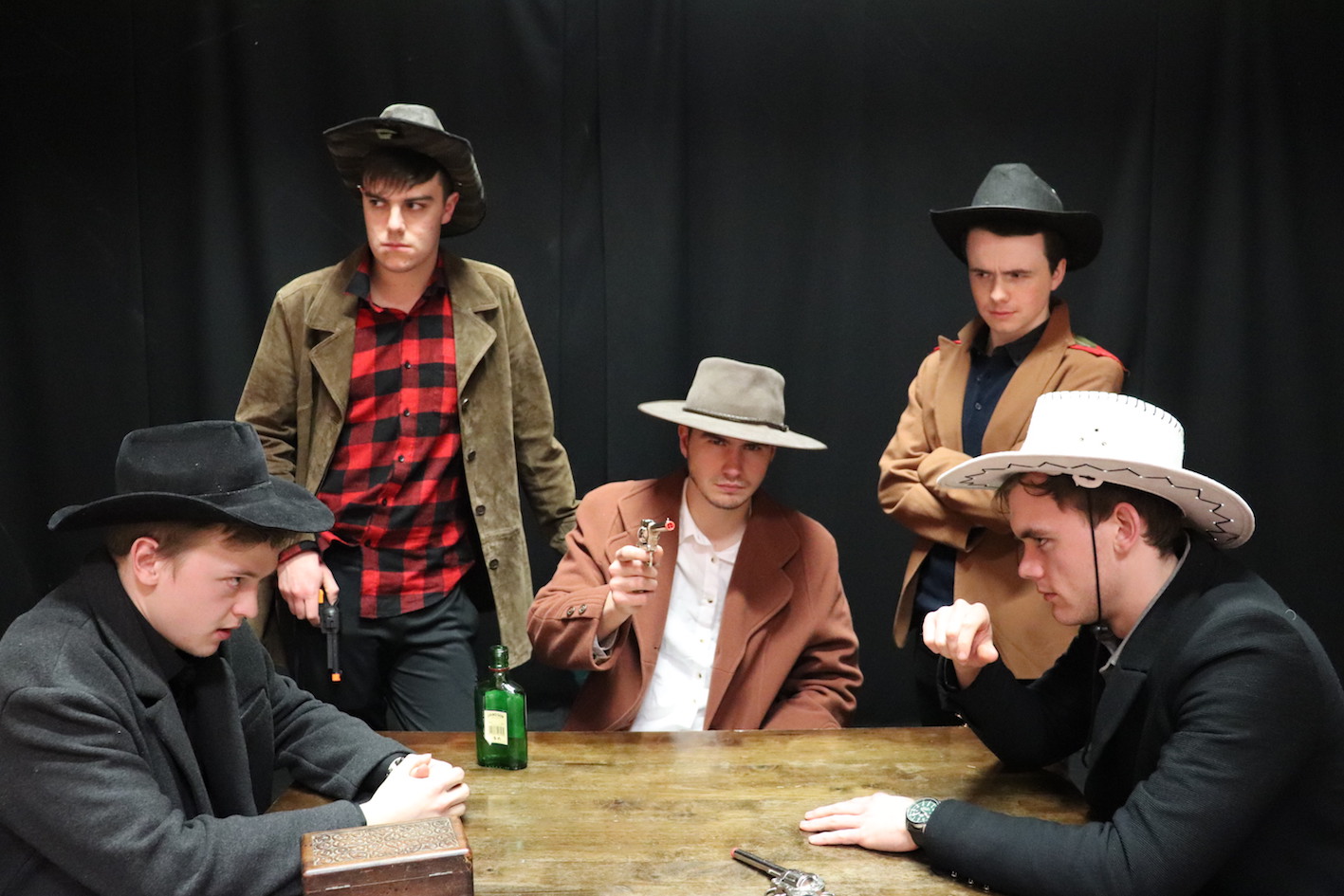 This week will see UL Drama Society present their second play of the semester, ‘The Ballad of Wesson’s Boys’. The play will run over 3 nights from April 2 to April 4 in the Jonathan Swift theatre at UL.

The western drama tells the tale of 5 orphan boys, struggling to deal with their shared past. Each finds different means of doing so, some in more unsettling ways than others. ‘The Ballad of Wesson’s Boys’ explores the complexities of these 5 friends lives while also discussing heavy topics such as abuse, power, and betrayal.

Written by society member Conor Clohessy this play promises to keep you on your toes. Clohessy himself plays the protagonist Mason Harvey, a complex character who is sure to leave the audience with mixed feelings.

Kevin Kennedy plays Pete Wesson, a father-like figure who tries to keep the boys on the right path.

Isabel Coburn, the director, said that ‘doing Ballad is certainly a massive challenge for us as a society. It examines some controversial themes we as a society have not explored in the past. But with the talented cast and a lot of hard work, I feel we have pulled off a show that will keep you on the edge of your seat from beginning to end.’

The semester has been successful for the society, with ‘Cider and Sand’, directed by Kate and Sarah Devaney, showing in March.

They have also produced a mental health video called ‘Voices of UL’. The video shows society members talking about their own mental health experiences.

Doors will open at 6:45 pm each night, with the play starting at 7 pm. Tickets can be bought for €5 on the door. The Jonathan Swift theatre is located in the main building of UL.

For more information on theatre in Limerick, click here