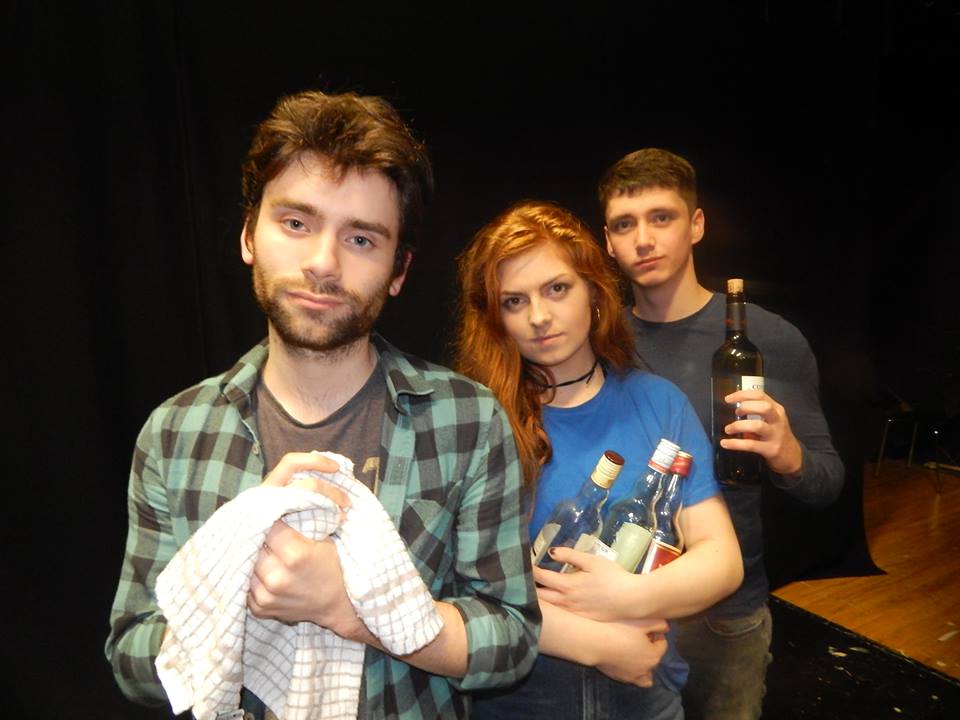 UL Drama Society Presents The Cock and Plucker, An Original Dark Comedy – The show is both written and directed by UL Student and dedicated drama society member Cathal Moore. The show opens on Tuesday, November 14th, with doors opening at 7:00 pm and the show commencing at 7:30 pm.

For their Autumn semester production, the University of Limerick Drama Society are performing an original dark comedy entitled The Cock and Plucker.

The show is both written and directed by UL Student and dedicated drama society member Cathal Moore. The show opens on Tuesday, November 14th, with doors opening at 7:00 pm and the show commencing at 7:30 pm.

The Cock and Plucker runs for three nights only and all performances will take place in the Jonathan Swift Theatre, located in the main building on the University of Limerick grounds.

The show is set in a rural Irish pub, and what makes the play unique is the ambiguity of this setting. With no area in Ireland named specifically, the plot that unfolds could take place in any pub in Ireland which leads to a relatable sense for the audience.

On the surface, The Cock and Plucker is a comedy boasting a truly Irish sense of humour. There are references made to Brexit, the North and everything in between – the quintessential banter of an Irish pub.

But delving beneath the exterior The Cock and Plucker is more than just style – there is substance there too. The issue of alcoholism has a huge role to play in the production and there are some heartfelt moments that are balanced well with the comedic elements of the play.

Boasting a cast of no less than 26, many of the actors and actresses are making their stage debut for the UL Drama Society. Kevin Kennedy plays the lead role – Aaron, a sombre and gritty character who has to deal with his own issues as well as those of his companions.

Kennedy is supported by Robert Bourke as Patrick, a disastrous character with a penchant for alcohol and Fiona Bergin as Tara, a fiery character well able to stand up for herself in a play dominated by male characters.

Supporting roles include Danielle McCarthy as sweet-natured Denise, and Jack McKeon and Gaelle Clion as members of the Gardai. Of course, some of the cast are no strangers to a UL production; one notable name is Paul Fitzgerald of Live 95fm who provides some of the biggest laughs of the entire play with his portrayal of bumbling drunk Chester.

With these names making up just a quarter of the extensive cast the show is shaping up to be highly atmospheric production.

UL Drama Society productions are often directed by students but this is only the second time a show has been both written AND directed by a society member. (Fioch was written and directed by Rachel Bawl in 2016).

The Cock and Plucker is an ambitious production for the society to tackle. But through hard work and dedication by all involved, including a determined backstage team, it is shaping up to be a success for UL Drama.