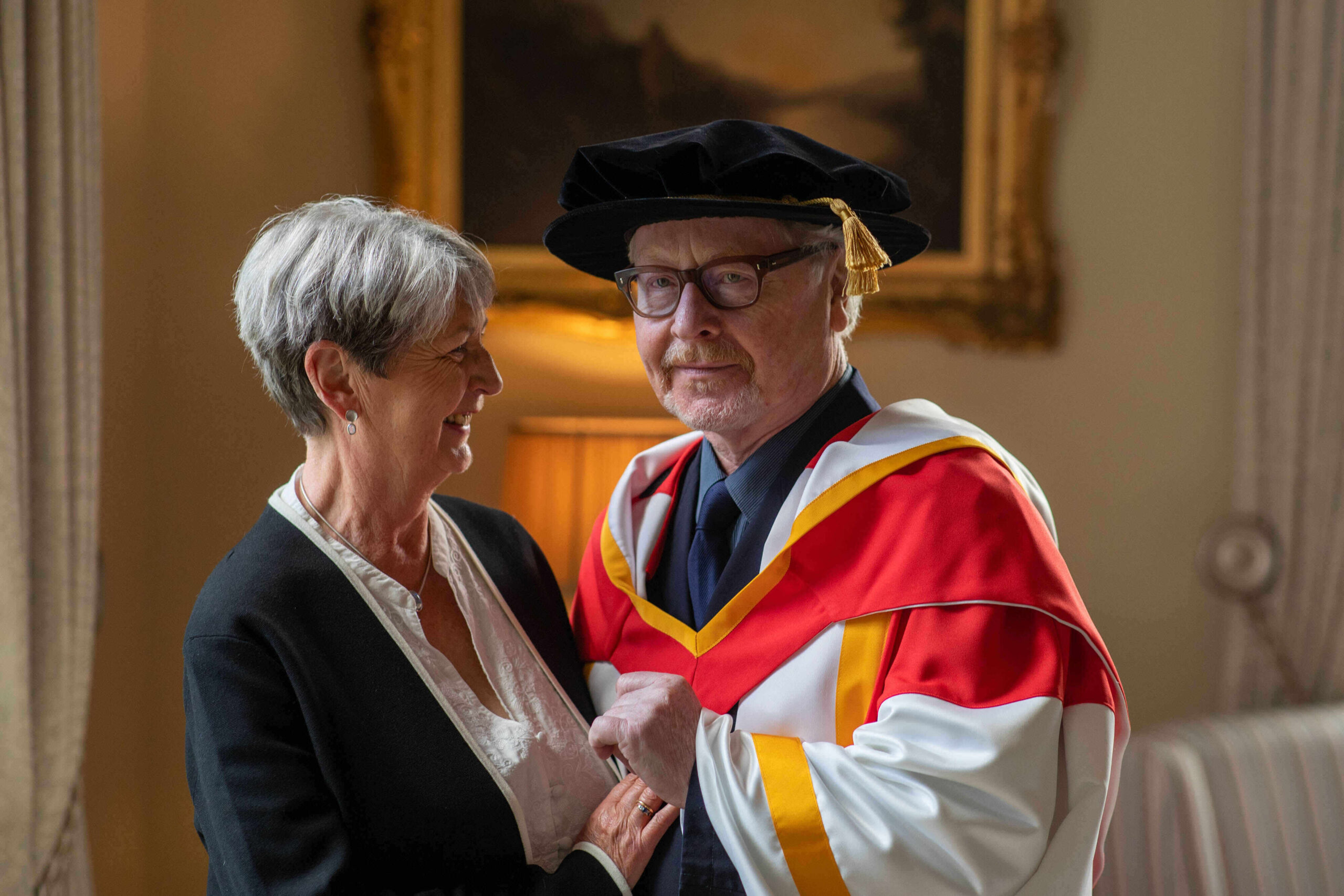 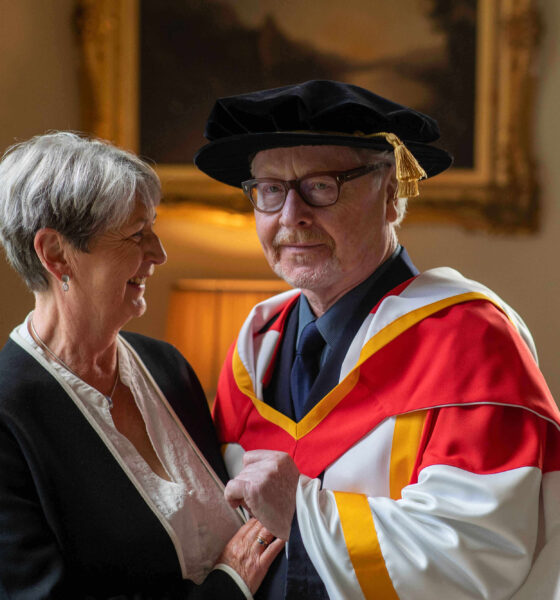 ‘Leaders and visionaries’ conferred with honorary doctorates at University of Limerick

‘Leaders and visionaries’ conferred with honorary doctorates at University of Limerick 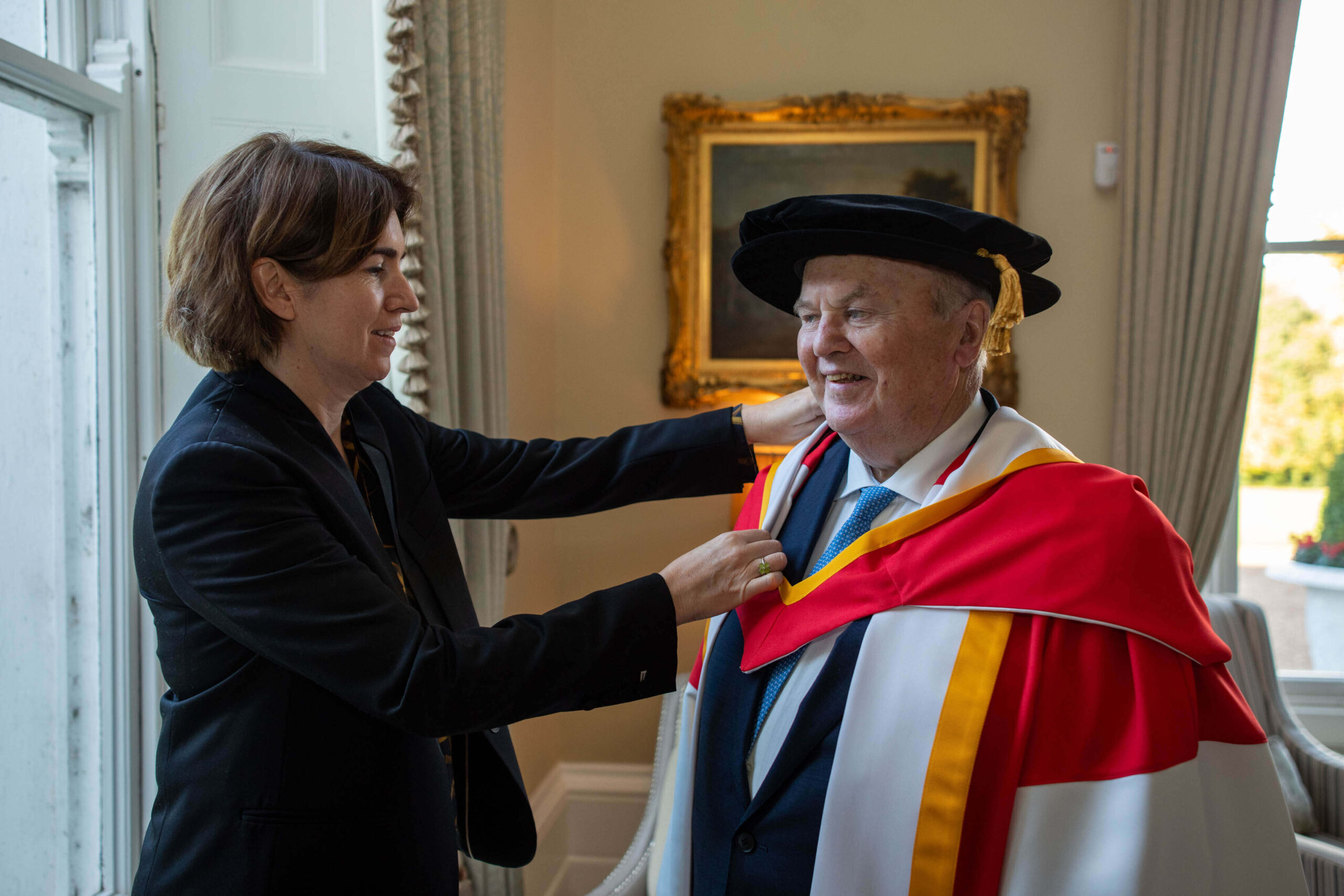 UL President Professor Kerstin Mey said: “Today, UL very proudly confers honorary doctorate degrees on four esteemed recipients who share in so many of our values as a university.

“Like UL, our newest graduates are leaders and visionaries in their professional fields as well as engaged citizens. They have a proven track record in the ability to drive forward their vision and projects and make tangible impacts on society.

“Making an impact, in any way, takes insight and drive, leadership and risk talking. These are overarching qualities of our recipients of Honorary Doctorates, no matter of their chosen and specific fields of engagement. Our newest graduates are exemplars of shaping society,” added Professor Mey.

Michael Noonan was honoured as a celebration of his many achievements, at international, national and local level, over the course of his outstanding political career.

A major enabler of progress for Limerick city and county, Michael Noonan was a keen advocate for education and his impact on UL had many multifaceted benefits.

As Health Minister, the Limerick native supported efforts at UL to work closely with the Mid-Western Health Board (now the HSE) on the design and delivery of programmes in medical education.

Today, we have continued our tradition of conferring Honorary Doctorates of the University of Limerick to people who have made tangible impacts on society

Indeed, the model of nurse education in general nursing, psychiatry and midwifery in operation throughout Ireland to this day was developed at UL, thanks in no small measure to the good working relationship built up between the University, the Department of Health and the Health Board on Michael Noonan’s watch.

In addition, when he was minister for finance, his commitment to introducing fiscal incentives in support of research and innovation were key elements of his ministry’s policy – measures still cited at the University today in the context of UL’s growing research profile.

“It is a terrific honour – I have been in politics a long time and to be recognised by one’s own city and such an august University is an especially great honour,” former Minister Noonan said.

Ireland’s most decorated foreign servant, Anne Anderson had an extraordinary 45-year career in which she blazed a trail for women in the diplomatic sphere and always stayed true to her goal of creating a better, more just society.

The first female Irish ambassador to the European Union, the United Nations and the United States of America, the career diplomat led the way for women in foreign service – not only in Ireland, but around the world.

She grew up in Clonmel, the daughter of a Limerick woman, and would go on to be described by former French president Nicolas Sarkozy as the most successful Irish diplomat ever.

Internationally renowned songwriter, singer, multi-instrumentalist, arranger and collaborator Paul Brady has had national and international success as a performer and songwriter, while collaborating with Eric Clapton, Ronan Keating, Mark Knopfler and being cited by Bob Dylan as one of his secret heroes.

The Strabane native’s 57-year career shows no sign of abating and over four decades he has forged indelible links with UL – performing at the UCH and particularly as a patron of the university’s Blas Summer School, where he has also given his time generously as a tutor.

The honorary doctorate is an opportunity to acknowledge Paul Brady’s contribution to UL and, more broadly, to celebrate and honour his outstanding and enduring musical career.

John Slattery, President and CEO of GE Aviation, is the first non-American to hold this prestigious position in the company’s 102-year history.

The UL MBA graduate is a former President and CEO of Embraer Commercial Aviation who grew up in Ennis, County Clare.

As head of the world’s largest provider of jet engines and services, avionics, digital solutions and aircraft electrical power systems, John presides over a company with annual revenues approaching $30 billion and a workforce of 40,000.

For more stories on University of Limerick, see HERE