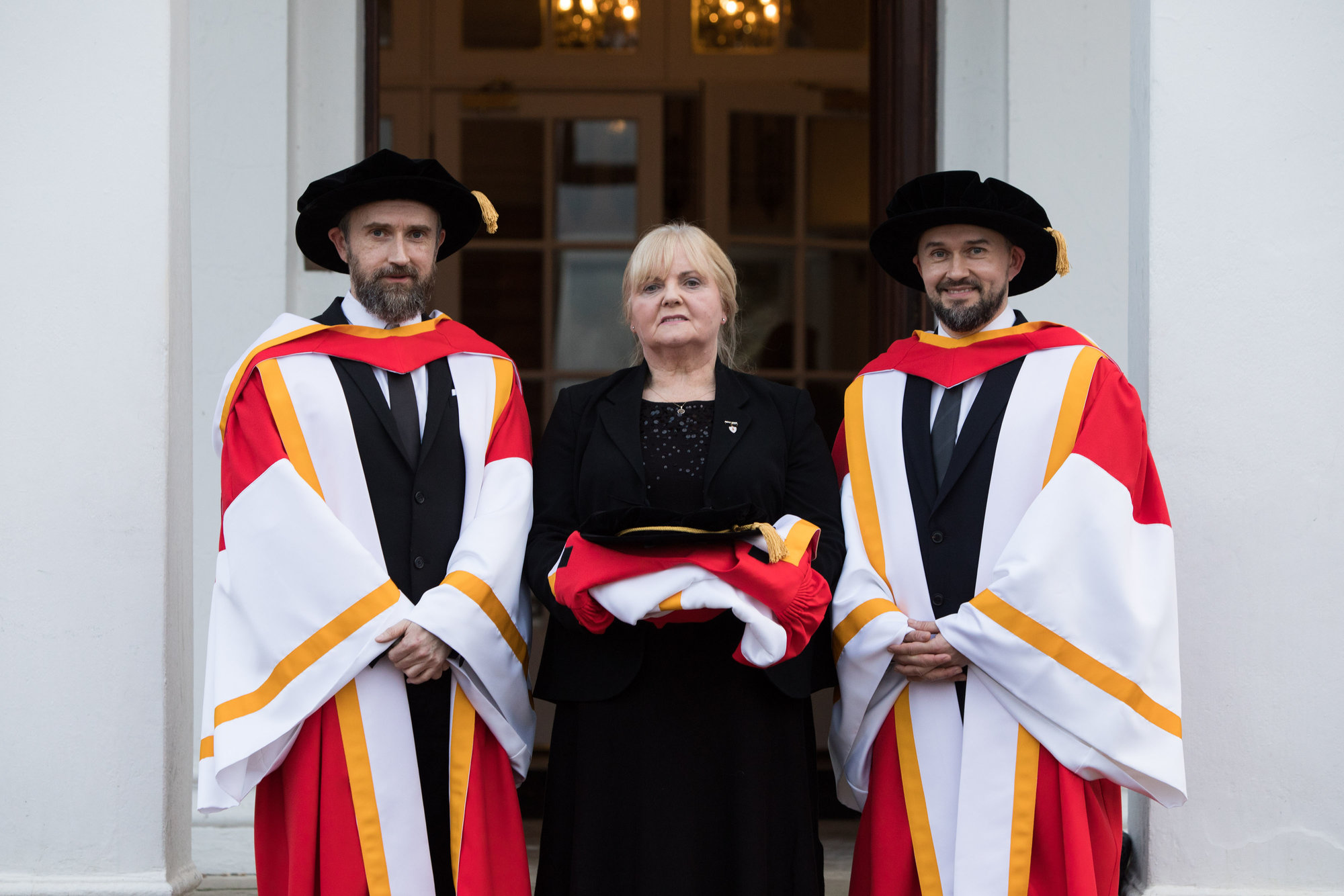 Guitarist Noel Hogan and bassist Mike Hogan were presented with an Honorary Doctorate of Letters. The Cranberries drummer Fergal Lawler was unable to attend the ceremony, his doctorate was accepted on his behalf by Noel Hogan. Eileen O’Riordan, mother of lead singer Dolores O’Riordan, who tragically passed away this time last year, was presented with a posthumous Honorary Doctorate of Letters for Dolores O’Riordan.

Speaking form the Ceremony UL President Dr .Des Fitzgerald said: “UL had initially planned to present these doctorates to The Cranberries in April 2017 however promotional and rehearsal commitments prevented the band from being available to accept the honour at that stage.  It is with very sad regret that since that time the world and more importantly her family and band mates have lost Dolores O’Riordan and her incredible voice. We very much appreciate her family’s presence here today and particularly her mother Eileen who is accepting this Honorary Doctorate on Dolores’ behalf.”

As a tribute to Dolores and to mark the first anniversary of her passing this week, Noel, Fergal and Mike wanted to pay homage to their close friend and lead singer by sharing the music they had been working on prior to her unexpected death. On Tuesday the band premiered the first track ‘All Over Now’ from the album they had been working on while on tour in 2017. By that winter Noel and Dolores had written and demoed eleven songs which now make up the forthcoming album ‘In the End’. In coming to terms with her tragic passing the band and with support from her family, wanted to honour Dolores by completing the record, which is now set for release 26th April 2019.

The Cranberries rose to international fame in late 1993 with their debut album, Everybody Else Is Doing It, So Why Can’t We?, which became a commercial success. The band has sold over 40 million records worldwide, and achieved four top 20 albums on the Billboard 200 chart and eight top 20 singles on the Modern Rock Tracks chart. 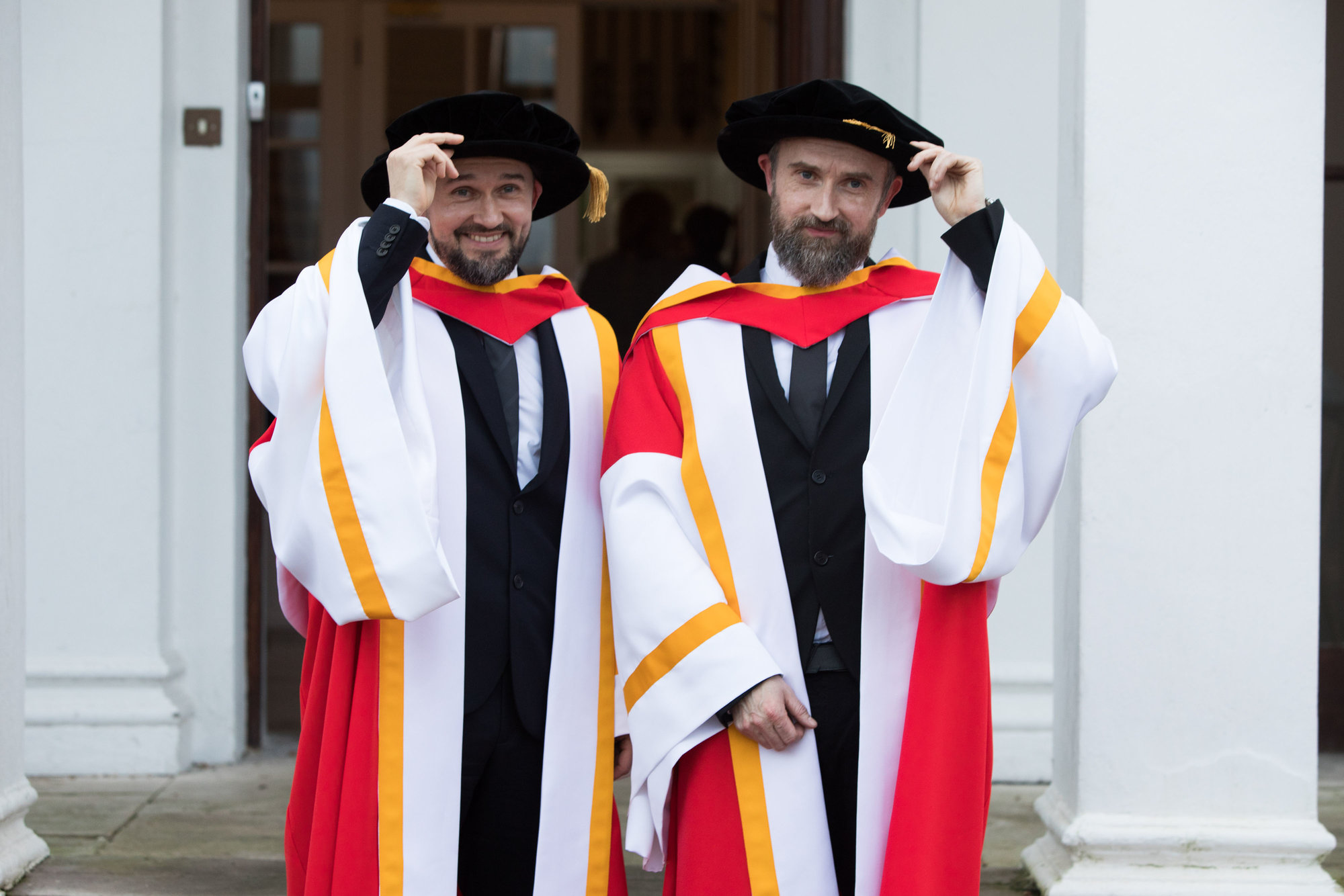 Speaking from the ceremony Dr. Noel Hogan and Dr. Mike Hogan said: ‘We are truly humbled that the University of Limerick has decided to bestow such an honour on us. We are saddened that Dolores is not with us on this very special day but garner some comfort that she was aware that the University was going to present the Cranberries with this honorary doctorate. It is poignant that the conferring is this week, a year since her passing’.

Eileen O’Riordan said: ‘I know Dolores would be so proud to receive such an honour from her home town, it would mean so much to her. No matter where she travelled or lived, her heart was always in Limerick and would take any opportunity to return and spend time here with her family, friends and band members’.

University of Limerick honorary doctorates are bestowed on individuals who have shown outstanding achievement, nationally or internationally, in the arts, sciences, business, industry, the professions, sport, social service or public service.

For more information on The Cranberries go here

For more stories on The Cranberries go here