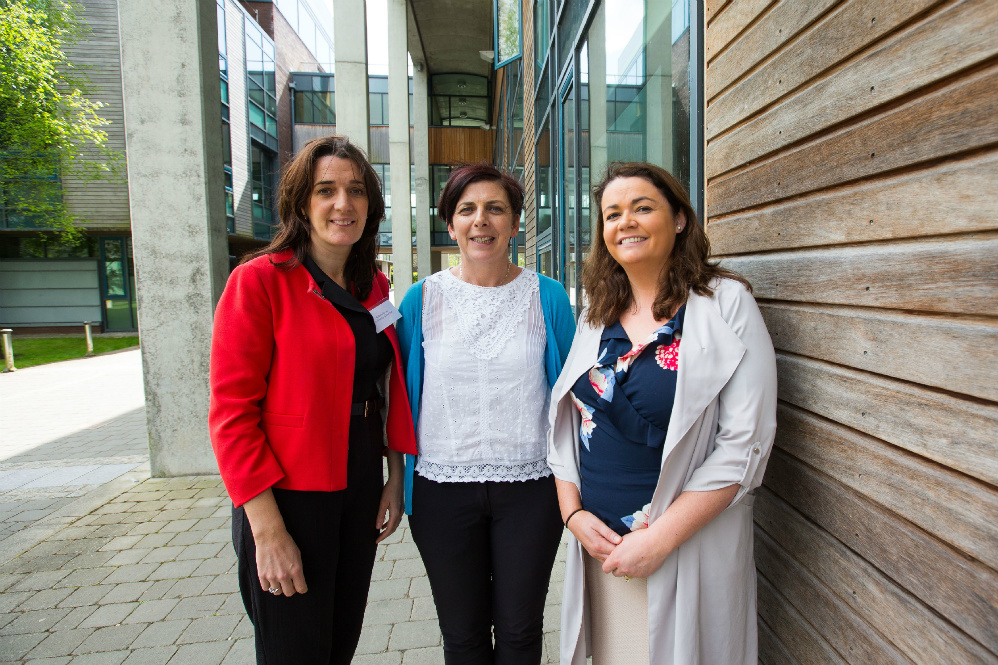 Speaking at a UL Journalism Symposium on media coverage of mental health stories, organised by the Journalism Department at the University of Limerick, Ms Butler called for accurate and sensitive reporting of murder-suicide cases.

“I can understand that people just cannot comprehend or don’t want to read about it and that it why it is so important that when murder-suicide cases are being reported on that it should be reported accurately and in a sensitive manner- no sensationalising, no glamorising of the events,” Ms Butler said.

“The media have and are in a powerful position on how they report anything in general, but in particular with murder-suicide accurate reporting is essential. People and society have a right to know how often these cases are happening,” she added.

Ms Butler who has advocated for reform of the Mental Health Act since the tragic deaths of her family believes her children would still be alive had she been involved in her husband’s treatment.

“I engaged with the media following the murder-suicide of my husband John and daughters, Ella and Zoe in 2010. After their deaths, I received a two-page report from the HSE which was inadequate and an insult. I called for a detailed investigation into his treatment from the HSE and also wanted the Mental Health Act 2001 to be amended to include spouses or partners in the treatment of the family member suffering from their mental health to help prevent further cases from happening and also especially for the welfare of children,” she said.

“The bottom line is that whichever way you look at the previous cases of a murder-suicide in Ireland the past twenty years or so, the mental health of the perpetrator is a major factor”.

“I do think that because I spoke out in the media an investigation did happen. I also think that it raised awareness of how often murder-suicide is happening in Ireland.
Ultimately, I went public and used the media because I thought and still believe that my family tragedy could have been prevented, had I been involved in my husband’s treatment, my children should be alive! that is the bottom line.”

Professor Jane Singer from City University in London presented a keynote address on the challenges of ethics in practice in journalism, at Thursday’s UL Journalism Symposium, which was organised by the journalism department at the University of Limerick.

Other speakers included Professor Ella Arensman, from the National Suicide Research Foundation Claire Sheeran, from Headline, the national media monitoring programme for mental health and suicide and Sean Donlon, The Chairman of the Press Council Seán Donlon spoke about the challenges and responsibilities of the media in the reporting of mental health related stories.

Journalists and news editors from The Irish Times, RTE, The Irish Daily Star, Live 95FM and The Limerick Post newspaper, also took part in the UL Journalism Symposium where they discussed how the media covers mental health stories and the challenges of working ethically in a digitised environment.

Speaking at the UL Journalism Symposium, Audrey Galvin, journalism lecturer, whose PhD study focuses on the ethical framing of murder-suicide stories said, “Our primary focus at this event was to look at when mental health discussion in the media is part of news events which affect the wider populace, for example, murder-suicides.”
She added “Part of that examination involves asking if the way in which journalists use sources, imagery and language, for example, perpetuate stereotypes, fear and misinformation? What ethical framework or guidelines can journalists who are under time and resources pressures use, when approaching such stories?”

“Conversely, there is, without a doubt, a public interest in the area of mental health and in particular murder-suicides. Is it time, we now consider these phenomena as a societal problem, rather than the individual. Here, the media have a large role to play. ”

Fergal Quinn, Journalism subject leader spoke out about the UL Journalism Symposium event stating “We’re really pleased to have hosted this event on what is a hugely important topic and I think the willingness and quality of those who have offered to contribute demonstrates that it is an issue that is uppermost in the minds of those interested in journalism practice.”

He then added, “A big part of what we try and do here in [email protected] is facilitated a meaningful discussion between academics, practitioners and those affected by issues being examined.”

The [email protected] symposium follows last year’s highly successful conference on Journalism in Times of Crisis. It also comes at the end of the Current Issues in Irish spring seminar series, which saw a number of leading professionals either working in media or with reason to comment on media – speak in UL on a range of important issues, including women in media, the role of PR in journalism and precarious employment of freelance journalists.

For more information on the University of Limerick click here

If you or someone you know is struggling with their Mental Health, you can get help here