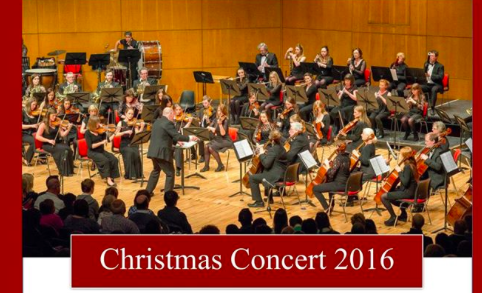 UL Orchestra Christmas Concert is coming to the University Concert Hall on December 3rd to get the people of Limerick excited for the holidays.

Under the baton of Liam Daly, UL Orchestra Christmas Concert will showcase performances of Beethoven’s dramatic Egmont Overture, Borodin’s masterful Symphony No.2 in B minor, and a selection of festive and film favourites to bring in the Christmas season and cheer.

Egmont, Op. 84, by Ludwig van Beethoven, is a set of incidental music pieces for the 1787 play of the same name by Johann Wolfgang von Goethe. It consists of an overture followed by a sequence of nine pieces for soprano, male narrator, and full symphony orchestra.

Symphony No. 2 in B minor by Alexander Borodin was composed intermittently between 1869 and 1876. It consists of four movements and is considered the most important large-scale work completed by the composer himself.

Tickets to the performance by the University of Limerick Orchestra is €15 for Main, €10 for Concession and €5 for a student.

Tickets available from University Concert Hall Box Office, University of Limerick at 061 331549 or on their website here.

For more events coming up in the University Concert Hall click here.

To watch the University of Limerick Orchestra perform Danzon No.2 by Arturo Marquez watch the video below!