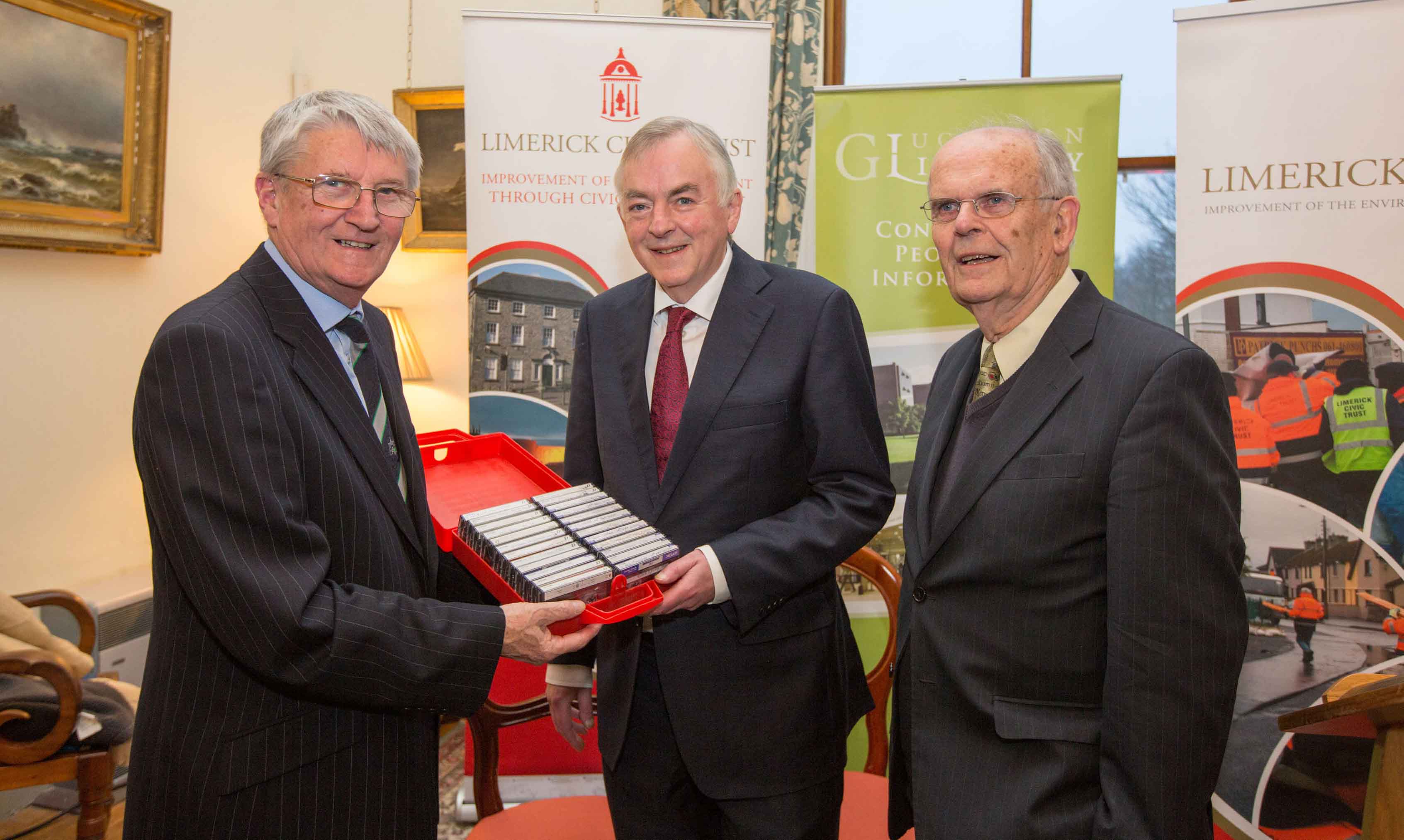 This special collection was donated by The Limerick Civic Trust and contains over 148 individual voices featuring Limerick people spanning over 16 years of history.

This collection of oral history brings to life the voices of 50 people which include artists, writers, politicians, millers, fishermen, artisans, soldiers, publicans and a variety of people living in the city.

The interviews were conducted between 1995 and 2011. The Special Collections and Archives Department at the Glucksman Library will undertake to preserve the collection and give access to this unique Limerick archive to both the public and the University community.

Speaking at the presentation, President of UL, Professor Don Barry said, “I am delighted to welcome this collection here today as it is a significant addition to the Glucksman Library. Many of the voices are those of eminent people in our community.

The archive is a reflection of the changing political, social and cultural climate of Limerick and it does so not just as a series of ‘facts’ but as what people believed, lived and understood, conveying all the joys, sadness and sometimes even anger that the written form cannot touch.”

It has protected, preserved and now presents the Trust’s research work and makes it accessible to a world-wide audience. It will be particularly valuable to historians, anthropologists, Limerick’s local historians and people interested in people and their lives. Limerick Civic Trust will continue to collect oral history.

The collection has been started and the Trust will continue the research and recording. This is a working project with a rich future.”

Some of the interviews include people like Tony O’Farrell who spoke of his family’s tradition of full-time fishing on the Shannon since the 1860s and of the many colourful characters in the fish market on Nicholas Street.

Eileen Brown, who in the late 1920s and early 1930s, scrubbed and waxed floors in Mary Immaculate College while her husband John, packed coal in the open air as a Limerick dock labourer for twelve shillings a day.

These collections now join the many treasure troves of Limerick that have been entrusted to the University of Limerick’s care including The Fr. John Leonard Limerick Collection, the Kemmy papers and the literary papers of  Kate O’Brien to name just a few.