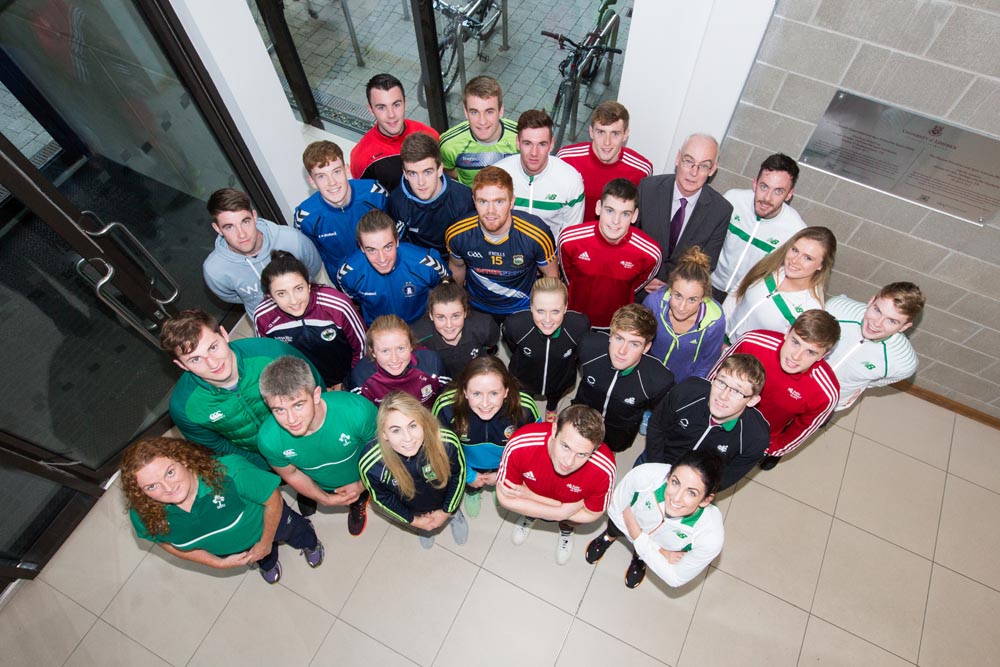 Three gold, seven silver and 14 bronze UL Sports Scholarships 2016 valued at €80,000 were awarded, with the formal presentation to take place at a ceremony later this year.

The UL Sports Scholarships are designed to support top athletes in pursuing and excelling in their sport while studying at the university.
UL’s Vice President Academic and Registrar, Professor Paul McCutcheon, was chair person of the selection committee.

“The inaugural UL Sports Scholarships 2016 scheme was launched in April. Since then, the quantity and calibre of applicants has been very high. Hundreds of exceptional athletes from more than 20 different sporting disciplines applied, making the final selection process especially difficult. The 29 recipients of the 2016/2017 UL Sports Scholarships have shown dedication, skill, sacrifice and most importantly, promise and through this programme, we look forward to supporting each of them in reaching their academic and sporting potential,” Professor McCutcheon stated.

“The fact so many talented athletes are choosing to study at University of Limerick reflects not only the university’s excellent academic provision but also the superb sporting facilities and support systems we have in place,” he added.

Among those to receive scholarships from the university are: All-Ireland Senior Hurling Championship winners from Tipperary John McGrath and Jason Forde; Irish rugby international Fiona Reidy; Olympian Michelle Finn; members of the Munster Rugby Academy; as well as members of the successful Limerick FC squad that recently won promotion to the Irish premier division.
Scholarships were also awarded to a number of top triathletes, swimmers and track and field athletes.

The University of Limerick campus and UL Sport Arena features the largest all-weather sports field complex in Europe, an indoor rowing tank, the National Altitude Training Centre, the National Strength and Conditioning Centre, a 50m Olympic pool, a 400m outdoor- and 60m indoor athletics track, 30 acres of playing fields, tennis courts and batting cages, a suspended running track and basketball arena.
“The sports facilities at UL are second to none and just as important is the expert coaching provided and the outstanding sports science support offered to scholarship recipients,” Mr Ryan outlined.

Under the UL Sports Scholarship scheme gold awards include a training grant, accommodation and registration as well as supports in the area of sports science and coaching and include gym membership. Gold awards are valued at more than €10,000 per year.

Silver awards are worth in excess of €5,000 per year and bronze, more than €1,200. All the scholarships also include workshops and academic mentoring. The closing date for applications is March 1, 2017 at 5pm.

Applications for the 2017 UL Sports Scholarships can be made via the application form on www.UL.ie/sportsscholarships.

For previous stories on Univerisity of Limerick from I Love Limerick click here.

Related Topics:Athletes in ULLimerickulUL Sports Scholarships 2016University of Limerick
Up Next

Limericks Adare Manor ready to do business in Las Vegas