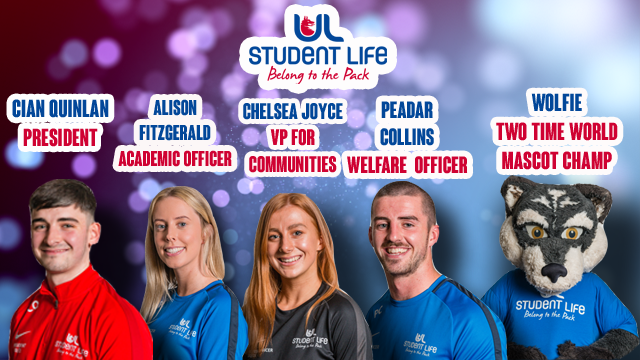 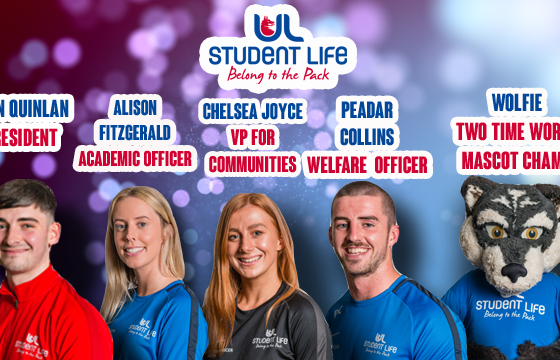 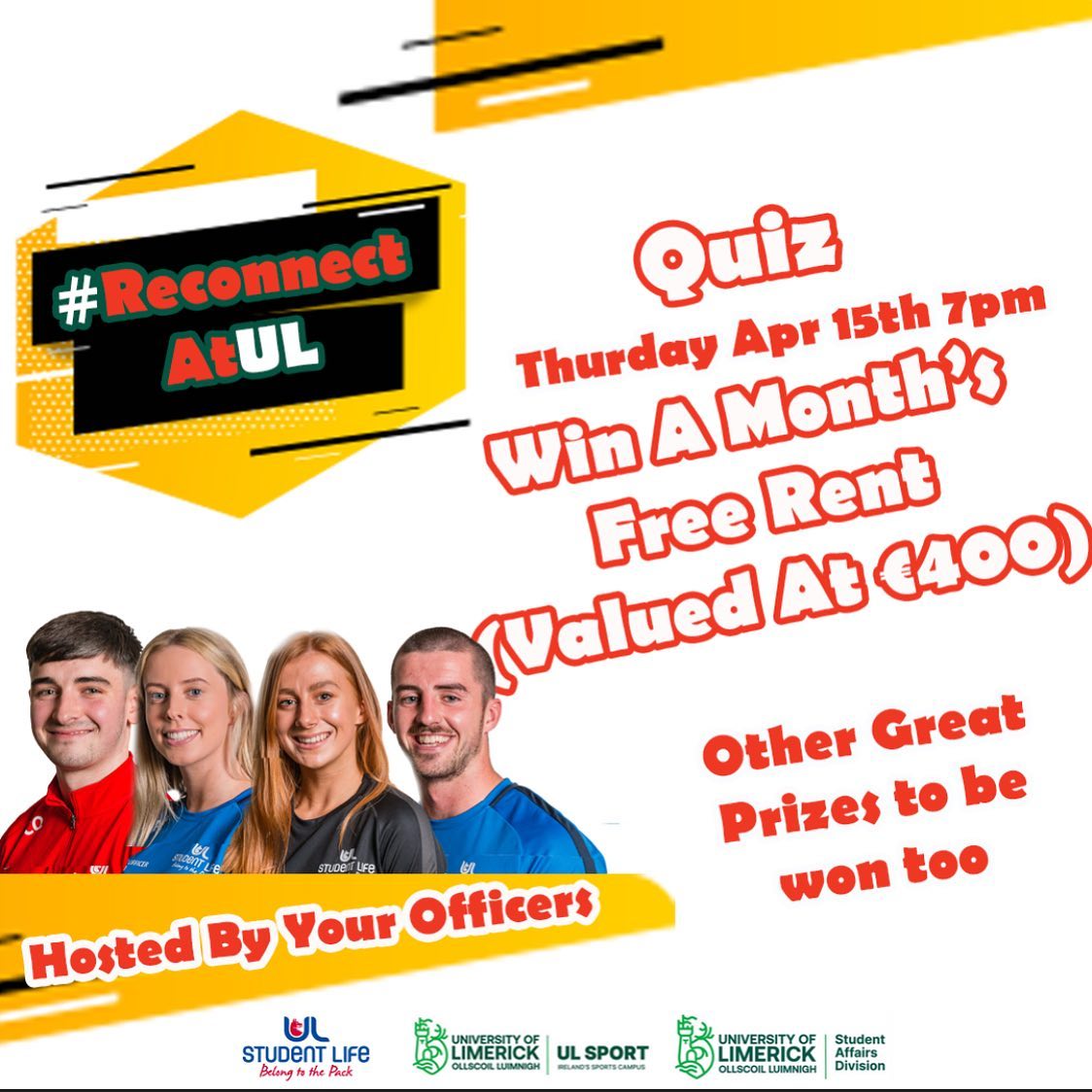 UL Student Life Officers shaved or dyed their heads to fundraise for their two chosen charities this year, Irish Community Rapid Response and Irish Red Cross Limerick.  The two charities were chosen by the students at the University of Limerick.

They hosted a table quiz with the theme being #ReconnectAtUL, a cross-campus initiative to reconnect, engage, and provide a sense of community for students during these times by providing events and activities and getting the student community involved in University Life while in lockdown.

To get students engaged the student officers, Cian Quinlan, President, Alison Fitzgerald, Academic Officer, Peadar Collins, Welfare Officer and Chelsea Joyce, VP for Communities, decided that if donations reached €500, Peadar would shave his head, followed by Cian if they reached €1,000. Alison spurred on the final donations by agreeing to dye her hair pink. The fundraiser has raised a total of €1,289, over double the original target of €500 and is still open for donations. Student Life will match the amount made from donations to give to the chosen charities.

The day after the quiz, the team set up an Instagram Live video where students could watch their SL officers shave/dye their heads. Alison, commenting on dyeing her hair said, “I think it was pretty well received. I’m happy enough with it, I was really scared when I did it.”

Cian added, “People reacted quite well to me shaving my head, it was for a good cause but also it was a bit of fun. I think we all need a bit of fun during these tough times so I was happy to do it. It’s something fun and engaging for the students.”

Peadar commenting on the fundraiser said, “We did this fundraiser because the usual fundraising activities were cancelled because of Covid. Usually, we would have a big courtyard gig fundraiser and we would usually fundraise about ten to twenty thousand every year for the sponsored charity. So, we said this year, we would have one last bang at it and try to do something fun and we were quite successful so I’m delighted with that.”

Cian added, “It has been fantastic, and as difficult as it’s been over the last year and the last number of months there has been a great sense of community spirit and people wanting to come together and help out and that makes it all worthwhile at the end of the day. We really do love that and appreciate that.”

The Irish Community Rapid Response and Irish Red Cross Limerick will remain as UL’s two chosen charities in the next academic year. Cian said, “both sponsored charities will be carried forward so that they get an amount in total that would be similar or equivalent to the larger sums of money charity get in a normal academic year.”

Irish Community Rapid Response are committed to providing safe, effective, and timely emergency medical care to those seriously ill or injured in Ireland through the provision of a charity funded Air Ambulance, staffed with NAS Advanced Paramedics and Emergency Medical Technician. They also run a network of Volunteer Doctors in Rapid Response Vehicles across the country.

Irish Red Cross Limerick was founded in 1940 with just a small number of members. Now they have more than 600 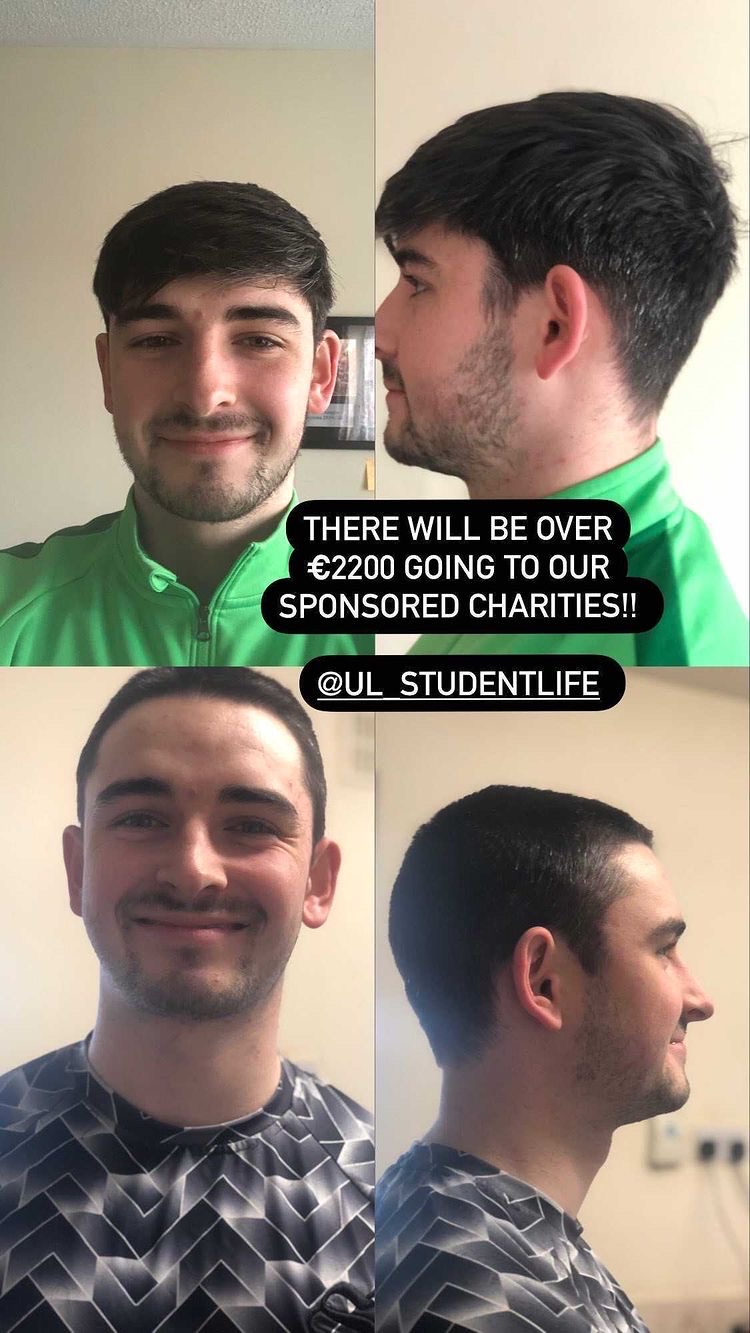 The event took place over Instagram Live with great response from the student body.

members actively volunteering for the Irish Red Cross in Limerick City and County. The organisation offers a range of services including first aid and ambulance cover at events, first aid training, health and social care support and a Red Cross Youth section.

Peadar urges students who might be struggling during these difficult times to find somebody to talk to, saying, “My mantra is always to try to find someone to talk to, even if it’s a family member or best friend. I know the saying is ‘a problem shared is a problem halved’.  When you hear someone open up to you it really helps the other person because you know there’s other people out there feeling overwhelmed too.”

He added, “Reach out to someone you haven’t spoken to in a while. That could be a best friend, sister or a brother, just let them know you are there for them and that you love them.”

Cian, thanking those who donated, wanted to share a message with students saying, “You have all been absolutely amazing, hard-working, resilient, patient, and above all else selfless. Being in a national lockdown in periods of restriction, as young people that don’t have an underlying health condition and I am speaking directly about students who do not have underlying health conditions or a need to cocoon or anything like that, your behaviour is completely selfless and for the greater good. You’re thinking of those people in your community and those people of our country who need to be protected from this virus and you have done brilliantly doing that. The worst of it is over. We have a vaccine program and rollout and hopefully, we will be back to a normal lifestyle come the end of this year.”

The link to donate to the fundraiser will stay open until Sunday, May 23.