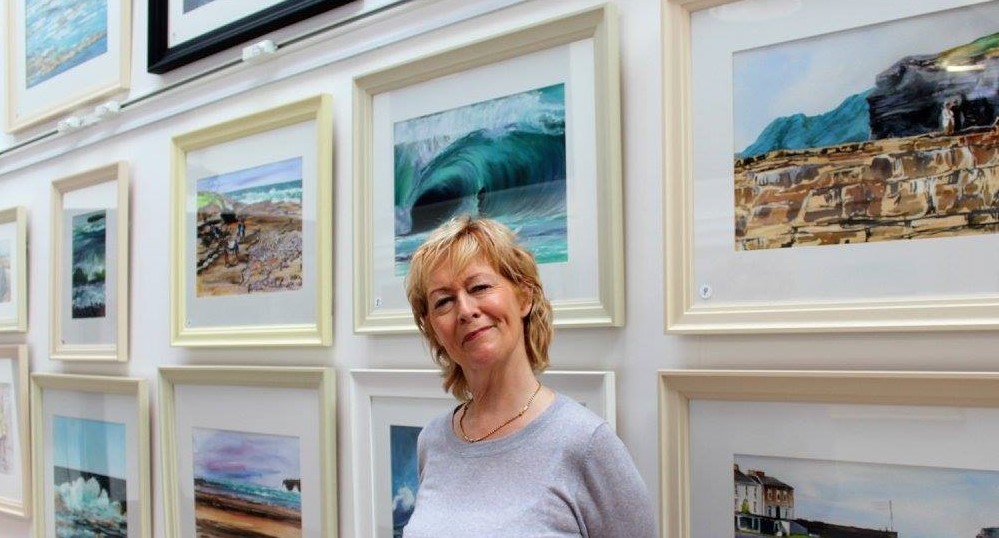 The painting shows a medical worker holding a patient with the words ‘Give yourself a hug, you deserve it.’

Popular Limerick artist Una Heaton has generously donated a painting to the University Hospital Limerick (UHL) which pays tribute to the work that its front-line staff has done in the pandemic.

The artwork depicts a medical worker dressed from head to toe in protective gear hugging a patient.

The painting is inscribed with the phrase, ‘Give yourself a hug, you deserve it,’ to acknowledge the fact that due to the pandemic, we haven’t been able to hug loved ones for almost two years.

Una began working on the painting in July as a tribute to the front-line workers and the incredible work they’ve done.

UHL praised Una for her lovely gesture, and the painting now hangs in the Dooradoyle facility for patients and workers to see.

?️Lovely gesture from local artist Una Heaton who acknowledged the dedication of our frontline workers this year with the gift of a painting.
The inscription reads: 'Give yourself a hug, you deserve it.'#TeamULHG#OurHealthService@HSELive pic.twitter.com/37mU5uVF5Z

As well as her impactful painting, Una had previously organised a tribute to frontline workers in the form of music at the Strand Hotel featuring performances by Emma Langford, Sinead O’Brien, Ger O’Donnell, Derek Moloney, Karen Franklin, Jim Lynch, and the Munster Supporters Choir.

The event had been broadcast live on the ILoveLimerick Facebook page and had been watched by 10,000 people within hours of the broadcast. All proceeds from the event went towards Pieta House.

Speaking about the event, Una said, “It was an idea I had that it would be a nice way to use music to thank our frontline people, while also raising money for Pieta House. Music is a great way to alleviate stress and bring people together, and when I asked people to get involved everyone was so enthusiastic, nobody said no, everyone wanted to take part.”

Una, who studied at the Limerick School of Art, has created portraits of famous faces from across the world and has held many exhibitions in Ireland, the UK, and New York.

She is also known for creating the amazing mosaic of Frank McCourt to mark the 20th anniversary of winning a Pulitzer Prize for Angela’s Ashes at the Frank McCourt Museum.