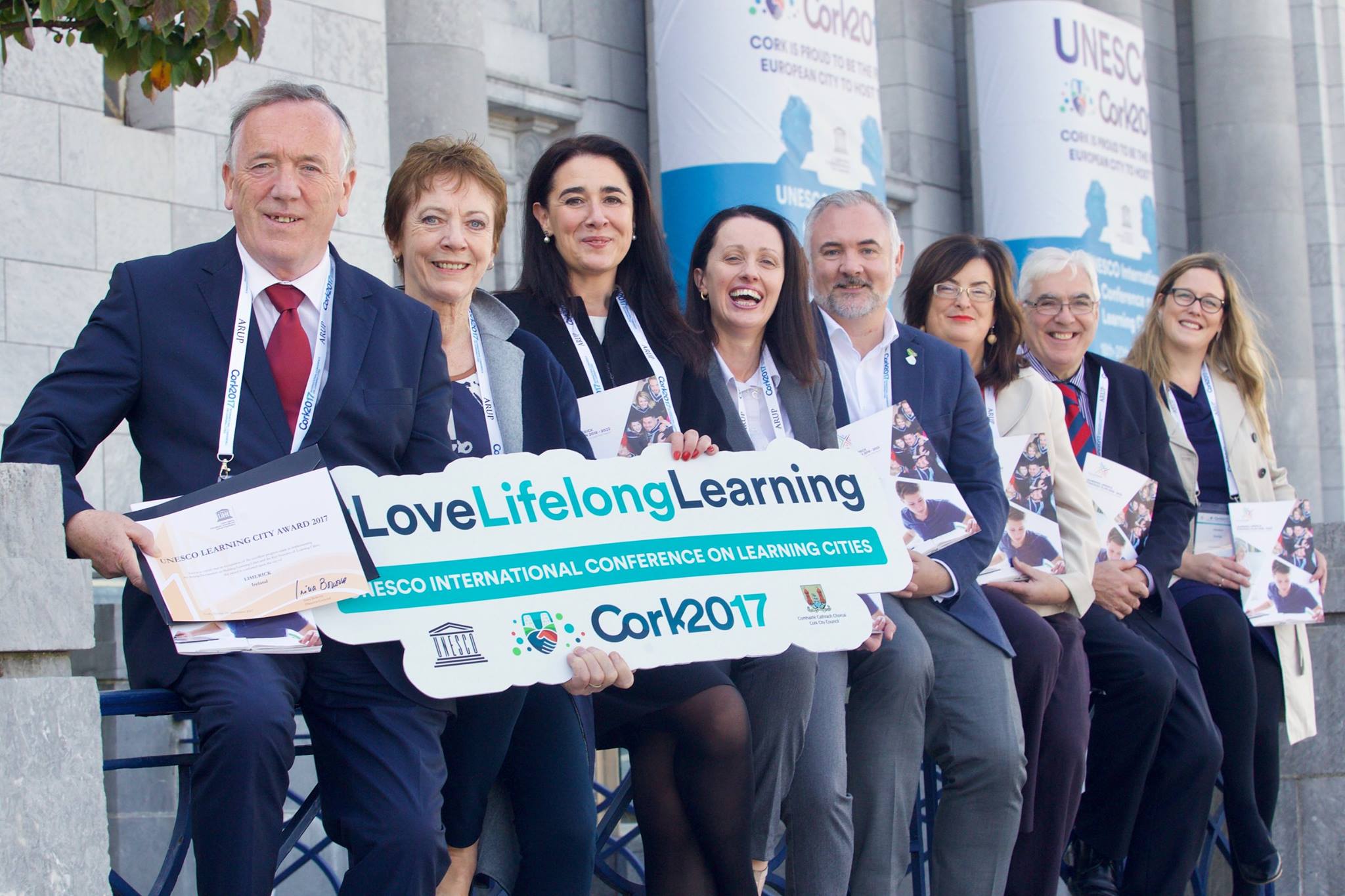 The Mayor of Limerick Stephen Keary was there to accept the UNESCO Learning City Award 2017 on behalf of Limerick Learning Group and the people of Limerick.

Limerick has joined a select number of cities in being awarded the UNESCO Learning City Award 2017 at the third International Conference on Learning Cities, held in Cork.

A jury comprising of 12 international experts from all the UNESCO regions selected Limerick for the award.

Only 16 cities from around the world, including Limerick, have been given this award this year.  The award is given to cities that, by putting in place the building blocks of a learning city, have achieved exceptional progress in promoting lifelong learning.

The Learning Limerick steering group is a partnership forum that brings together sectoral networks and partnerships including statutory, local development, social partners and community and voluntary groups.

It is hosted by Limerick City and County Council, working very closely with Limerick and Clare Education and Training Board and PAUL Partnership.

In granting the Award for Limerick the jury had highlighted a number of particularly strong features, among them the involvement of stakeholders from different sectors as well as the organisation of celebratory events.

In accepting the award Mayor of the City and County of Limerick Cllr Stephen Keary said: “I’m delighted to be able to accept this award on behalf of the Learning Limerick group and the people of Limerick.”

“It is important that we recognise the importance of education as we seek to grow personally and as a country.  We in Limerick are working together with all the stakeholders to make education as accessible to everyone as possible.”

Eimear Brophy, Further Education and Training Enterprise Development Manager with Limerick and Clare Education and Training Board said: “Limerick hosts many successful models for market-led training involving cooperation between education and training providers and industry, including clusters in the areas of Hospitality, Film, IT and Engineering. This work has led to the economic progress that has taken place with the rejuvenation of the region over the last number of years.”

The award was made at the UNESCO Conference in Cork.

In 2015 Cork was one of 12 cities to receive the same award.  This makes Ireland one of only five countries with two UNESCO Learning City Awards, along with Brazil, China, South Korea and the UK.

Eimear Brophy made a presentation entitled ‘Learning Cities towards Employment and Entrepreneurship’ at the conference.

To read more of our stories on the UNESCO click here