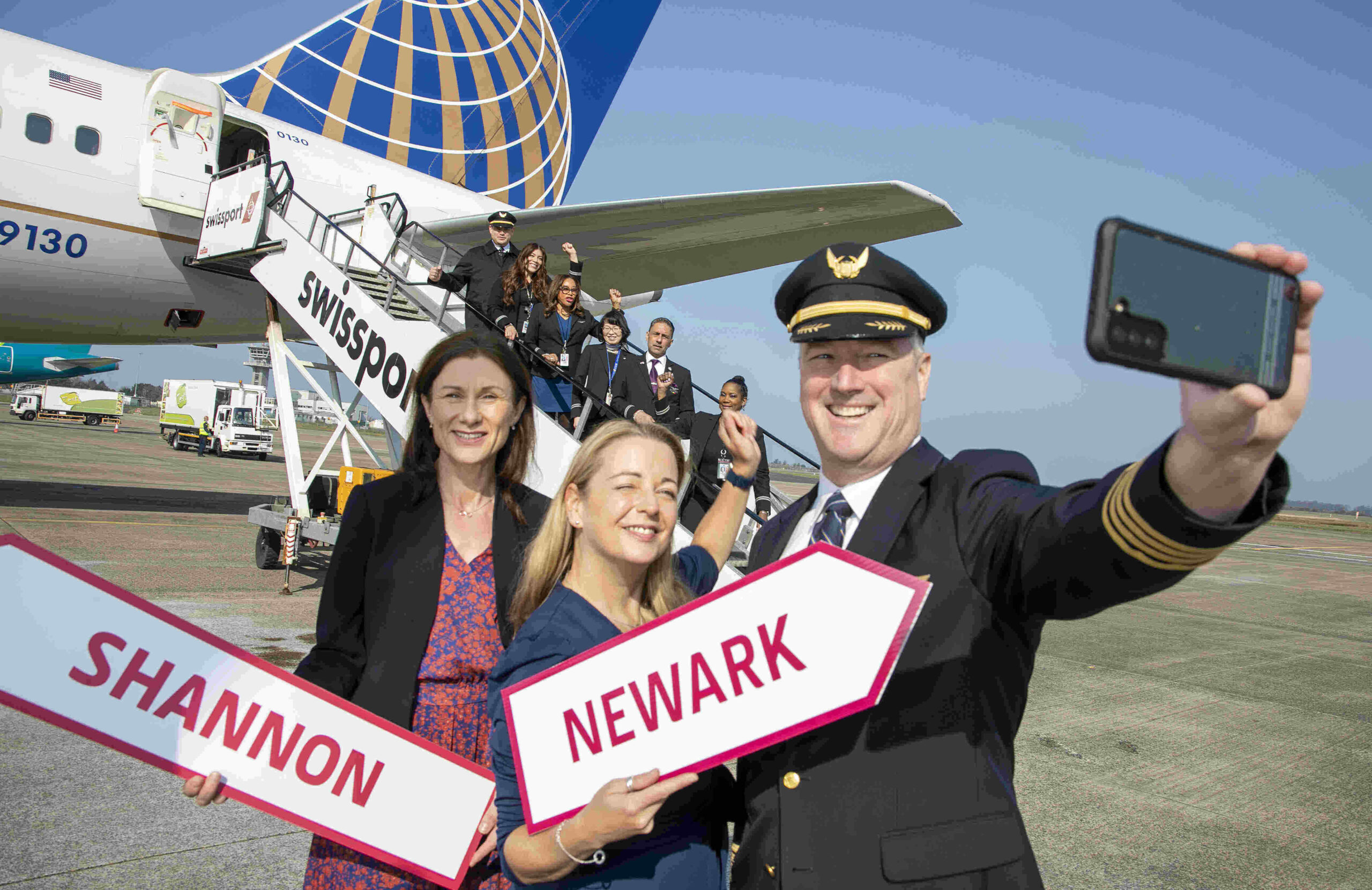 The United Airlines Shannon to New York/Newark service is set to operate until 29 October 2022 and departs daily at 12.30pm

Today’s departure from Shannon Airport marks the first scheduled flight with United Airlines from Shannon since the end of October 2019 at the end of its seasonal service that year.

The United Airlines Shannon to New York/Newark service makes it return after an absence of almost two and a half years following the US travel ban during the height of the pandemic.

Welcoming the restart of the New York/Newark service, Mary Considine, CEO of Shannon Group said: “United Airlines is a very valued airline partner of Shannon, and we are delighted to welcome them back to our airport as they restore this vital transatlantic service. With its hub status and onward connections, the Newark service is extremely important for our business passengers and is a key component of our transatlantic connectivity for our region and the broader west of Ireland.”

“We are delighted to return to Shannon Airport in 2022 and resume nonstop services to the United States,” said Martina Coogan, United’s Sales Manager Ireland. “With the return of the  United Airlines Shannon to New York/Newark service, our customers in the west of Ireland can take advantage of a direct connection to the U.S., as well as an unrivalled route network from United’s hub at New York/Newark, offering convenient nonstop connections to over 90 destinations across the Americas.”

Shannon was the first US immigration pre-inspection facility in Europe established in 1986, later becoming a full pre-clearance operation in 2009, and the following year, the airport was the first in the world to offer full preclearance for private aircraft.

Today’s journey for passengers was made easier by the airport’s recent introduction of a new security screening system which halves time spent in this area and eliminates the 100ml only rule. Shannon is the only state airport in Ireland to operate this cutting-edge technology.

United has served Ireland since 1998 and today offers as a daily seasonal service from Shannon to New York/Newark. All flights are timed to connect at United’s U.S. hubs with an extensive network of services to destinations throughout the US.

Located just 14 miles from Manhattan, Newark Liberty International Airport offers the fastest surface transfer journeys to many parts of the city, including the AirTrain service to New York Penn Station in midtown Manhattan, with a journey time of less than 30 minutes

All times are local and subject to change.

ReEmbrace Limerick and the joys of life without limits this Spring