By Richard Lynch on February 23, 2018@richanthon 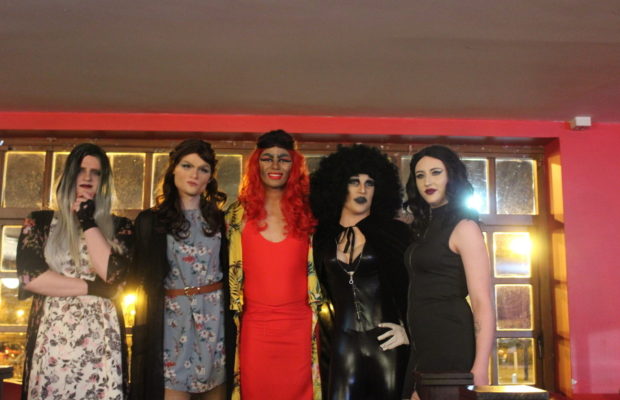 University of Limerick’s Out in UL celebrated their eighth run of their amateur dag competition, Alternative Miss UL, this past week.

Alternative Miss UL has taken place every year in the university’s spring semester since 2011 in UL’s Scholar’s bar. Out in UL events officer Ciara Gordon stated “we do drag queens, drag kings, hyper queens and hyper kings, whatever people want to come as, we are happy to have them! We train them, help them create their character, do their makeup and provide them with wigs. We don’t require anyone to have any knowledge or drag experience, we simply want them to be willing to go all out in their fight for the crown!”

Applications go out two weeks before the event in which contestants are asked what kind of help they may need for the competition, and the events officer and events assistant will be in touch with them as the competition approaches. 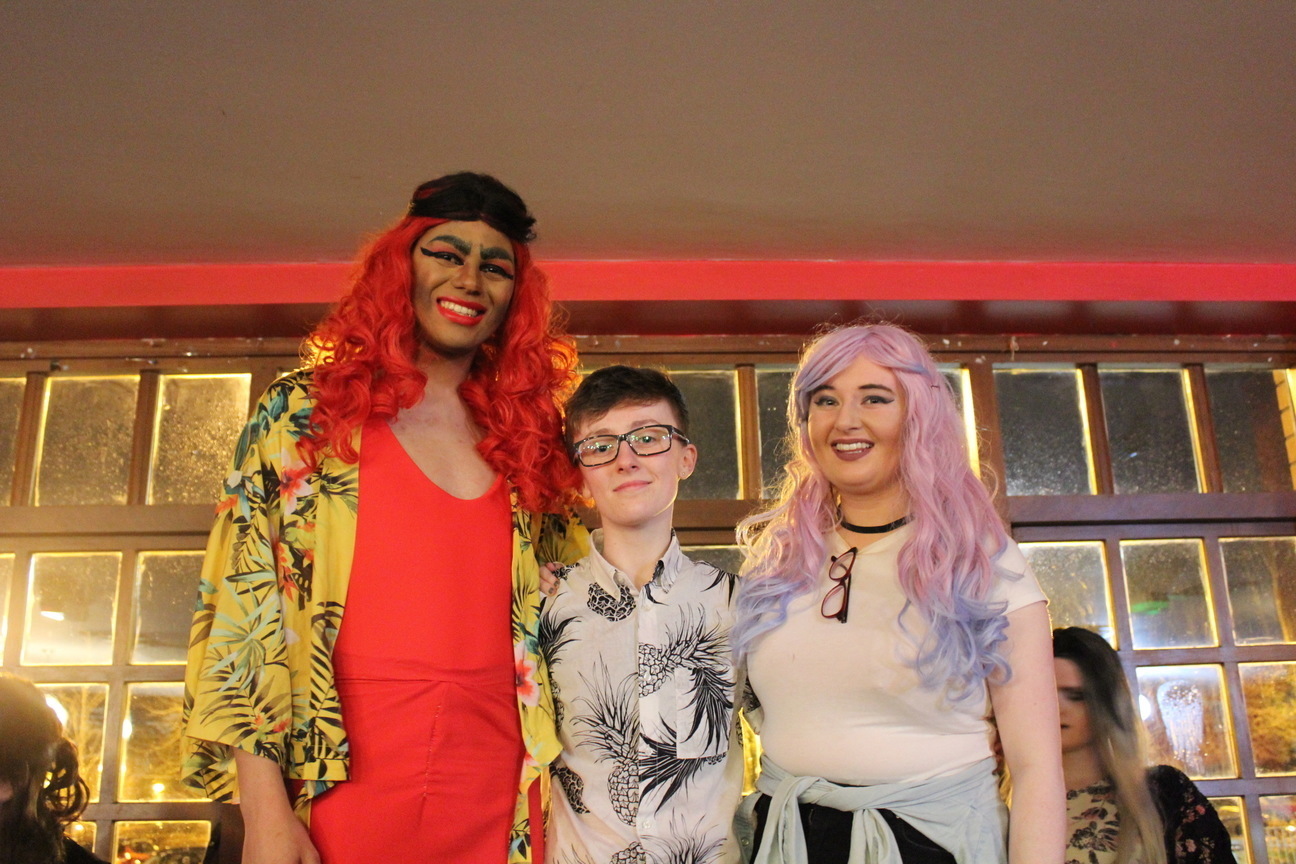 The show consists of three rounds, which have changed multiple times throughout the years of the competition. When the competition first began in 2011, the line-up consisted of the introductory round, the talent round and the mystery round. In the last two years, however, the line-up has consisted of a group lip sync, a personality round and a solo lip sync. This year, a raffle was also introduced at the interlude and a final round was to be held in which the top two contestants would lip sync against one another.

Throughout the years, past Out in UL committee members and Alternative Miss UL contestants have hosted and judged the competition. This year, last year’s winner Betty Swallows (Abraham Blake) hosted the competition and delivered a lip-sync performance before the winners were announced. This year’s judges consisted of former Alternative Miss UL contestant TeCiara Mockingbird (Ciara Gordon) who also performed a lip-sync, Out in UL events assistant Ignas Nenorta, and UL Drama Society’s Conor Clohessy.

This year’s contestants consisted of Rosanna “The Royal Pain” Richards (Ryan Hanton), Mona Lott (Seán Lynch), Anida Mojito (Keith Smith O’Brien), and Sarah Tonin (Sarah Hogan). All contestants delivered jaw-dropping performances, and in the end, it was declared there was less than five points between the winner and second place. However, it was Rosanna “The Royal Pain” Richards who was declared the overall winner after an intense lip-sync battle against runner-up Sarah Tonin.

Overall, this year’s Alternative Miss UL was indeed a night to remember and the next year of the competition is sure to be highly anticipated!

To find out more about Out in UL, go here.