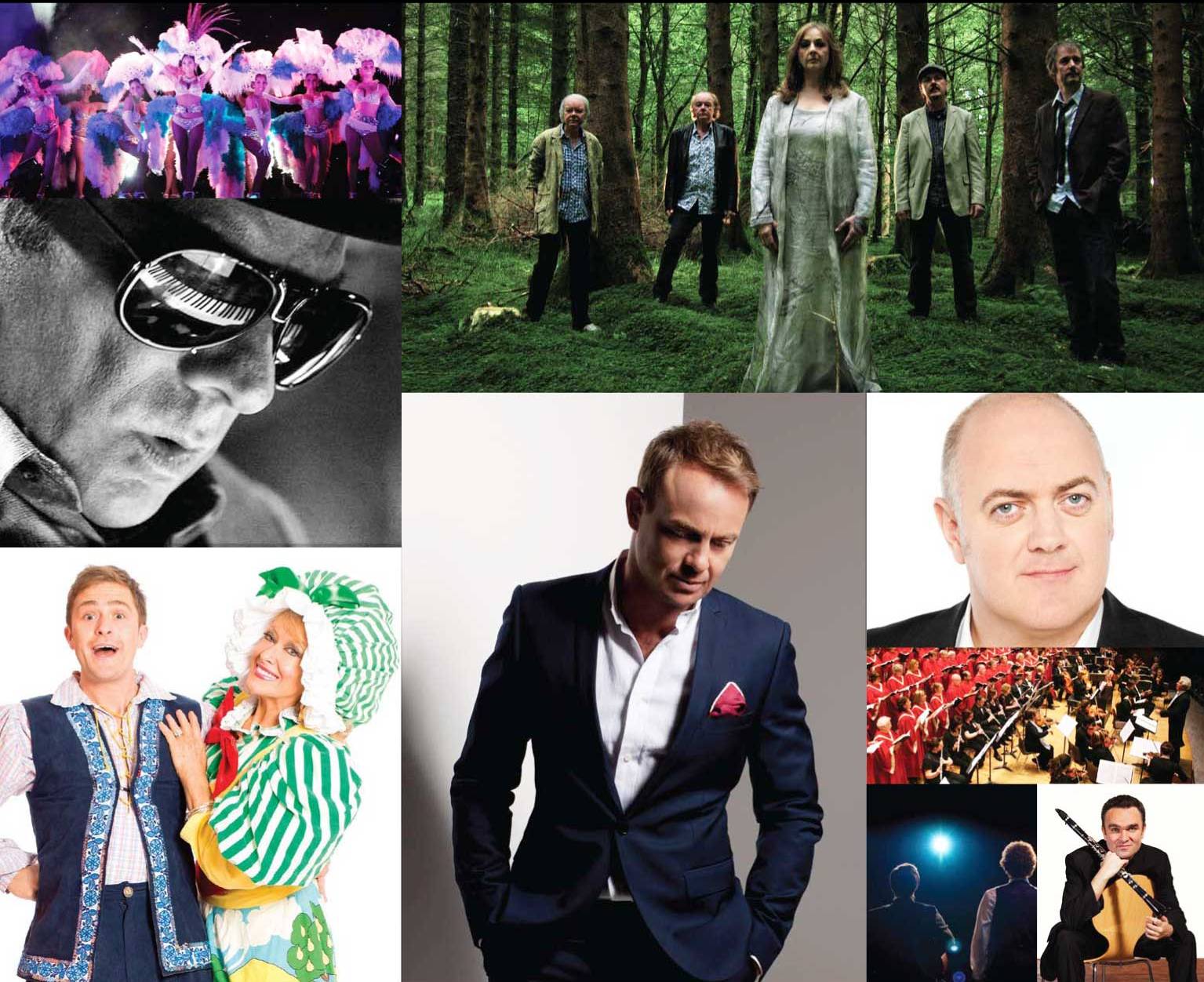 It’s a giant line-up…You’ll have to come!

Giants of Jazz, Musical Theatre, Trad and Easy Listening, Cabaret, Comedy, frightening and funny Drama, Choral Music, Classical, Opera and probably the Best Panto in the Country! Autumn/Winter 2014 at University Concert Hall, Limerick – for complete entertainment, this is the only place to be!

For the first time since 2002 Van Morrison comes to UCH as part of this year’s Limerick Jazz Festival. Having sold out in just over an hour, Van at UCH is literally the hottest ticket in town this September. If you’re more of a trad or middle of the road music lover, however, take your pick of the hauntingly beautiful Clannad, Dolores Keane, Frankie Gavin, Dr. Hook, The High Kings or the award winning Simon & Garfunkel Show.
Fans of Musical Theatre are in for a very special treat this season with the exciting “Limerick’s Dream Will Do” show starring Jason Donovan and special guests! For one night only UCH will celebrate Limerick’s strong tradition of, and contribution to, Musical Theatre as local artists – John Brannoch, Shonagh Daly, Nigel Dugdale, Jean McGlynn, Amanda Minihan & Liam O’Brien – take to the stage with ‘80’s icon and the definitive “Joseph”, Jason Donovan.

If you are looking for a laugh as the long night’s draw in choose from the hilarious (but filthy!) “51 Shades of Maggie”, Neil Delamere’s brand new show “The Fresh Prince of Delamere”, or perhaps you are one of the lucky ones with a ticket to the already sold out Dara O’Briain! For something a bit different, and a great group night out, why not choose “Simply the best cabaret floor-show you will see…” (Edinburgh Guide), The Lady Boys of Bangkok or the solo tour de force that is the terrifying Jonathan Harker & Dracula starring Gerard McCarthy (The Fall, Hollyoaks, Vikings).

The Irish Chamber Orchestra’s season begins in September and continues throughout October and November with concerts featuring Gabor Tacaks-Nagy, Anthony Marwood and Jorg Widmann. Voices of Limerick present “Classics for Culture” and Limerick Choral Union celebrates 50 Years of Singing. In January UCH delighted to welcome, for the first time to the city, the prestigious Princeton University Orchestra direct from the US.

If all of that wasn’t enough to keep audiences enraptured, amused and entertained from now until Christmas, there is also the UCH Panto to look forward to! In its third year and now widely regarded as the Best Panto in the country, this year’s “Jack & The Beanstalk” stars Twink, Richie Hayes, Fair City’s George McMahon (Mondo), Leanne Moore, Myles Breen & Richard Lynch. This year will also include a special, Sensory Friendly performance (Sunday 21st Dec @ 2pm) which will be thought out for children with special needs, including softer lighting, no sudden noises and music at a suitable level. Like the Beanstalk, the fully professional UCH Panto just keeps growing so prepare for the most fun your family have ever had!

“Having joined the UCH team last November, my first year has been packed with wonderful, high profile events including Riverdance and the Bill Whelan Gala Celebration. With the launch of this Season, I’m delighted to say that we are all looking forward to an equally exciting Autumn/Winter Programme of events. We hope both regular patrons and first time attendees alike will find themselves spoilt for choice and we look forward to welcoming them all over the coming months”Sinead Hope, General Manager