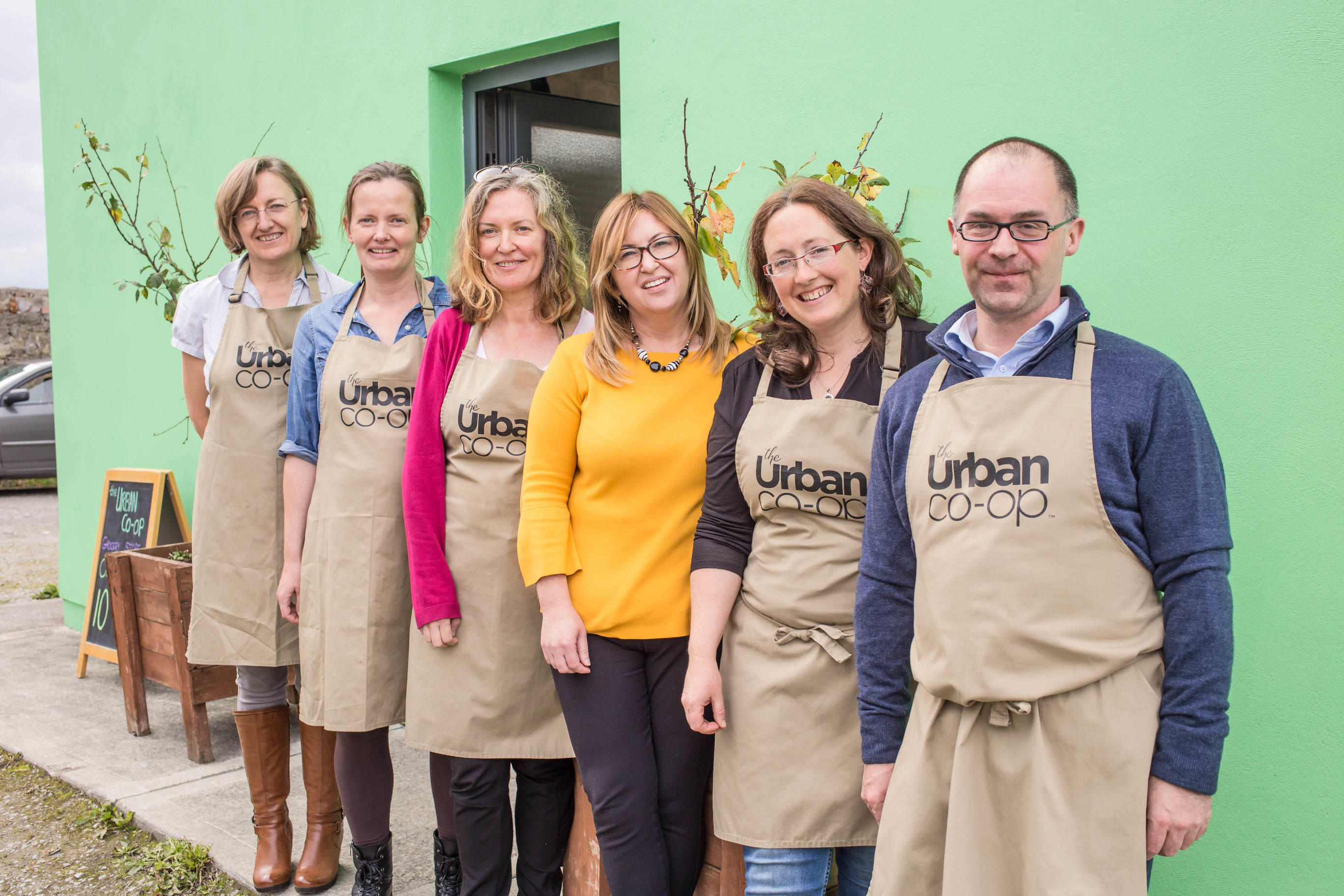 The Urban CoOp has recently re-opened in their new premises at Tait House Community Enterprise, Southill, making part of the more than 16 different enterprises present in the community development co-operative.

In the new spacious premises, the Urban CoOp offer locally sourced produce and seasonal vegetables from granola, whole-meal breads and raw milk to squash, kale and pumpkins – the CoOp aims to produce and sell wholesome food at affordable prices.

Originally building the business in Mulgrave Street from what was a derelict site to a business with over 360 members, the Urban CoOp moved to Tait House Community Enterprise in a hope to expand the business even further.

“We found that there wasn’t enough room in the Mulgrave Street premises to build on further,” explained Deirdre MacMahon, Urban CoOp member. She then added, “after having a meeting with Tait House it was really a match made in heaven. It’s a perfect fit for us; a much bigger space, we have offices and we are getting ourselves more organised than ever.

Tracey Lynch, Tait House Administrator, is very happy to have a business like the Urban CoOp on the site working with the 16 enterprises Tait House boasts.

“It’s added a huge vibrancy to the services we provide here,” she said, adding, “The Urban Co-Op itself, in terms of the retail and bringing this community together; we can already see the impact of that. It offers a different dynamic in terms of visitors to the centre. It’s an opportunity.”

Inside the shop offers a range of wholefoods, fresh bread, ‘buy as you see’ organic vegetables, and the ready-to-pick-up orders made online by members, making for a sustainable business, where produce isn’t wasted.

Tait House Community Enterprise has been planning an Urban Farm, which both the Urban CoOp members and Tait House hope the grocers will be heavily involved. The groups aim to have a site where they can produce their own vegetables as well has educating members through gardening, farming and ways in which they can use the organic vegetables.

“We would be really looking forward to growing produce on site, there’s a plan for raised beds and polytunnels. The vision is that there will be vegetables sold on site and grown in the shop, there’s also huge possibilities for training – how to grow their own stuff, what can be made from the food. The possibilities here are endless,” said Deirdre MacMahon.

“We are also looking forward to being part of the Urban Farm plan which Tait House have been working on for a number of years now,” she said.

Members of the Urban CoOp expressed how with the space in the new premises and the possibility of working on the Urban Farm project they will be actively seeking new volunteers and members in their future.

You can find more information on the Urban CoOp here.
Here you can find out more about Tait House Community Enterprise.
Read more stories related to Business here.

Calls for a Focus Ireland Committee in Limerick