By Richard Lynch on February 22, 2019@richanthon 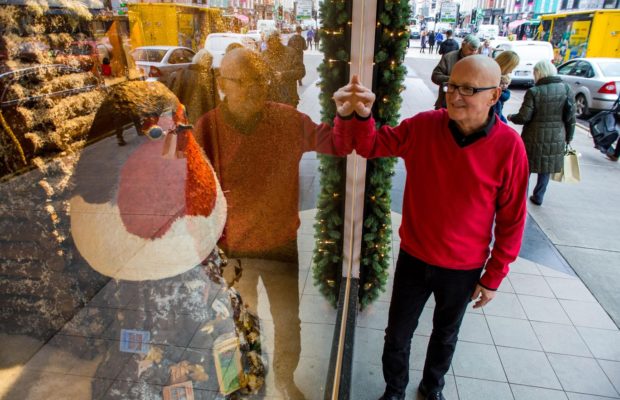 Ever wondered who is the man behind the stunning window displays of Brown Thomas? For the last 45 years, it has all been down to humble Limerick man Val Holmes. Val told ilovelimerick that he started off in the Brown Thomas display job in 1974 with, “no experience of college or art or anything like that and no training for it,” and stayed there until February 2019. Val had never considered a job in fashion or merchandising before but he admits that he loved it from the very beginning. 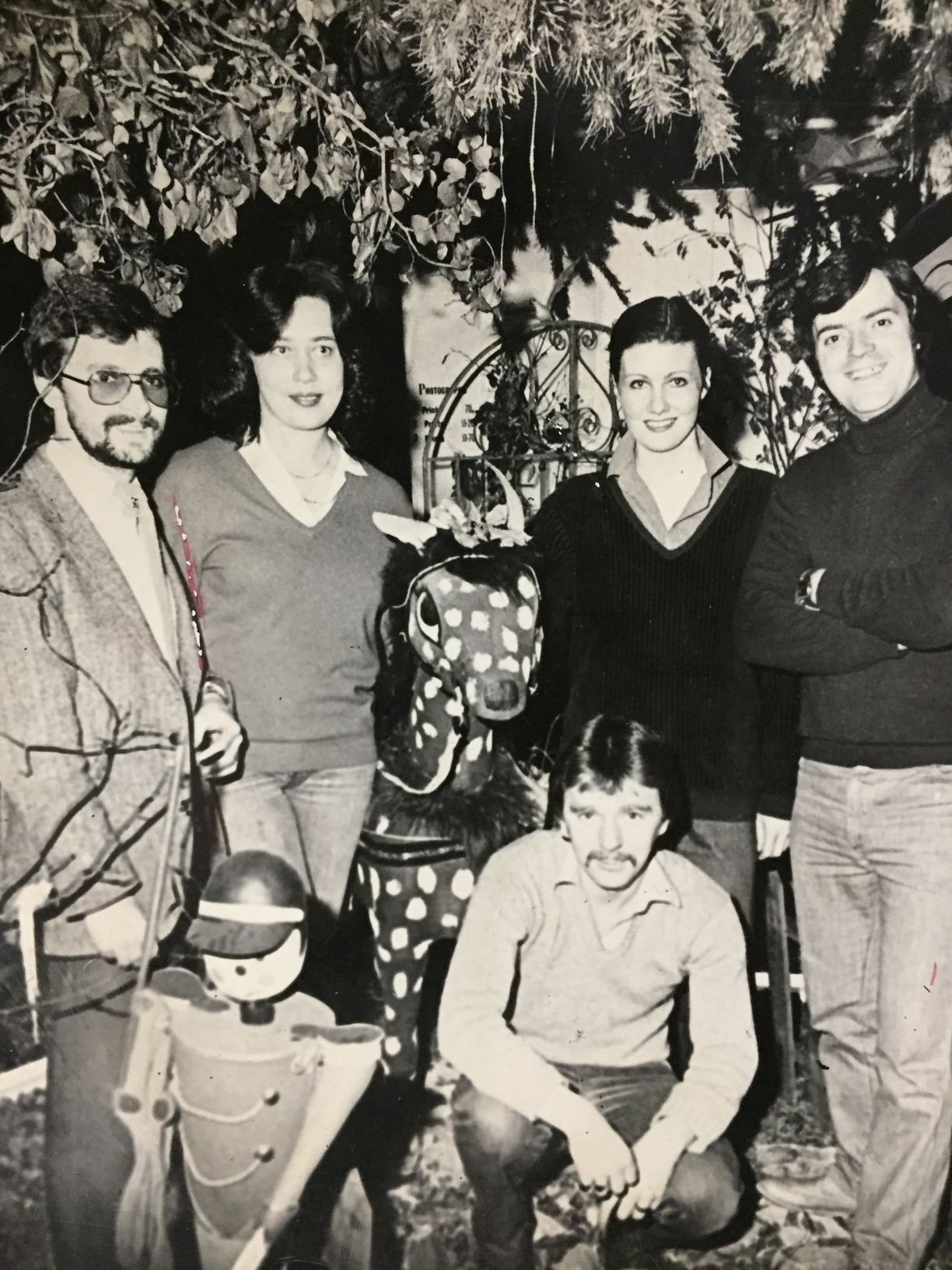 There were two standout events every year for Val and the Brown Thomas team – the annual sales and the legendary Christmas window displays. The BT sales consisted of more than 50% off across all departments from kitchen appliances to linen. The people of Limerick queued for hours for the 9 am specials. The preparation for Christmas would start in April every year. At the beginning of his career, Val and the BT team would fly over to Warrington, just outside Manchester, where they would rent animations for the window displays.

One Christmas display that stood out to Val and the people of Limerick was in 1979, “which was known as ‘The year of the child’ and we displayed fully animated windows and they got the best reaction”. The animated windows consisted of the classic 70’s electronic robots. Window displays are seasonal, meaning every store across Ireland has the same window display at certain times of the year. For Christmas, the window displays rotate around the country and every county get a different theme every year. 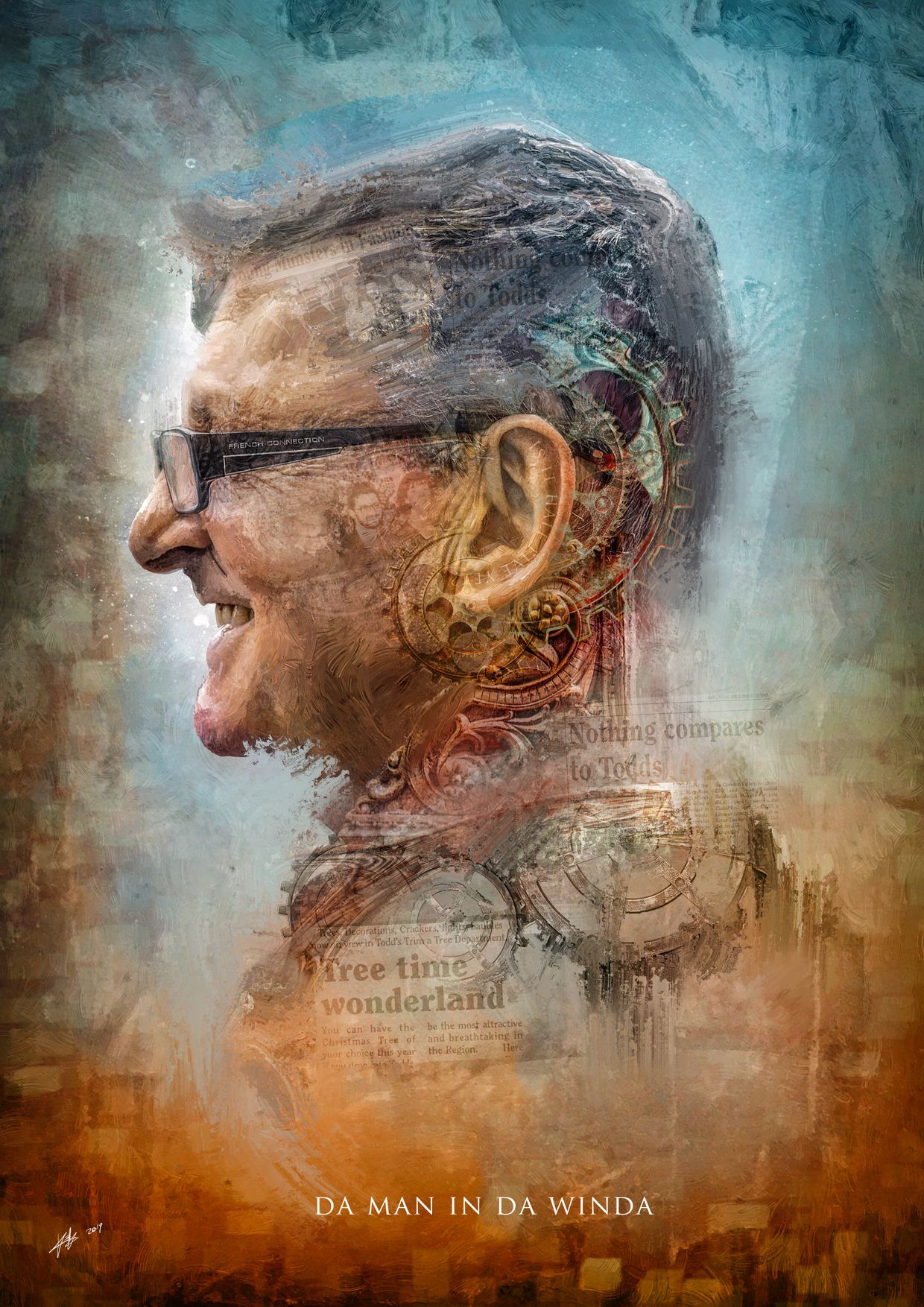 A piece of artwork designed by artist Ken Coleman in honour of Vals 45 years of service.

Val was the longest-serving member of staff to hold the same position in the store out of pure love for his work, “it was a great place to work,” Val gushed. Val struggled to narrow down one favourite memory from his time at Brown Thomas. He organised many trips away for the team including boat trips in Killaloe during the summer, mystery tours and organised the annual Christmas parties which were always great fun. Val highlighted the importance of his team at Brown Thomas and how much they all meant to him.

Val said, “I would like to thank my BT Family and the 90’s Todds Family for everything over the last 45 years and for the unforgettable retirement party that they threw me, which was one of the best nights ever.”