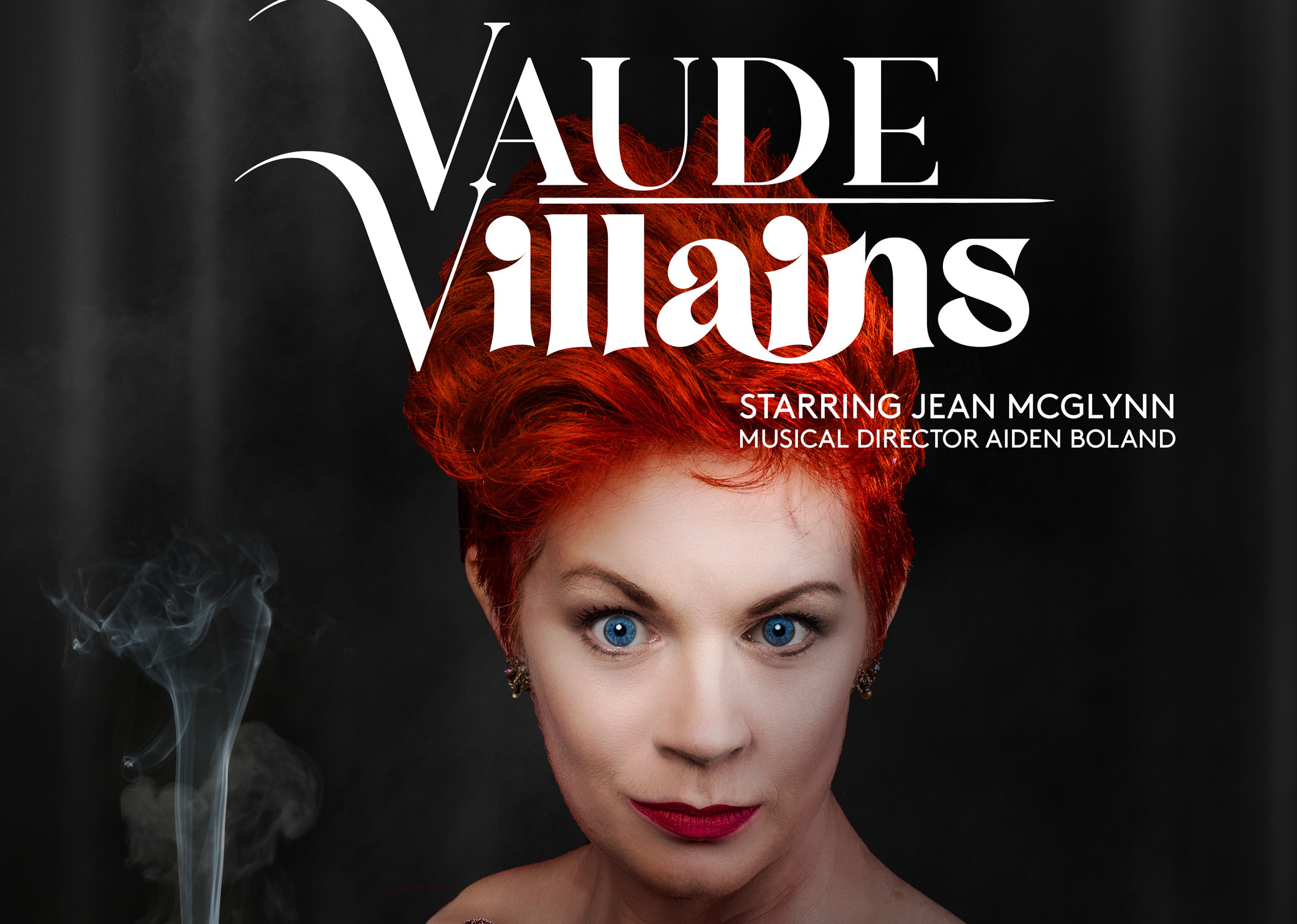 VaudeVillains a Creepy Cabaret of Crackpots, Crooks and Criminals comes to Dolans on Wednesday. November 17

Anyone who has experienced a Jean McGlynn performance will know the magic she brings to a stage.

Dolans Presents are delighted to announce that the hugely popular Limerick performer Jean McGlynn is set for a return to Dolans Warehouse on Wednesday. November 17 with her latest solo creation.

‘VaudeVillains, a Creepy Cabaret of Crackpots, Crooks and Criminals‘ will see Jean perform a newly devised revue show in her trademark cabaret style complete with costumes, choreography and a four-piece band. The show will feature Jean McGlynn present her unique interpretations of some well-known songs from across a range of musical genres.

This ‘cabaret-style production’ that will feature a mix of ballads, up-tempo songs, and rock music from the world of film and theatre as well as some classic songs made famous by artists such as Radiohead, Annie Lennox and The Doors.

Speaking at today’s launch Jean McGlynn said: “The idea for this show came on the back of a lunchtime concert I performed during Samhain in 2019. The concert was well-received by audiences and I decided to develop the concept into a longer, full-length production”.

Currently working as a tutor in performance at the Irish World Academy at the University of Limerick, Jean has devised a show that she describes as a ‘darkly comedic revue with something for everyone’.

She will be supported by Musical Director Aiden Boland on piano, John Daly on drums, Peter Hanagan on bass and Joe O’Callaghan on guitar.

Jean says that getting back to teaching over recent months has been a much-needed boost and has given her the impetus to start creating once again.

“The concept for VaudeVillains has been with me for a long time. I had initially hoped to present the show to Limerick audiences last year but due to Covid-19, obviously had to be put on hold”, Jean says.

“I am really looking forward to introducing the audience to a newly devised piece of theatre that is the culmination of a long but really enjoyable creative process”.

Announcing today’s show, Neil Dolan of Dolans Presents said: “Anyone who has experienced a Jean McGlynn performance will know the magic she brings to a stage. The song list she has put together is so diverse and I am certain that audiences will once again be wowed by the interpretations she will perform on the night”.

VaudeVillains will be performed at Dolans Warehouse on Wednesday, November 17.

Tickets are on sale now and can be purchased HERE