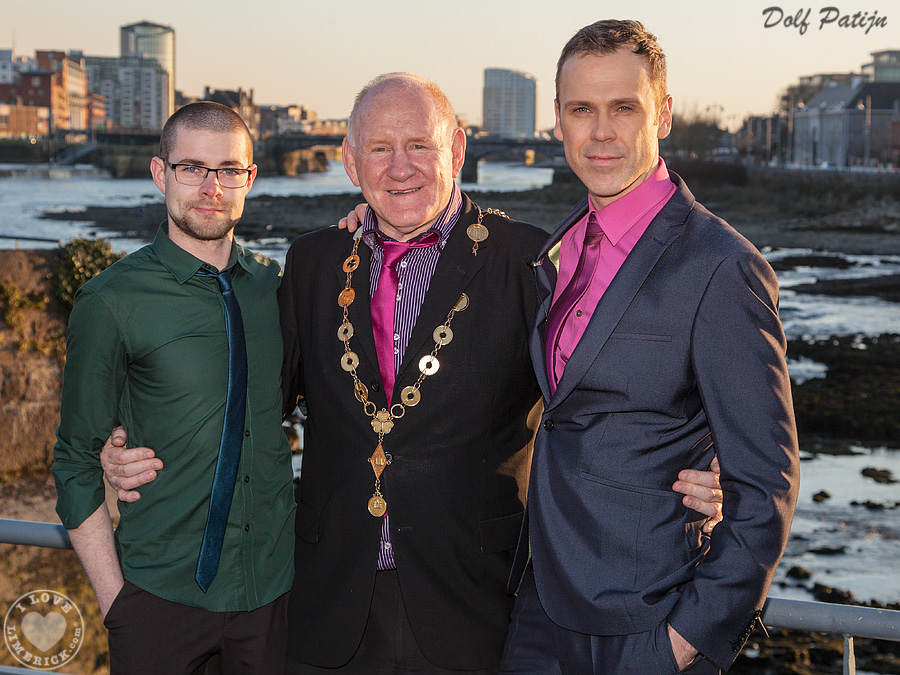 Mayoral Reception for I Love Limerick – We were deeply honoured that the Mayor of Limerick Cllr. Gerry McLoughlin hosted a mayoral reception in City Hall on Thursday April 4th 2013 to celebrate the contribution WWW.ILOVELIMERICK.COM has made to enhance a positive image of Limerick locally and nationally by promoting in particular, the inspiring work being done by the wide range of community groups and charities I Love Limerick has interacted with over the years since its inception, along with our promotion of the artistic, sporting and cultural activities happening every week in Limerick.
While Richard may be public face of I Love Limerick, it is in fact a collaborative effort with many contributors working on all aspects of the project, in particular Seán Wrenn, the second partner in I Love Limerick whose work is invaluable to our success. Seán works mainly behind the scenes managing the website, filming and editing all our videos. Over the years we’ve been lucky enough to work with many talented photographers, presenters, writers and a myriad of others, all of whom contributed to the making of I Love Limerick, Seán and Richard are extremely grateful to them all.
The night was wonderful with representatives from many of the groups we’ve worked with over the years in attendance on the night, it was both humbling and exhilarating and we cannot fully express our thanks to all who were present.
In his speech the Mayor, Cllr. Gerry McLoughlin was most forthright in expressing the view that it was the volunteer efforts of many of the groups present at the mayoral reception, building from the bottom up rather than from the top down that was the future of the regeneration of Limerick, not only of its image but also in improving the daily lives of its citizens.