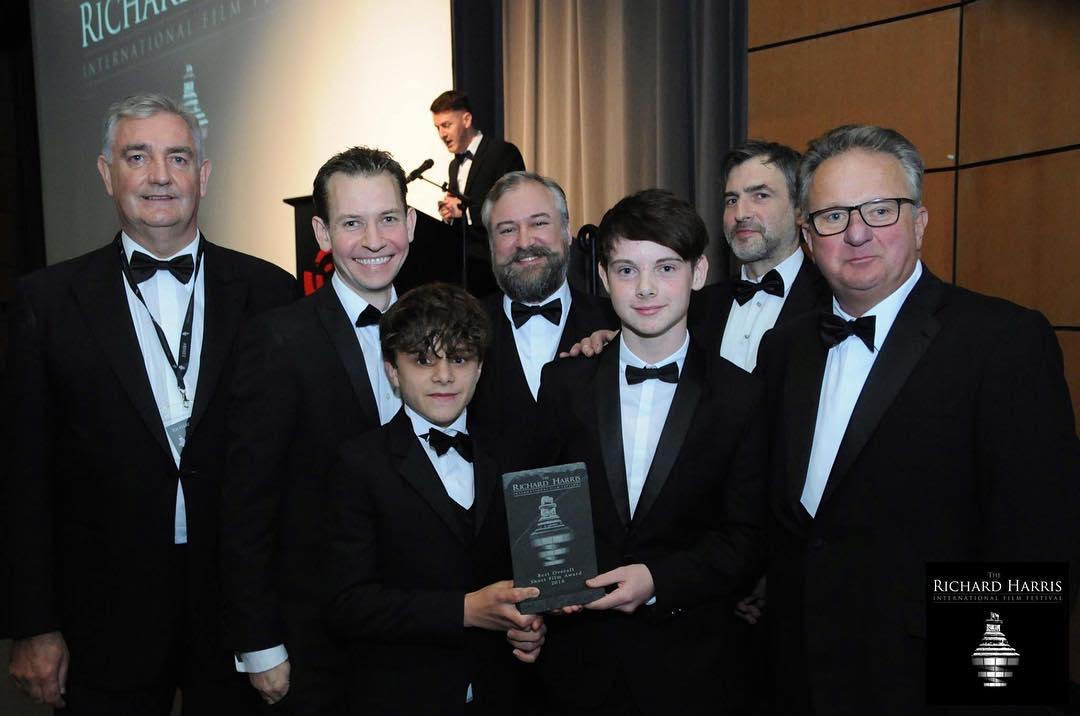 Irish film director, producer and writer Vincent Lambe kick started his career over twenty years ago when he won the ‘Young Filmmaker of the Year’ award at Limerick’s own Fresh Film Festival. Fresh is an Irish organisation that takes place in Limerick every spring. The festival encourages and supports young people from Ireland and international, aged 7 to 18 years old to get involved. Fresh is open to individual filmmakers, schools, youth and community groups within these age categories. The festival provides an opportunity for these young filmmakers to see their work on the big screen, from comedy to animation. This year’s Fresh Film Festival will take place from March 25 to March 30.

Lambe has recently been acknowledged for his new short film ‘Detainment’ (2018), which is based on the horrific true murder story of three-year-old James Bulger in Merseyside, England in 1993. It has been short-listed for an Academy Award for Best Live-Action Short. Lambe has been acknowledged internationally for his film, winning, ‘Young Director Award’ at the Cannes Lions, and other prestigious awards at, the Odense International Film Festival, the Krakow film festival, the Woods Hole International Film Festival and finally he won the Rising Star Award from the Irish Screen America.

‘Detainment’ won ‘Best Overall Short Film’ and ‘Joint Best Actors in a Male Role’, both at the sixth annual Richard Harris International Film Festival in Limerick. Richard Harris was a very successful Limerick actor and singer and was also nominated for an Academy Award for Best Actor in 1967. This Irish film festival celebrates the life and works of Richard Harris and those who follow in his footsteps. The organisers of the Richard Harris International Film Festival, which is supported by Limerick City and County Council as part of the Global Irish Festival, also congratulated and wished the cast and crew of ‘Detainment’ luck at this year’s Academy Awards.

The film incorporates the interview transcripts and records from the James Bulger case. The Mayor of the City and County of Limerick, Cllr James Collins also congratulated the crew and filmmakers. “It’s a wonderful accomplishment for all involved in such an outstanding film. I am delighted you have gone on to achieve one of the highest honours and it clearly shows that the organizers of the Richard Harris International Film Festival have a brilliant eye for talent. We will have our fingers crossed the movie makes it to the next stage,” he said.

‘Detainment’ is based on an extremely sensitive topic which has caused some controversy in the media. Lambe told Good Morning Britain that ‘it is entirely factual, there is no embellishments whatsoever in the film.’ He said the purpose of the film is to get a deeper understanding of the boy’s actions.

Now in its 22nd year, Fresh Film Festival encourages young people from Ireland and overseas, aged 7 to 18 years, to create, exhibit and share films.  The festival provides an opportunity for these young filmmakers to see their work on the big screen and to compete for the title of Ireland’s Young Filmmaker of the Year and to win €1000 towards their next film.  All films submitted are also considered for a range of Specialist Awards including the Radharc Trust Award for documentaries, the Boulder Media Animation Award, the RTE 60 Second Short Film Award, the TG4 Film in the Irish Language award and the RTE Factual Award, in addition to the International and Audience awards.