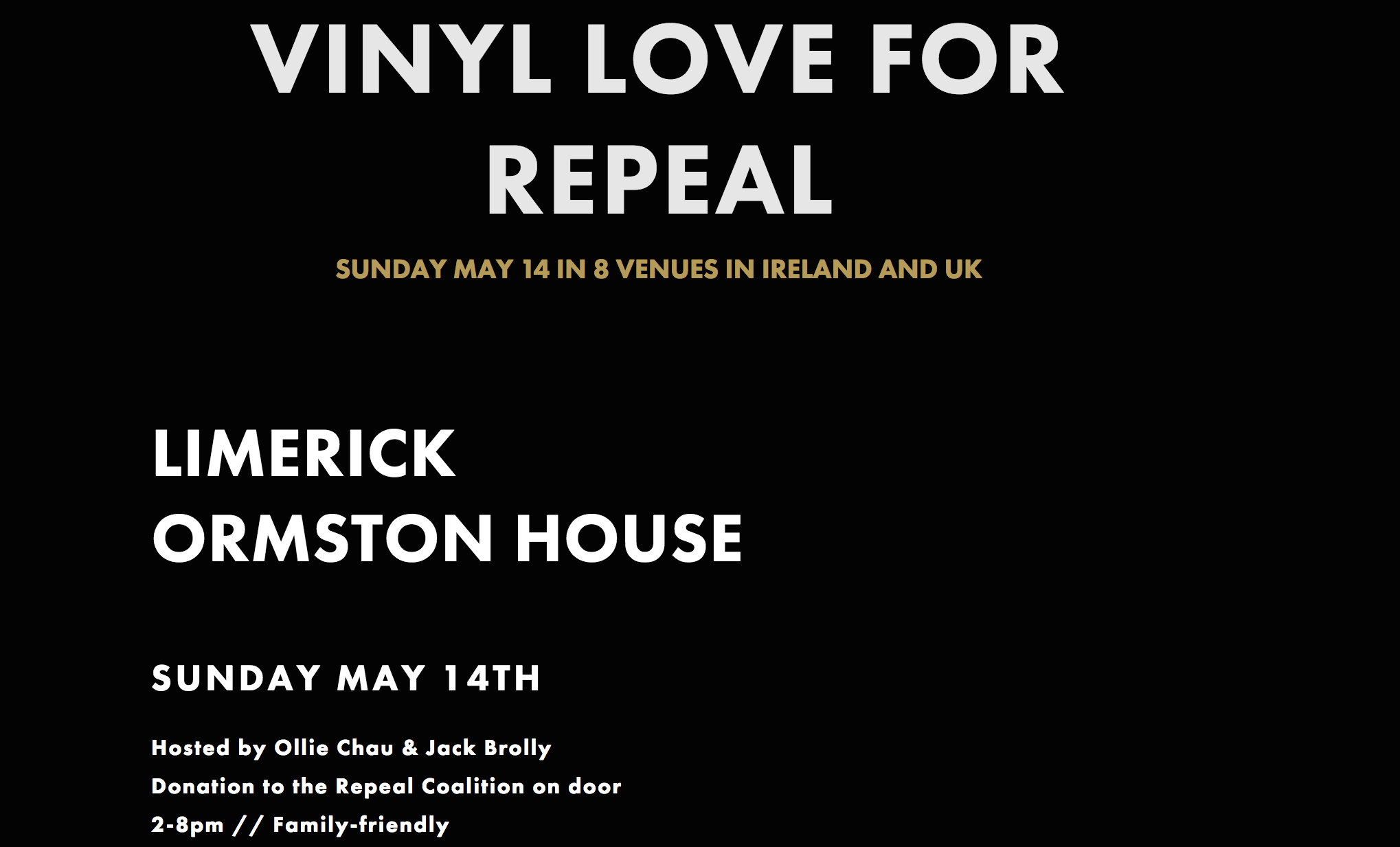 On Sunday, May 14, the Vinyl Love Collective will be bringing you a whole day of DJs, selectors and music lovers playing 8 of their favourite vinyl records simultaneously in 8 cities across Ireland and the UK. Kicking off at 2 pm in each city, come along, check out some seriously great tunes in some seriously great venues. With a suggested donation on the door of €10, all funds raised will go to Coalition to Repeal the Eighth Amendment.

Two years ago, The Vinyl Love Collective raised €4,000 for the Marriage Equality Campaign at a Dublin fundraiser. This year, they turn their attention to raising much-needed funds for the Repeal the 8th campaign with these simultaneous events.

Article 40.3.3, known as the Eighth Amendment, was voted into the Irish Constitution by referendum in 1983. The amendment states: ‘The states acknowledges the right to life of the unborn and, with due regard to the equal right to life of the mother, guarantees in its laws to respect, and as far as practicable, by its laws to defend and vindicate that right.’  The Repeal the 8th campaign works to protect the rights of the mother, and recent movements such as The Vinyl Love Collective for Repeal have been brought to life due to this.

If you would like to donate in advance, or can’t make it along to the event but still wish to donate, please click here.

Click here for event page, location and DJ updates as they happen.

To read stories about other campaigns in and around Limerick, click here.