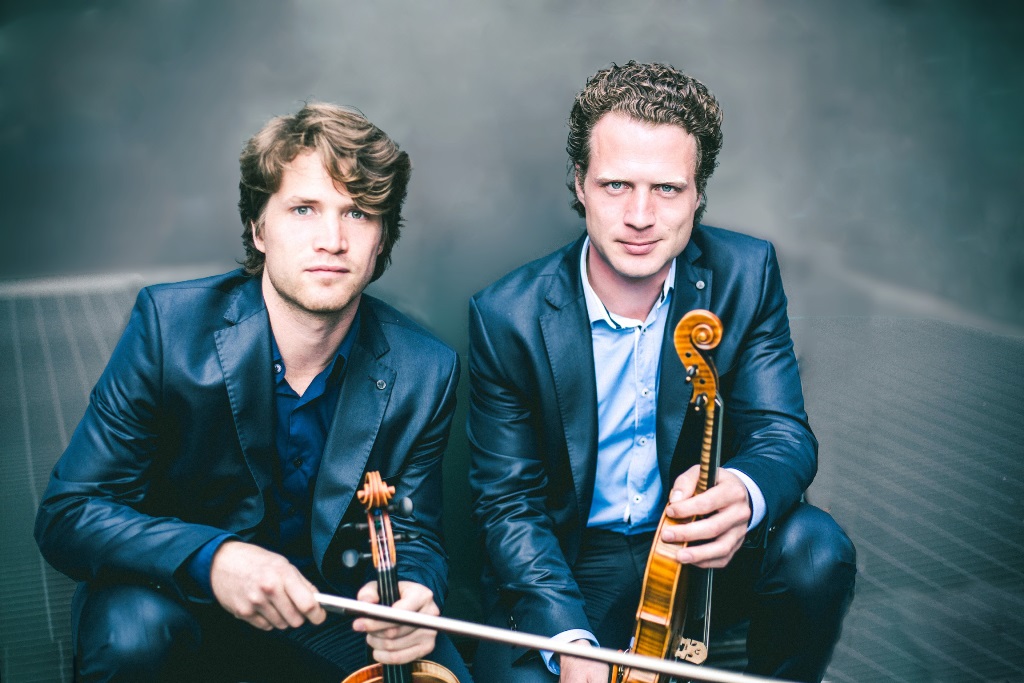 Vladimir and Anton Jablokov at UCH on Mar 8.

Vladimir and Anton Jablokov are performing at the University Concert Hall, Limerick, on Sunday 8th March at 8pm. Tickets are €20 and booking fees apply. Vladimir and Anton are Slovakian sibling musicians with a shared rare gift – mastery of the classical violin.

Vladimir Jablokov is well known to music fans in Ireland. In the ten years he has lived and worked here, he has developed a loyal fan base for his musical adventures, from the crossover pop & jazz world of Classical Twist, to his festive family show Vladimir’s Viennese Christmas, as well as guest starring in Fiddler On The Roof and being musical director on popular celebrations of the music of both Mario Lanza and Joseph Locke.

Vladimir is delighted to introduce his younger brother Anton for his next musical adventure – ‘Two Brothers’. Both shared a similar upbringing as the sons of a gifted Russian violinist / conductor, playing violin from when they were toddlers and studying the instrument and music theory at the Conservatoire in Bratislava. However, while Vladimir rebelled against the rigorous daily discipline and left for Ireland in 2004, Anton is completing his Master’s degree in musical performance at the acclaimed Conservatorio della Svizzera Italiana in Lugano. Paradoxically, it is Anton who has developed an astonishing flair for improvisation; which makes for a thrilling and inventive contrast with his older brother’s assured mastery and classic touch.

Twenty years of playing together gives the Two Brothers an almost telepathic sense of musical intuition. Pushing each other on to greater heights of artistic expression, joyful harmony and thrilling clashes, this is sibling rivalry sound tracked like you have never heard it before. These duelling violinists are ably accompanied by the superb Adam Kuruc on piano, as they present their unique interpretations of jewels and gems from the rich heritage of central and Eastern European classical music; from Viennese trinkets, to Russian masterpieces, adding some Romany fireworks  and well known favourites from the stage and screen for good measure. Hear pieces such as ‘If I were a Richman’, ‘Sunrise Sunset’, ‘Dark Is The Night’ and ‘Those Were The Days’ as well as well-known themes from Dr Zhivago, West Side Story, The Godfather and other cinema favourites.

“Two Brothers” is released on Rubyworks through Warner Music on Friday 27th February.