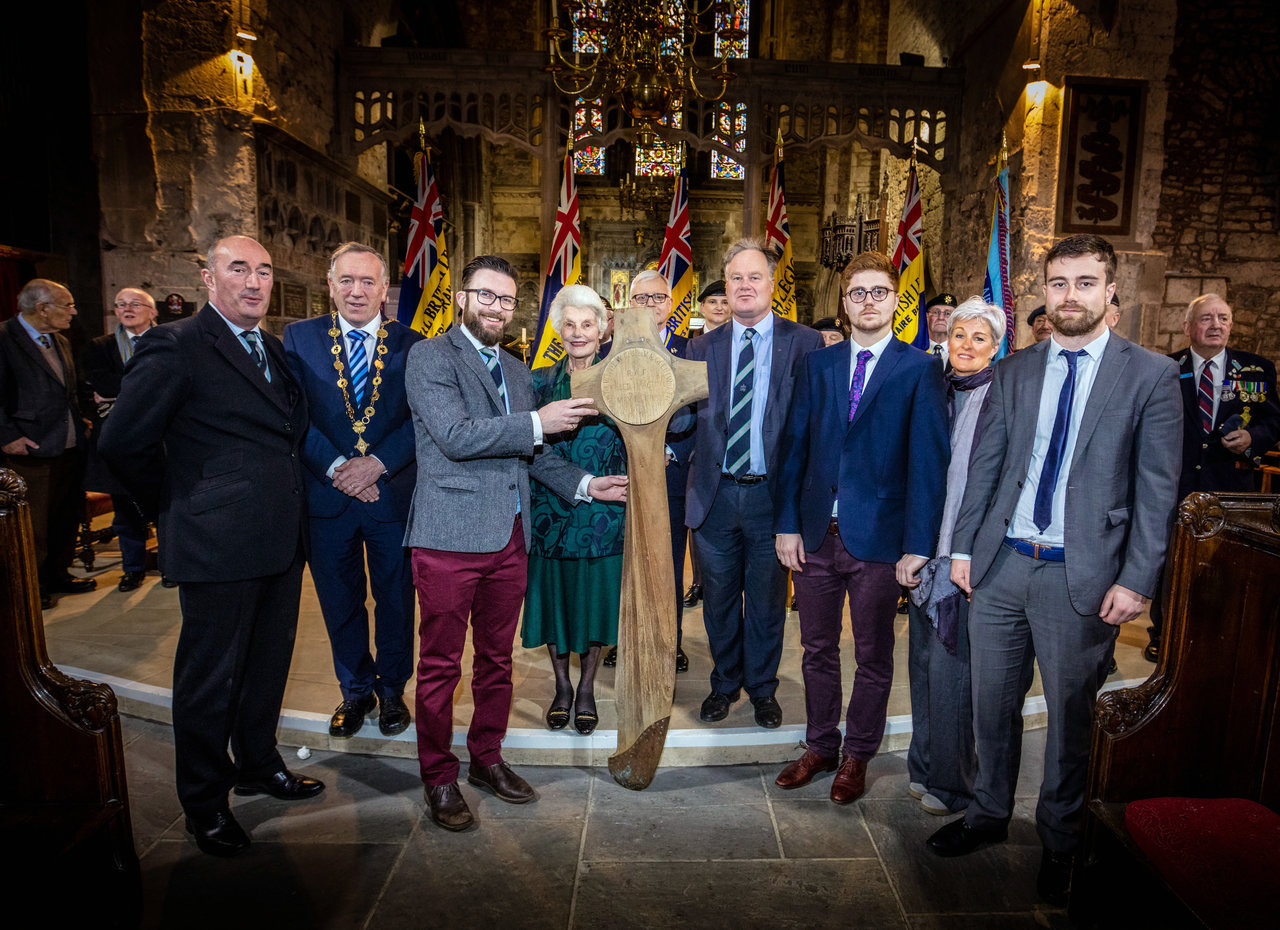 The commemoration of the death of Viscount Glentworth, who died when his plane was shot down during World War 1, was held at St Mary’s Cathedral in association with Limerick Civic Trust.

The centenary of the death of Viscount Glentworth was commemorated at St Mary’s Cathedral on Sunday 8th April 2018. Originally from Pallaskenry, he died when his plane was shot down during World War 1.

Among the Pery family in attendance were Sylvia Countess of Limerick CBE and her son, Edmund, 7th Earl of Limerick, who are both patrons of Limerick Civic Trust.

Edmond Claude de Vere Pery, Viscount Glentworth was raised at Dromore Castle, Pallaskenry.  He served in World War I as a soldier and airman and died in 1918 aged 23, shot down over the Western Front in France.

His sister Lady Victoria Pery who was a distinguished aviatrix in her own right died in 1919 of the Spanish Flu.  Both are commemorated on the rood screen erected in their honour in the Cathedral.

Speaking at the presentation, David O’Brien, CEO, Limerick Civic Trust said “We are extremely grateful to the Perry Family for this donation.  The propeller will be a fantastic addition to the artefacts we are gathering for our museum project at St Munchin’s Church that will help tell Limerick’s military history, in all its guises, from the time of the Siege of Limerick right up to the world war.”

“Our campaign to gather other unique artefacts with a strong Limerick connection is gathering momentum and we are delighted to announce that we are due to receive some documents relating to the structure of the city which we will be making available to UL’s Glucksman Library for research and documentation,” he concluded.

The Trust undertakes projects that make places more attractive, enjoyable and distinctive.  Whether it is improving or maintaining a graveyard, a riverside walk, community garden or City Street, the Trust’s work aims to promote civic pride.  The Trust also undertakes conservation and preservation projects as well as Educational and Research work.

For more on Limerick Civic Trust from I Love Limerick, click HERE