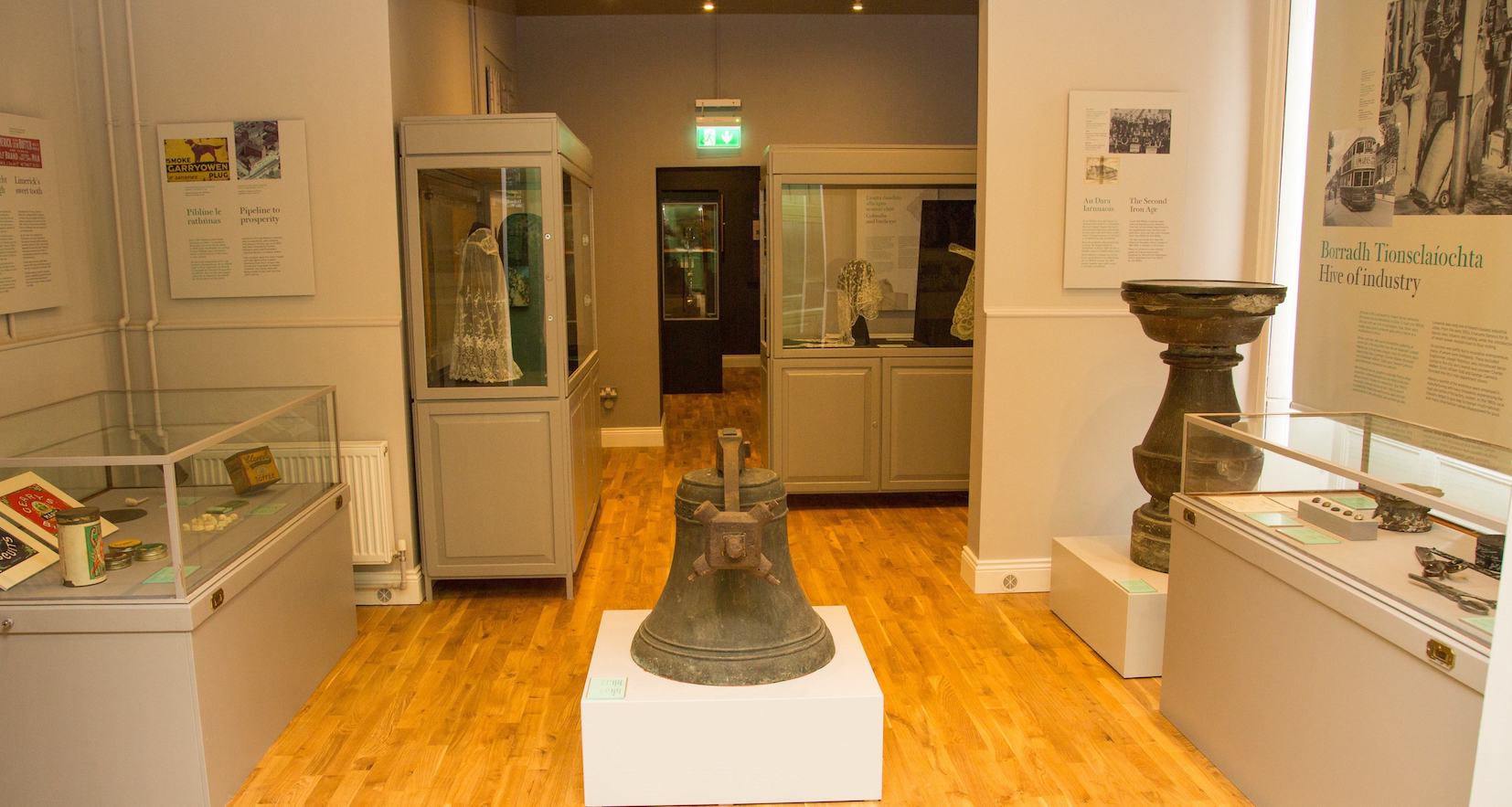 Limerick Museum houses one of the largest collections of any Irish museum. Picture: Alan Place

2018 was the first full year for Limerick Museum at its permanent home since it moved to the Old Franciscan Friary on Henry Street, in Limerick City Centre.

Established in 1907, the museum is the oldest local authority museum in the state and is owned and administered by Limerick City and County Council. It also contains one of the largest museum collections in the country, with over 60,000 objects in its care.  Among the more unusual artefacts are the mummified Ireton’s Cat, found on Nicholas Street in 1894; a fragment of the largest meteorite that ever fell in Ireland in 1813; and two World War II gas-masks, that fortunately never had to be used.

Dr Matthew Potter, Curator of Limerick Museum said: “We’re so pleased, this is absolutely fantastic news.  We have a very interesting offering – a unique collection that tells the 9,500-year-old story of Limerick city and county through its objects, from Stone Age axes to medieval coins, from the civic sword of Queen Elizabeth I to medals presented to veterans of the 1916 Rising.”

“Since the Museum opened in its new permanent home in Henry Street, we’ve noticed a lot more people coming through our doors.  We have fantastic visibility and visitors are coming from all over Ireland and further afield to view some of the amazing artefacts we possess, and to get a sense of what Limerick was like centuries ago.”

Limerick Museum is dedicated to the memory of Jim Kemmy, the former Democratic Socialist Party and Labour Party TD for Limerick East and two-time Mayor of Limerick.

In addition to displaying a selection from its permanent collection, the building also hosted eleven temporary exhibitions in 2018, which attracted a wide variety of visitors.

Among the exhibitions were:

The last pop-up museum of 2018 took place in Patrickswell Resource Centre.  Dr Matthew Potter brought along a selection of Patrickswell-related objects from the Museum’s collection including the Tricolour flag of Patrickswell C Company 3rd Battalion of the Old IRA from the War of Independence inscribed with names of many of the deceased members, old photographs and other fascinating material.

Dr Potter added: “the whole purpose of the pop-up museum is to make this a community-centric event that empowers citizens to be active contributors to the museum space. The Patrickswell event was focused on bringing people together through stories, conversations and objects. Here, the museum is reinvented not only as an institutional or historical site but as spaces where the community can meet, interact and learn.”

Related Topics:exhibitionlimerick citypop up museum
Up Next