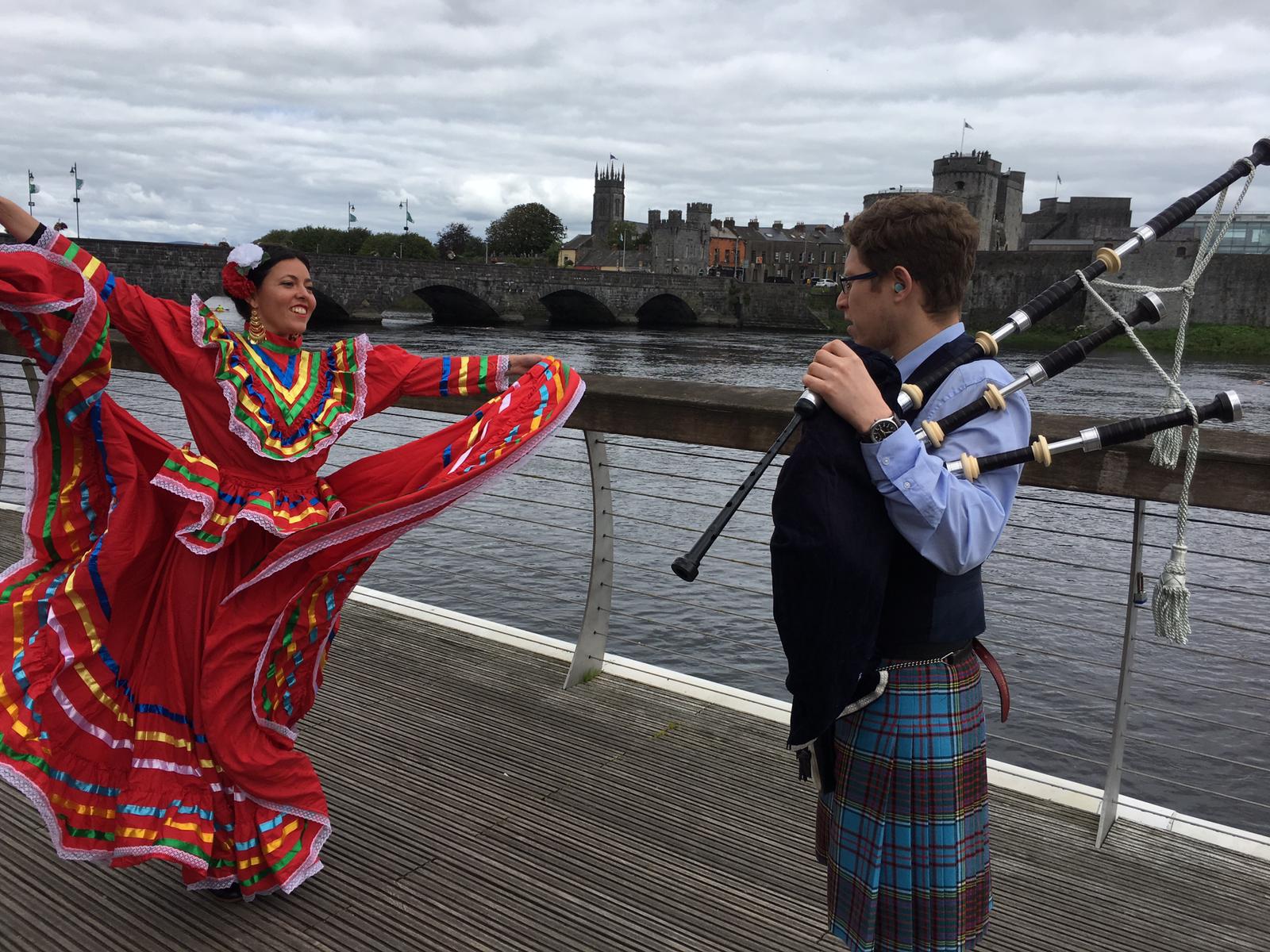 Viva La Vida Festival: music and dance to celebrate life and the mix of Irish, Celtic and Latin America cultures. The Festival will take place on October 25 and 26.

Inspired by Frida Kahlo’s famous painting “Viva la Vida Festival”, is an ode to life and joy despite the human struggles. The Festival will showcase Latin American culture through a positive array of activities that are planned for this two-day festival that will take place on October 25 and 26 at the Central Buildings Community Centre on O’Connell Street in Limerick City.

This will be the first Latin American Festival to be held in Limerick city. Yoavanna Torres, who is from Mexico and a professional dancer of Mexican Folk and Irish Dance and Noelle Araujo, a Brazilian culture producer are together producing the festival.

They said, “We’ll connect artists from all over the world to produce opportunities for multicultural exchange, through educational events, community workshops, and live music and dance performances.”

The festival represents the daily struggles experienced by immigrants. Despite various challenges, it also says that life is wonderful and worth celebrating, in this case with lots of music and dancing.

The organisers said, “The purpose of the festival is to raise awareness about Latin American cultures, and at the same time build a bridge with Irish culture since we want to thank the country that has received us with such generosity and open arms”.

Viva La Vida Festival: music and dance to celebrate life and the mix of Irish, Celtic and Latin America cultures. The Festival will take place on October 25 and 26.

The festival will have workshops, performances, and concerts. The workshops will include face-painting and sugar-skull decoration in preparation for the Mexican Day of the Dead, painting of Mexican alebrijes (brightly coloured Mexican folk art sculptures of fantastical creatures), Brazilian Capoeira dance, Brazilian percussion, and the creation of Brazilian kites.

Each workshop will include educational information about the origins of the various art forms and will highlight similarities to Irish culture, such as links between the Mexican Day of the Dead and Samhain, the Gaelic festival marking the end of the harvest season and the beginning of winter of the year, a Celtic root of Halloween.

On Friday, October 25 there will be a fusion performance of Irish and Latin American music featuring The Irish World Academy of Music & Dance alumni Paddy Mulcahy, Lenka Hoffman, and Liam O’Boyle, and also the participation of Los Paddys de las Pampas, a musical group based in County Clare which combines Irish traditional music with South American folk.

On Saturday, October 26, there will be a concert programme titled ¡Fandango!, featuring Baroque, Classical, and Traditional music and dance from Spain, Portugal, and Mexico, including a fusion of Hispanic music and Irish dance. Performers include Yonit Kosovske (harpsichord and artistic director of ¡Fandango!), Wolodymyr Smishkewych (voice & percussion), Yovanna Torres Blanco ( as a dancer), and a special guest artist traveling from New York, Carlos Cuestas (historical guitar).