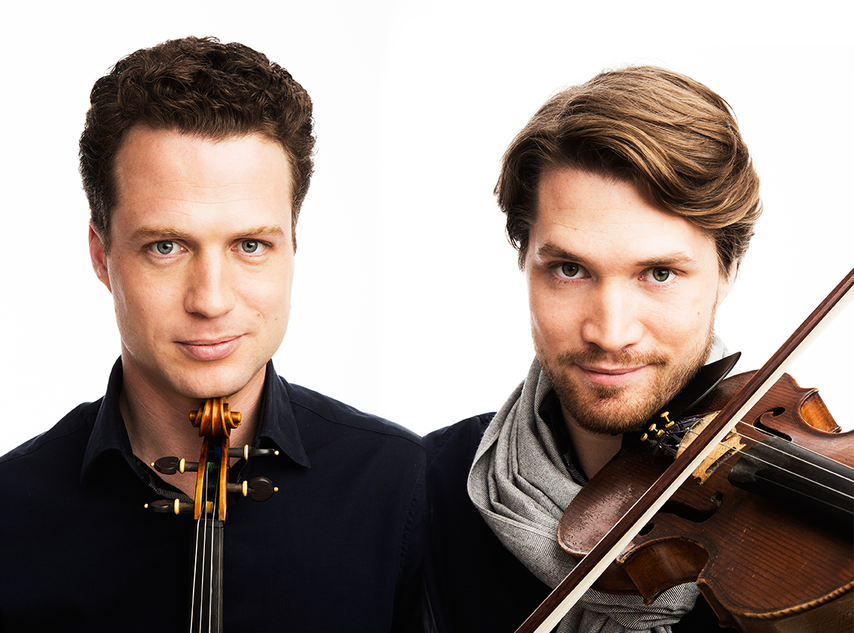 Vladimir and Anton live at University Concert Hall this October 28

Vladimir and Anton, the Slovakian violin virtuosos will be coming to the University Concert Hall Limerick this Friday October 28 at 8pm.

The duo released their new album – Vladimir and Anton Live – on Rubyworks this Friday 16th September. The album was recorded over three sold-out nights at the Wexford Arts Centre earlier this year.

The brothers have been busy touring the UK as special guests of superstar soprano Katherine Jenkins, performing at the BBC Proms in the Park, Northern Ireland and have also played a special concert at the Slovakian Embassy in London as part of the Euros 2016.

This show draws heavily on popular Russian classical music, as Vladimir and Anton have been inspired by the adventures of their paternal Grandfather Nikolaj who was born in Moscow in 1925.

The repertoire draws on material that Nikolaj would have played, old Russian folk tunes and romances like “I Met You”, “Dark Eyes” and “Dark Is The Night” mixed with pieces that resonate with Vladimir and Anton. “Theme from Cheburashka” celebrates an iconic Russian classic cartoon character – part monkey, part bear-cub – who the boys grew up watching on TV, while “Those Were The Days” is revisited as the pieceAnton used to proffer when asked by friends “can you please play something we know?”

The show also includes well-known pieces by Prokofiev, Rimsky-Korsakov and Shostakovich for a thrilling Trans-Siberian musical adventure from St. Petersburg to Vladivostok.

Now resident in Ireland for more than ten years, Vladimir Jablokov has established himself as one of the brightest young stars on the Irish classical scene, with concerts and recordings that show his love of both classical and contemporary music.

Meanwhile, younger brother Anton has completed his Masters degree with honours at the acclaimed Conservatorio della Svizzera Italiana in Lugano, and is now studying for a solo diploma.

Tickets for all shows are on sale now and cost €20, see here for full details.