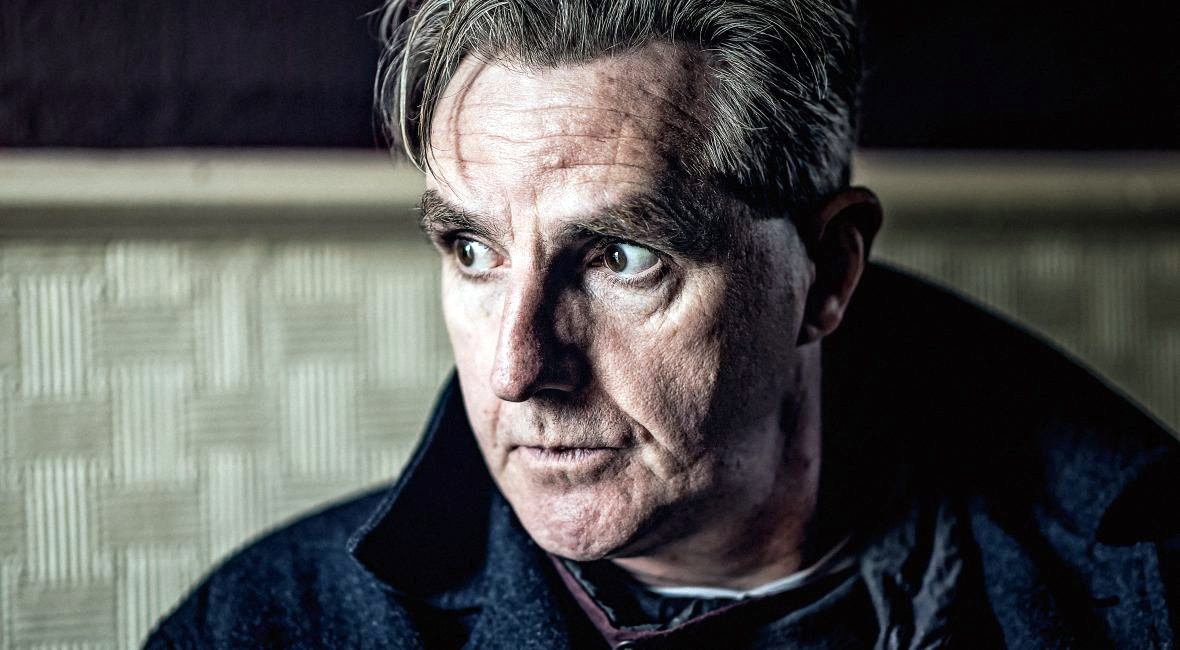 Waiting For Poirot – Pictured above is Limerick’s brilliant playwright Mike Finn who has a new site-responsive production coming this July.

Limerick playwright Mike Finn returns this summer with a new site-responsive production Waiting For Poirot. Following the hugely successful run of Bread Not Profits in Cleeve’s Factory back in 2019, Limerick audiences are in for a real treat with this new comedy.

This July, Honest Arts, in association with Lime Tree Theatre | Belltable present Waiting For Poirot by Mike Finn. Audiences will experience a fast-paced, laugh-out-loud, gripping, awe-inspiring, cliché-ridden, high octane romp. . We are excited to bring live performance Limerick audiences once again in the beautiful setting of the People’s Park. Waiting For Poirot will transform the park every evening into a hive of activity… This is the best show you’ll see in People’s Park this July. You will laugh. You’ll cry. You’ll wish there were toilets.

Waiting For Poirot – the story

The year is 1925, and the fledgeling Irish Free State is trying to find its way in the world while emerging from the shadow of a deadly War of Independence. Meanwhile, a bloody Civil War pitted brother against brother, father against son, uncle against aunt, second cousin against the third cousin once removed and neighbour against the fella around the corner who owns the butchers.

Into this scene rolls a travelling group of players who labour under the title of Sir Montague Garrick’s Travelling Theatre & Electric Cinematograph who have taken up residence in the People’s Park, Limerick. Here, they plan to present the blood-curdling melodrama, Murder In The Red Barn – if they can remember the lines.

However, the curtain has barely risen on this classic play when one of the actors turns up dead! Enter Maguire and Patterson, two ex-IRA gunmen turned police officers who are determined to get to the bottom of the case. Meanwhile, a world-famous detective is due in town – will he solve the issue before them?

However, in a world where nothing is what it appears to be, and no one is who they claim to be, it will take all of Maguire and Patterson’s training to bring the perpetrator to justice. The trouble is, they haven’t had any training. Meanwhile, the body’s gone missing.

With more twists than a helter-skelter and more surprises than a tuppenny Lucky Bag, Waiting For Poirot will have you on the edge of your seat. If you are on a seat. Which you won’t be.

Pius Mc Grath of Honest Arts said, “We feel privileged to have the opportunity to present one of the first live shows in the mid-west region to an ‘in person’ audience this summer, working alongside the incomparable team of playwright Mike Finn, Lime Tree Theatre | Belltable and our ensemble cast and creatives.”

Lousie Donlan, Manager Lime Tree Theatre, said, “The team at Lime Tree Theatre | Belltable could not be more thrilled and delighted to be able to return to live performance, in the company of our best and brightest Limerick theatre talents. What better way to mark the beginning of the end of this terrible pandemic than a tall tale written specifically for the people of Limerick by our very own Mike Finn.

Due to ongoing government restrictions Lime Tree Theatre | Belltable will ensure all our staff, art workers and audiences coming to the show will work within the government guidelines to keep everyone connected to the production safe.

This production would not be possible without the support of the Arts Council and Limerick City and County Council.

Bookings will open late May on www.limetreetheatre.ie – dates, times and booking details will be announced shortly.

More announcements to come before the end of May, watch this space.

For more stories on the Lime Tree Theatre, go HERE