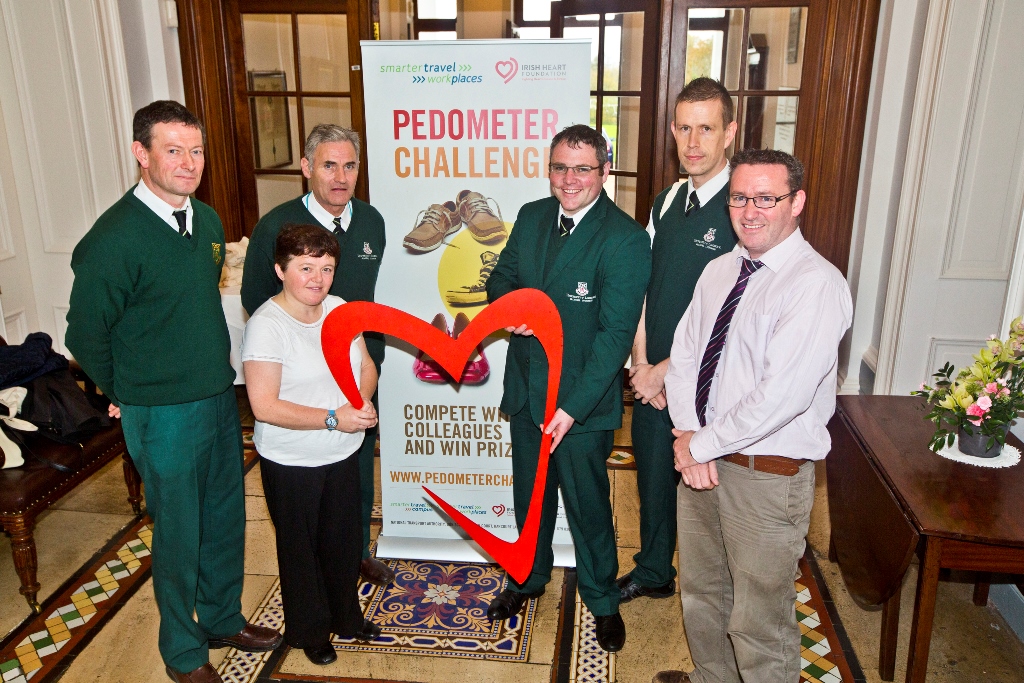 Gerry Murphy, Chief Executive of the National Transport Authority commented: “Over the past seven years, the Pedometer Challenge has proved to be a great way to encourage participants to consider walking as an alternative to the car for the commute. Additionally, participants report increased fitness and a boost in staff morale.  We are delighted to run this challenge in partnership with the Irish Heart Foundation once again this year and help raise funds to support their work.”

Mr Barry Dempsey, Chief Executive of the Irish Heart Foundation commented: “We are delighted to be involved in the Pedometer Challenge again this year; it is a great workplace initiative to encourage and support employees to get more active. Being regularly active, that is 30 minutes of moderate activity five days a week reduces risk of heart disease and stroke by between 20% to 35%”.

John Flynn from Trinity College Dublin was the winner of the Irish Heart Foundation sponsored prize which is a place on their overseas European walk in 2015. The Best Workplace Awards went to SSE Airtricity and Roughan & O’Donovan for being the workplaces with the highest percentage uptake among staff in the Pedometer Challenge.

The Smarter Travel Workplaces Pedometer Challenge, which is organised by the National Transport Authority in partnership with the Irish Heart Foundation, ran for a four week period, and ended on the 5th of October 2014.