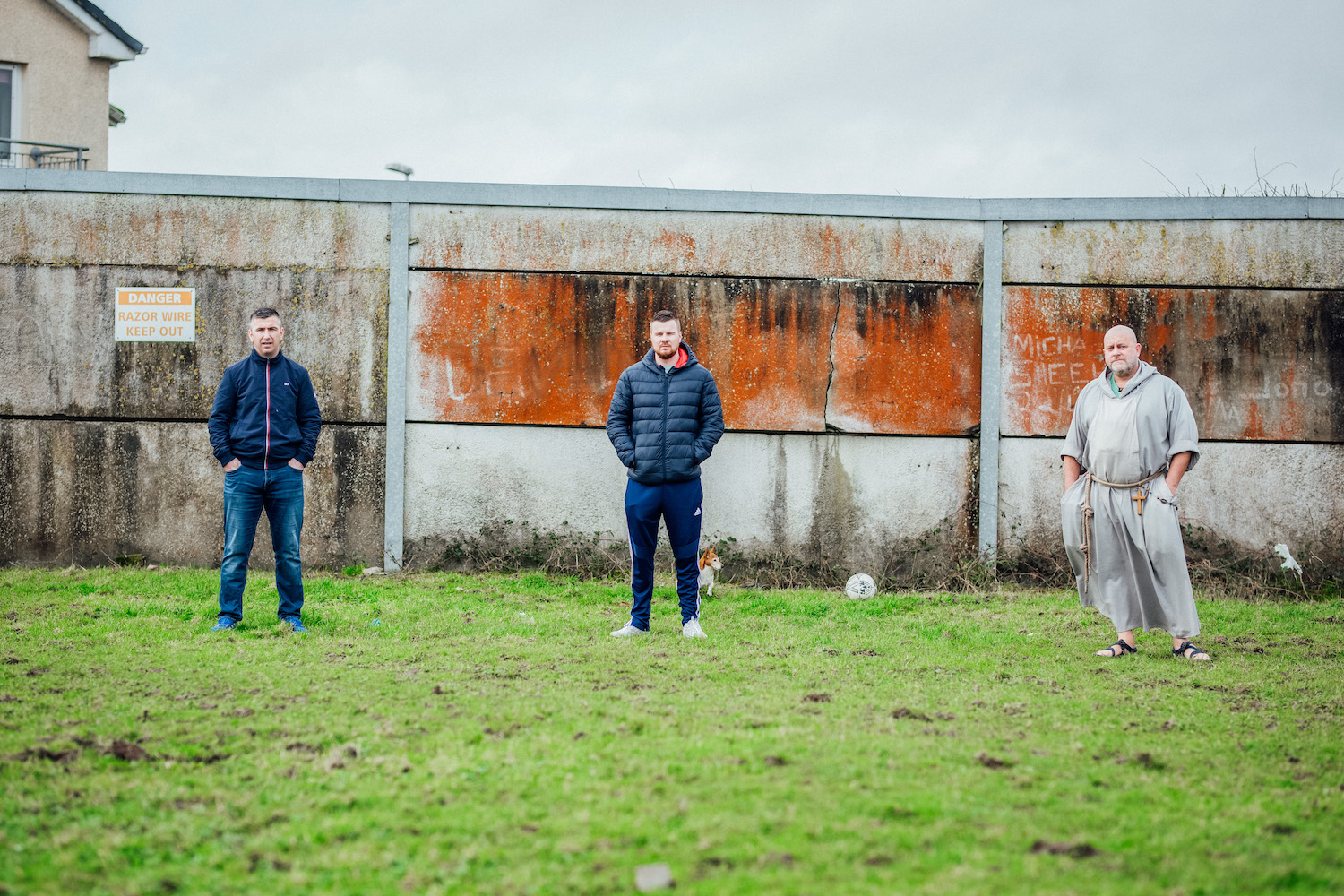 Residents of Moyross want to see the destruction of the 10-foot walls surrounding their area, known locally as ‘The Great Wall of Moyross’. These walls have imprisoned this community for generations. This campaign was started a few years ago and has recently been reignited after the successful developments in the #BuildOurRoad campaign, calling on the government to finish the €58 million Coonagh to Knockalisheen road that would end the isolation of Moyross from the Northside.

Tony Lynch, chair of Moyross Residents Forum, described the road project as “the most vital piece of infrastructure” for Moyross and the city’s northside.

Jamie Daly, part of the Moyross Residents Alliance says the ones who will suffer the most from the long-term impact of the wall will be the children. Tommy Barrett, a resident of Moyross added on Twitter, “I remember playing in that field as a child and the wall going up and this added another layer of hopelessness and feeling of being lesser throughout the community. Classism is the only accepted prejudice left in this country.”

Another resident, Adrian Power said on Twitter, “Walls like this are the ideology of Trump. This kind of planning not only perpetuates exclusion but has done more to entrench poverty and criminality than any gang ever could. Generations of young people in Moyross grew up thinking this was normal and just. Let that sink in.”

Demolishing the wall will provide open access from the estate to Thomond Village, the Old Cratloe Road, and the rest of the northside. Described by residents as the biggest cul-de-sac in the country, Moyross is corralled between the River Shannon to the east and a 2.1km wall and fence to the west that rises to over 4m in height, separating the community from the city. Residents see the upcoming road development as the “gateway to education, employment and opportunity”.

The wall provides a barrier to Limerick Institute of Technology (LIT) and what should be a short walk between Moyross and LIT, is a 29-minute, three-kilometre trek through Ballynanty and Thomond for Moyross residents. A spokesperson for Limerick City and County Council confirmed they were aware of concerns surrounding the walls, saying, “Most recently, in Moyross a section of wall has been brought to our attention that requires some works in terms of its stabilisation – costings and procurement of the works are being reviewed and with departmental approval will be carried out shortly.”

Moyross is a socially excluded suburb and knows the hardships of state neglect, poverty, crime, broken promises, and discrimination based on geographical location. The area is enclosed and ostracised from the rest of the community which results in these hardships and once the road is built and the wall is knocked this will open up the area to the outside world.

Land Development Agency (LDA) chair John Moran says, “In Ireland, we should not build walls between communities, we should take them down.”

Jamie Daly left everyone in the Moyross Residents Alliance on a high note with this message, “Things are going great, a lot of people have acknowledged the wall has to be taken down. The council acknowledges that the wall has to be replaced because there is no place in society for a wall like that and it is a very unsafe structure with kids playing around. It means a lot to us that our community is a safe place and we always strive to make sure our community is a better place for the kids and after this, there are many more battles to improve our area and to show outside what Moyross is about. We’re about change, to be a part of the bigger thing.”